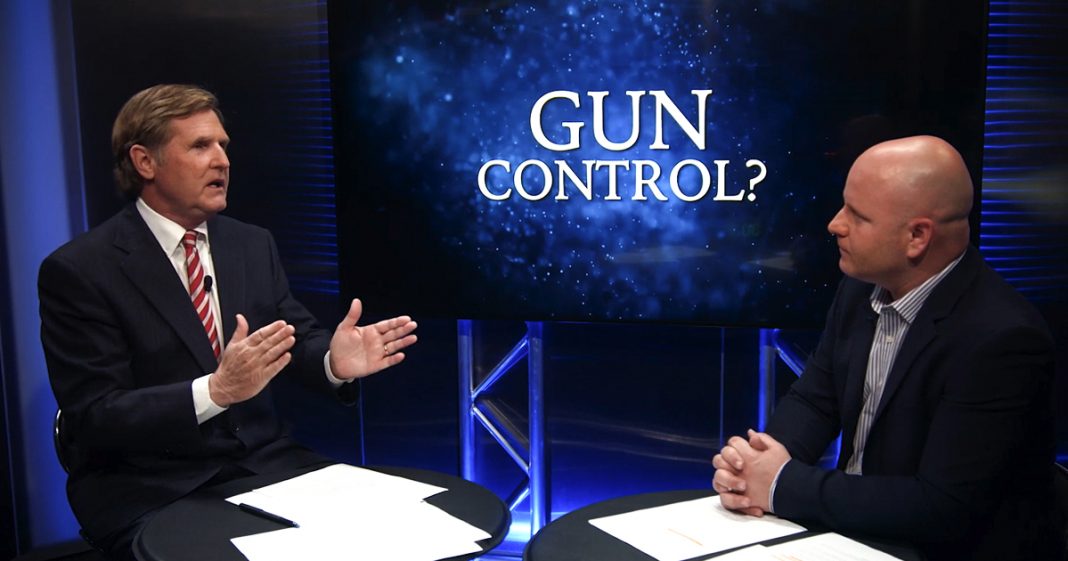 Former Supreme Court Justice John Paul Stevens was back in the headlines after he called for a repeal of the Second Amendment. Ring of Fire’s Mike Papantonio and Farron Cousins explain more.

Mike Papantonio:             After he called for a repeal of the second amendment, a move that has conservatives freaking out. I mean the gun stores must be going crazy right now. Look, this is, I think is a bad move by Stevens. I think you, you would agree. Explain, I think we probably agree on. What is your take on what Steven’s did here?

Farron Cousins:                  Well, you know, following the, the shooting at Marjory Stoneman Douglas High School, we finally had a national discussion because of the, the kids there that got active and made this discussion happen, but we finally get the discussion. We’re getting a little bit of legislation here and there, in Florida and other states, that’s starting to work on it.

You know, it’s not going to fix it, but we’re getting a little bit better gun control where bump stocks might get banned. But then you have John Paul Stevens, a Republican justice by the way, who says, you know what, let’s just ban the second amendment and it just get rid of it all. And that just set back this conversation and the progress.

Mike Papantonio:             Farron, explain how difficult it is to change anything constitutional. I mean people don’t get this. What is it? You have to have two thirds. You’ve got two…

Mike Papantonio:             I mean, we’re talking about virtually impossible. Look, here’s the real, this case can be won. It has to be won under the police powers, you have to take item by item and say we’re taking away the bump stock because the second amendment, first of all, if you assume it, it is real. That people are supposed to have guns. Even if it is, police powers, health, safety and welfare give us a superior position in the argument.

We’re going to trump the second amendment because we believe that health, safety and welfare of our people here in Florida using a bump, using a bump stock that those people are at a greater risk. So this could be won, but it gets, to, to suggest that we’re going to win it by constitutional amendment, Steven’s knew exactly how way out there that it was. It can be won.