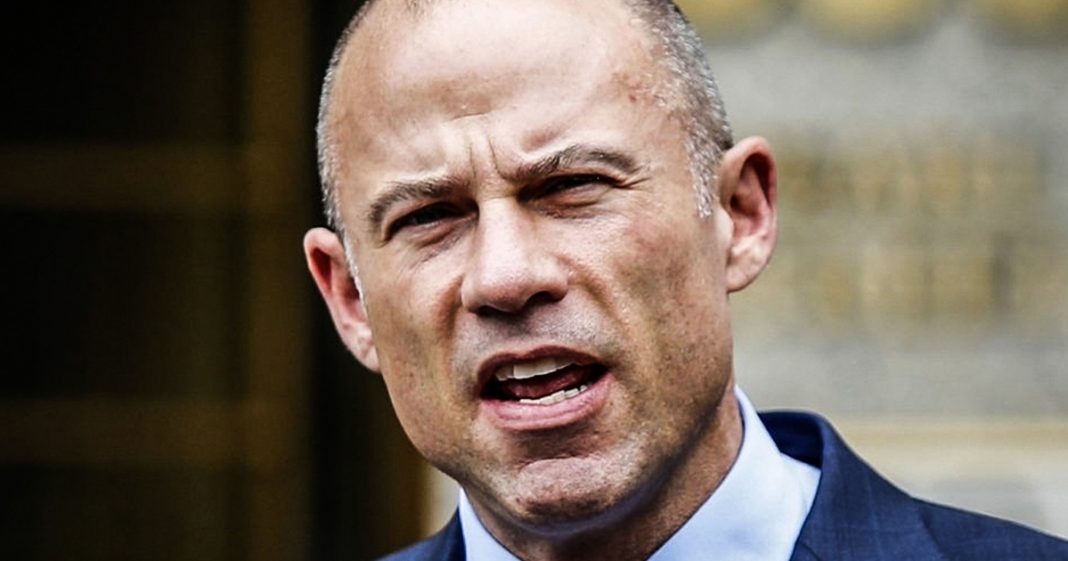 Michael Avenatti has had one of the fastest falls from grace out of anyone in the Trump era of the United States, first gaining national fame and adoration for his representation of Stormy Daniels against Donald Trump, and then squandering it all with a bogus client making fake accusations against Brett Kavanaugh which helped to undermine the entire case against the now-Supreme Court Justice. But things have only gotten worse for Avenatti, as he was hit with multiple charges this week and was subsequently arrested. Ring of Fire’s Farron Cousins explains what’s happening.

If I could go back in time just one week and tell myself from last week that, hey, the Mueller report’s going to come out Friday and the next big profile person to be arrested is going to be Michael Avenatti. I would have been very confused. But that is exactly what happened. And I know all Avenatti was not mentioned in the Mueller report. I just think it’s a fun bit of irony to point out. But yes, Michael Avenatti, the big time resistance. Griff a grifter was arrested on Monday of this week and then after he was arrested, he was hit with even more charges from California. Here’s what happened. Avenatti claimed that he had some big breaking news that was going to reach all the way to the highest levels of Nike and he was going to tell us that news on Tuesday. Well, the reason he told us before he was arrested that he was going to tell us on Tuesday is because a couple weeks ago, actually a couple days ago, he and one of his unnamed co-conspirators called up Nike. They met with them. And, uh, they said, look, we’ve got our client here. Yeah.

And we don’t want this news to make it out to the public. So I don’t, you just pay US 15 to $25 million. And part of that money is going to be used to quote by Avenatti silence according to the filings are naughty, tried to extort money from Nike is lawyers or else he was going to go and run his mouth if they didn’t give into his demands. The next day after that meeting, which that meeting took place on March 19th Avenatti had a phone call with Nike’s lawyers, uh, and he said, I’ll go take $10 million off your client’s market cap. I’m not fucking around this guy’s nuts like this guys, big time nuts.

And it gets so much worse too, because then again, after he was arrested, uh, in New York for the Nike thing, state of California says, well, hold up. We got a bus. This guy, oh no, embezzling a client’s money and tax and wire fraud. Michael Avenatti, the guy who six months ago, you actually had a lot of Democrats clamoring saying, please run for president pre, please run for president. We like you, is now going to be headed the jail because he’s a complete fraud. Now I will fully admit and take responsibility for the fact that in the past I had defended Michael Avenatti record as an attorney. Michael Avenatti as a trial lawyer, had done some good things, but then he got a little taste of fame and that fame came when he decided to represent a stormy Daniels Stephanie Clifford in her case, against Donald Trump. And suddenly the cameras were in his face and he fell in love. He fell in love with the cameras and he fell in love with fame and he fell in love with himself and that was the moment he stopped being a trial lawyer and started to become a grifter. He used his newfound fame to go on Twitter and trashed Donald Trump and gain hundreds of thousands of followers every single month. This guy was everywhere.