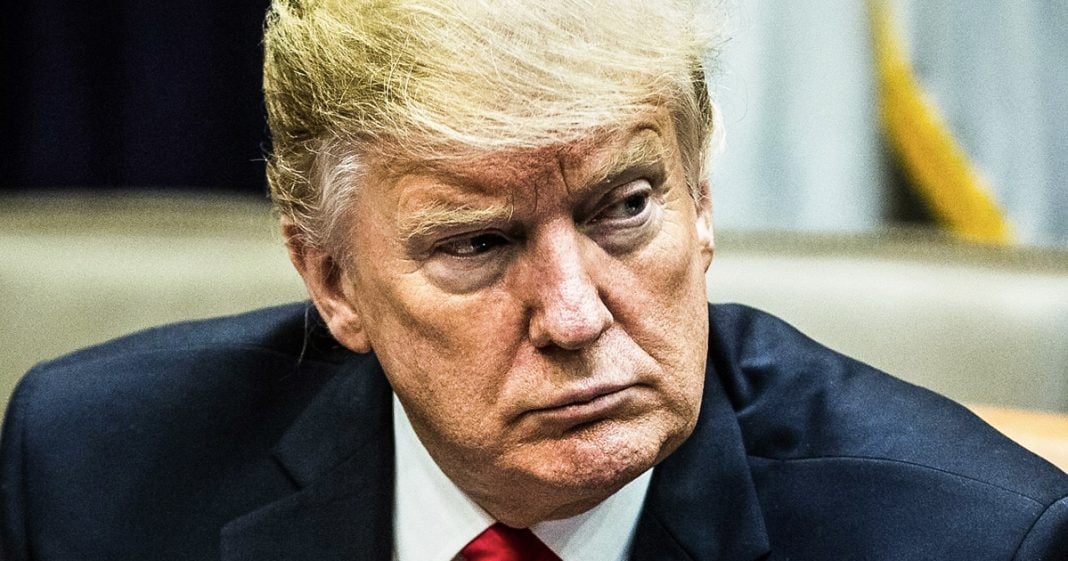 According to new reports, Donald Trump wants media outlets to begin firing reporters who pushed the idea that he had colluded with a foreign power, showing just how little respect this administration has for the First Amendment of the U.S. Constitution. The government doesn’t get to decide who goes on the air or what gets reported, and whether they were right or wrong on this matter is irrelevant. Ring of Fire’s Farron Cousins explains.

Donald Trump is now switching from defense to offense. Now that the Mueller report has been submitted to the US Department of Justice and according to Axios this weekend, Donald Trump was telling his inner circle that he wants firings, not have members of his administration, but members of the media. Donald Trump wants to call for members of the media to be fired if they were talking about the possibility of collusion between him and Russian government officials or really anyone, if you talked about collusion, Donald Trump wants you fired according to this new report. Now, here’s the thing. As I’ve previously mentioned, lots of news outlets. We’re pushing the narrative that yes, something definitely 100% happened. Mueller’s going to find it, and when he does, man, Trump’s days are over. That didn’t happen. Unfortunately, it didn’t happen. But thinking that a thing is going to happen is not exactly a fireable offense and it sure as hell isn’t an offense worthy of the federal government trampling over the first amendment in trying to interfere with the media by having people fired who talked about what was the biggest news for quite some time in this country.

Journalists didn’t necessarily get it wrong. They’re predictions were just not correct. There’s a big difference between intentionally misleading people and telling them something you know is not true versus making a hypothesis based on observable evidence. Actually what we call the scientific method. They didn’t have to conduct experiments to test their hypothesis because we had an investigation and even though they may have been pushing this hypothesis a little bit too aggressively, that doesn’t mean that they intentionally lied to us and that’s what Donald Trump is trying to tell us that they did and he’s going to be saying this for a very long time and unfortunately, William bars letter, it does give Trump a little bit of fuel there. Whether or not it’s true, it doesn’t matter. His base doesn’t care if what he says is true or not. They believe it regardless. And that’s what’s so scary about that, this, that that’s what’s so dangerous.

But at the end of the day, we need to focus on the fact that Donald Trump is actually calling for reporters to be fired, which is a direct violation of the first amendment of the US Constitution. You know, Republicans who claim they love the constitution and liberals hate it, uh, for a party that claims to love this document so much, they really don’t give a crap when the first amendment is trampled all over. When it’s destroyed, when it’s, when presidents break that first amendment, they don’t care. Hell, as long as you don’t ever touch the second amendment, Republican’s are fine with all the other ones getting tossed in the wastebasket. But this is a very real issue and this is a very serious issue and these are the kinds of issues that we can now deal with and focus on now that we don’t have to worry about Mueller dropping his report any day. Now we can focus on issues, we can talk about issues. And we can talk about all of these things that Donald Trump is doing to subvert the u s constitution, for example, calling for reporters to be fired for simply doing their job.