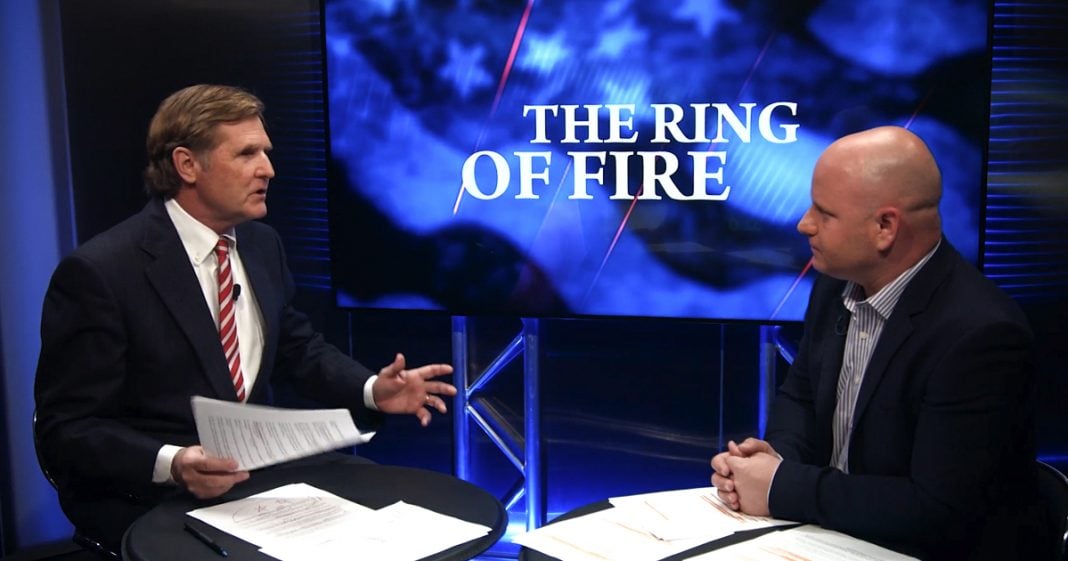 A jury handed down a $3 million verdict against the drug maker, AbbVie, for misrepresentation of their blockbuster testosterone treatment called AndroGel. Ring of Fire’s Mike Papantonio and Farron Cousins explain more.

Mike Papantonio:             A jury handed down a $3 million verdict against the drugmaker, AbbVie, for misrepresentation of their black, their blockbuster testosterone treatment called AndroGel. Just happen, full disclosure, this was one of my law partners that got the verdict. The interesting thing is before that verdict, you’ve got $150 million verdict against, against AndroGel, against AbbVie as a matter of fact, talk about this case a little bit.

What, what is it that should scare people a lot about the use of testosterone, especially the gel? Some people using injections that seems to be much, much safer. Doesn’t seem to be the same kind of problem. AndroGel cream is a huge problem, isn’t it?

Farron Cousins:                  It absolutely is and the biggest problem obviously that we’re seeing, and this is what this lawsuit was based on, was the heart problems. You know, these sudden inflows of these massive doses of testosterone that the company was saying it’s totally safe. Don’t worry about it. And, and you know, to be honest, that, that, that’s part of the story. Yes, they covered up the dangers of this, but at the same time, and there’s been other lawsuits related to this part, they’re basically telling doctors to, to go ahead and start prescribing this for anything and everything you can think of.

Anytime you got a middle aged guy come into your office say, I’m a little sore when I wake up in the morning and I don’t quite feel like I have the energy I used to. Give him a testosterone treatment, give them it for everything you can think of and yeah it may cause heart problems. They may get a heart attack from it, but we’ll, we’ll cross that bridge when we get there, which is always the mantra of, of, of pharmaceutical companies.

Mike Papantonio:             Real quick on this. The documents clearly showed the company absolutely knew that their AndroGel would cause heart failure and heart events. What did they do with it? They covered it up. They lied to the FDA. They lied to the public about how dangerous this is. And sure enough, right now, there are 4,000 cases pending against AbbVie, and I’m telling you, they’re going to get hammered a lot more. Last two cases, $150 million in punitives. One before that, $150 million in punitives.