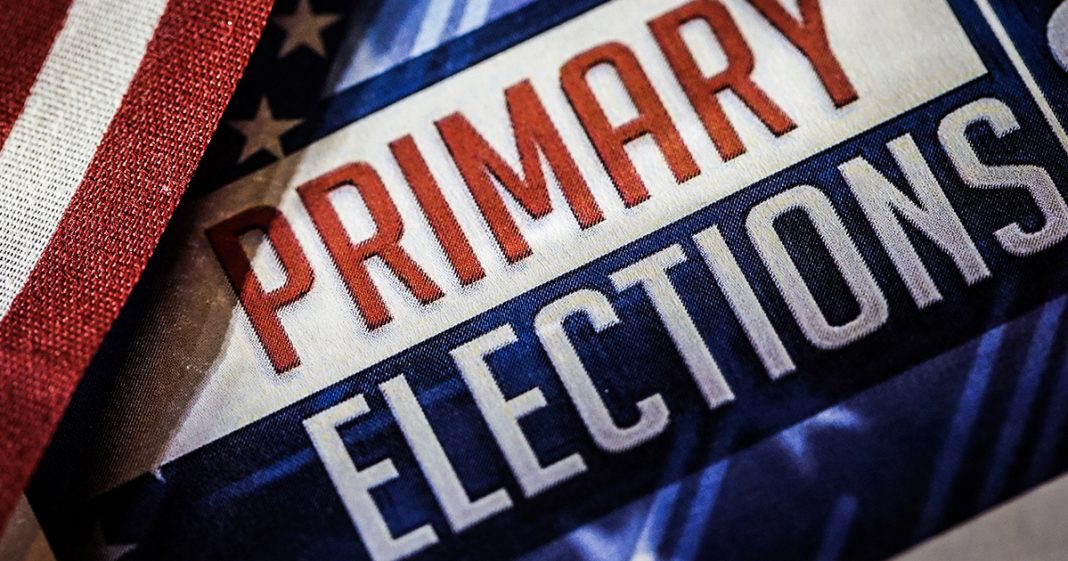 The Democratic Congressional Campaign Committee announced last week that they are considering cutting financial ties with vendors and other campaign providers if they do work for candidates challenging incumbent Democrats. Not only is this decidedly undemocratic, but it also helps to stifle the voices who might make a decent addition to Congress. Ring of Fire’s Farron Cousins explains why the DCCC is wanting to change the rules.

The Democratic Congressional Campaign Committee, the DCCC, which is the House Democrats campaign arm, released a new set of rules this past Friday while everybody was distracted by the Mueller report drop and the rules said that if you are a vendor or a consultant or you work in politics in any way and you new business with somebody who is going to present a primary challenge to an incumbent Democrat, then we’re cutting you off. We’re not going to use you or your service, your business. You as a person if you dare go out there,

okay, and help somebody working to challenge an incumbent. Okay? This is a major story. This, this is something that I think more people need to realize just happened because you have democrats. The d triple C is, is controlled by Democrats in the House of Representatives. It’s, it’s their campaign arm. You know, it’s got the money, it helps direct it, and they’re out there saying, if you support a primary challenger, you’re, you’re cut off, you’re gone, you’re done. You don’t exist to us.

Okay. Here we have this group of Democrats in the house, these establishment types telling us as a country that we’re not going to tolerate primary challengers. We’re not going to have another Alexandria Ocasio-Cortez who primary Joseph Crowley and one an upset that really changed the game. We’re not going to have that anymore, is with the d triple c is telling us in the establishment seems just complicit enough to say, sure, whatever they say, go for it. This past midterm, the 2018 midterms, it changed a lot of things. It changed a lot of conventional wisdom about running a campaign. It changed how candidates operate, and once these new people, including AOC came to DC, they immediately started changing the game over there.

Okay, and the establishment is freaking out about it because they don’t know how to handle it. They see the see change happening across the United States and they want to stop it. They want to take away our voices. If they try to stifle primary challengers, that’s going to limit choice in primaries. It’s going to lead to a lot of people who should be primaried to not be primaried. Leaving voters with no choices. We have the one person on the ballot. There’s no other ones challenging them because they couldn’t get anybody to work for their campaign less. They be blackballed by the d triple c, so they fade into obscurity. They go away forever. We don’t get to know what that person could have brought to the table. We don’t know what kind of transformational figure they have been in the House of Representatives at a time when we desperately need transformational figures serving in DC. We got quite a few of them in this last midterm election, but now the Democrats, the establishment, they’re trying to make sure that we don’t get any more walking into the halls of Congress, which has a decidedly undemocratic thing for this group of Democrats to do.