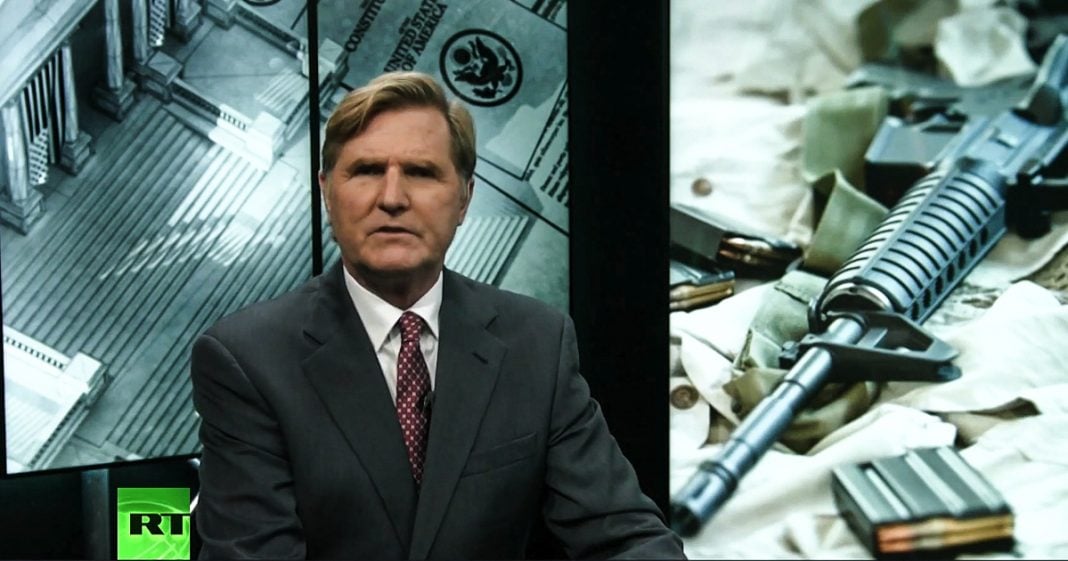 Via America’s Lawyer: The Connecticut Supreme Court has agreed to let a lawsuit go forward against gun manufacturers and distributors over the 2012 Sandy Hook massacre. Mike Papantonio explains more.

And finally tonight, some good news. The Connecticut Supreme Court has agreed to let a lawsuit go forward against gun manufacturers and distributors over the 2012 Sandy Hook elementary school massacre. According to the lawsuit filed on behalf of victims and survivors, gun maker Remington sold their AR-15 by marketing it as a civilian alternative to automatic weapons used by the military.

This appeal towards military cool made it attractive to people like Adam Lanza, the man who carried out the attack. Currently, gun makers and retailers have immunity from lawsuits thanks to the 2005 Protection of Lawful Commerce in Arms Act, but there are loopholes to that immunity. And several past lawsuits had been successful in court, resulting in multimillion dollar verdicts for the victims.

One of those loopholes includes the negligence sale of firearms to people who are obviously a threat to others. This lawsuit that will now move forward is hoping to prove that the marketing of these weapons of war is what’s causing individuals to use them to murder American civilians and the Connecticut, Connecticut Supreme Court has given them a chance to prove that at trial.