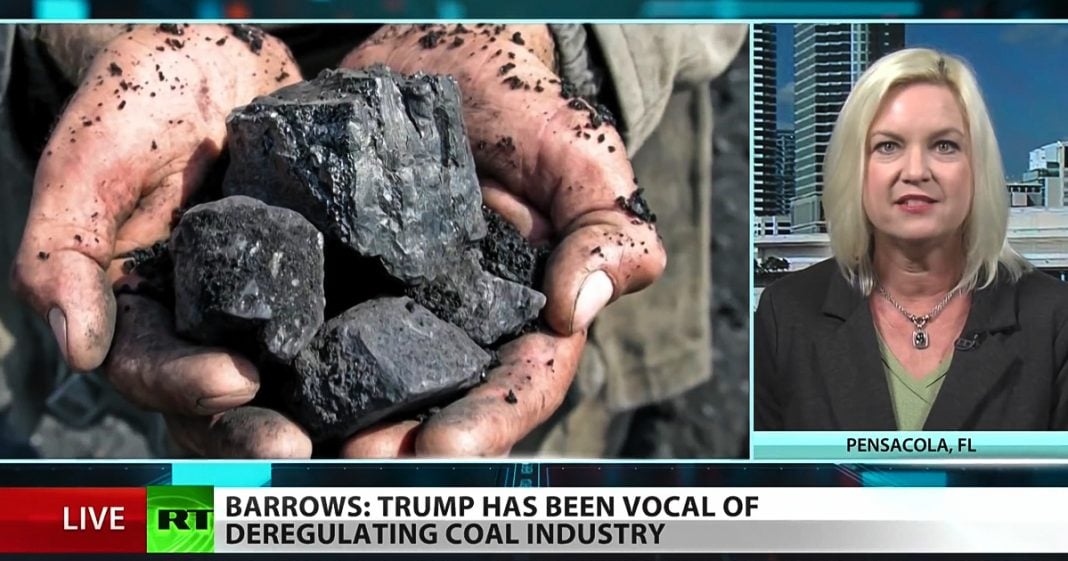 Via RT America: Black lung disease — which afflicted coal miners decades ago — has re-emerged at rates never before seen. This while the Black Lung Disability Trust Fund, funded by a tax on the coal industry, is being drained. Legal journalist Mollye Barrows sits down with RT America’s Manila Chan to discuss.

Manila Chan:                       The black lung disability trust fund funded by a tax on the coal industry is being drained as Congress and the Trump administration cut its funding and are allowing it to just expire. To discuss the reasons for this, we’re being joined now by Mollye Barrows, legal journalist for the Trial Lawyer Magazine. Mollye thanks for being with us today. Before we get going here, we, I want to play you a sound bite from Senator Joe Manchin on this very topic and we’ll talk about it on the other side.

Senator Joe Manchin:                       Those are about to let another coal company shirk their responsibilities and get out of paying for healthcare and pensions that the coal miners have earned and deserve. They’ve worked for this. They’ve negotiated. They’re not asking for a handout. They’re asking to get what they paid for, what they negotiated for, what they didn’t take home to their families. We have to keep our promise that was signed into law and the Krug-Lewis agreement. This goes back to 1946. 1946 the only one of its kind that makes sure that we protect our patriotic coal miners’ healthcare and pensions.

Mollye Barrows:                Well, there are a number of legislators who are working to reestablish this tax that basically was allowed to expire that helps fund health benefits for coal miners for example, that are affected by the black lung disability. And yes, as he mentioned, there are a number of funds that had been established dating back for decades. But it is unfortunate because unless Congress acts to reestablish this tax, these workers that are basically using this money now to fund their healthcare, aren’t going to have that option if it does, if it is allowed to expire.

So the black lung disability trust fund, it was established way back in 1978 to finance workers’ black lung disease claims, and it’s funded through a tax on per ton sales by coal mine operators. Now it’s in danger drying up as we said, because it was never restored by Congress or the Trump administration amid that government shutdown.

So as of January 1st that fund is now getting about half of what it normally gets. Now this move obviously going to potentially save coal mine operators hundreds of millions of dollars a year. They supported seeing this tax expire, but now that the fund, which actually helps around 25,000 retired coal miners, they rely on this to pay for very expensive medical bills and that could dry up by 2020 as a result if something isn’t done to reestablish this tax.

Manila Chan:                       And now Mollye, a lot of people I think aren’t, they don’t know or they’re not aware that, for example, the coal miners of Appalachia back in the, in the late 1960s who went on a militant labor strike to call attention to this disease, to black lung and other hazardous working conditions. They are largely responsible for forcing the coal industry to, to better protect it’s workers. How has the coal industry become deregulated so that workers are, are now again in danger?

Mollye Barrows:                Well, as know, most recently, certainly Trump has been very vocal about deregulating the coal mining industry. Other senators as well. You’ve got Mitch McConnell of course, in his home state. They’re big supporters of the coal industry as well. So these are, these are politicians who also receive a lot of money from the coal industry, but it’s been going back for decades. It has steadily become deregulated to a certain extent, mostly out of environmental concerns.

People realize the toll that it takes on nature, whether it’s, you know, stripping mountains and harming the, the land environment, but also water as well and then in the air. So that’s kind of what you’re seeing with a lot of these diseases like the black lung. As a result of the steady deregulation to a certain extent, coal miners are allowed to work longer hours which may expose them longer to disease to, to, to exposure of like coal mining, dust. New machinery that even makes that dust finer.

So a lot of these miners because of deregulation or potentially being exposed longer and to finer dust, if you will, so they’re not entirely sure what all the reasons are that cause black lung, which is like pulmonary fibrosis, essentially scar tissue building up on the lungs, among a bunch of other different diseases. But they suspect that those are one of the main causes. And it, and while it may benefit a dying industry because the coal industry, because of environmental regulations certainly isn’t going to be seen as that, you know, something that’s going to grow.

Still, these regulations like not, you know, restoring this tax, it may give them a boost in the short term, but in the meantime, you have thousands of coal miners that are still dealing with this disease and they rely on that money to pay for these very expensive $4,000 a month in some cases, medical bills.

Manila Chan:                       Wow. Let me ask you this, Mollye. A lot of people watching this are going to think, okay, well the coal mining industry, you know, a lot of this is a private business or what have you. So what then is the role of the federal government in protecting these vulnerable workers that are seemingly increasingly at risk? You know, even if it’s for the short term that this, there’s a short boom in this business?

Mollye Barrows:                Right. Well, certainly for their long-term goals they have, they have promised these federal workers through various laws that they are supposed to be on their side, whether it’s environmental regulations or it’s OSHA watching how they’re supposed to be spending their hours or if a, you know, or even unions involved. And that’s actually another issue, you know, unions for the longest time we’re that force that helped protect the labor force from perhaps, you know, companies that were wanting to have lax rules.

Whether it was longer hours or I’m the type of environment that they were exposed to their working conditions. But the federal government is supposed to be there along with creating an environment that allows industry to thrive. They’re suppose to be there to protect the worker as well. And as these unions have been scaled back as well, there is neither. So regardless of whose responsibility it is, no one is stepping up for these coal miners except a handful of senators like the one from the sound bite that you played earlier who are trying to say, hey, we have got to do more to protect these people.

Especially you, president Trump. You spoke on behalf supporting the coal mining industry, which includes the workers, but it seems that the only people really benefiting are the corporations when it comes to coal mining.