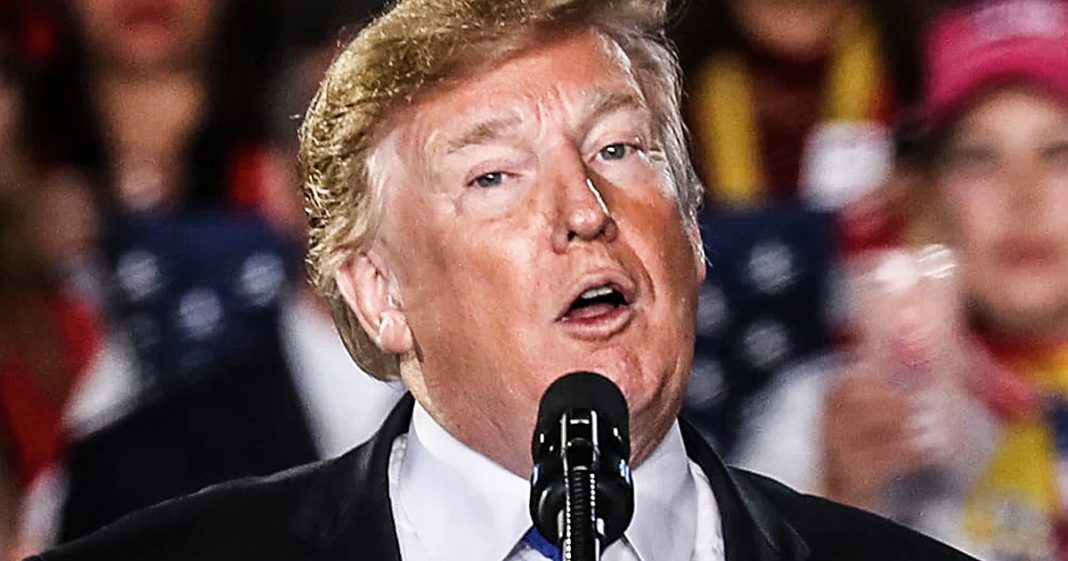 According to a new report in The Washington Examiner, a conservative paper, Republican operatives believe that Trump is once again going to lose the popular vote but will still win the electoral college and get reelected. This would be unacceptable, and there should be more public demand for abolishing this system that let’s the loser walk away with the prize. Ring of Fire’s Farron Cousins discusses this.

According to a new report in the Washington Examiner earlier this week, which by the way, Washington Examiner is a very conservative paper, but the Washington Examiner spoke to several republican sources and repel a Republican operatives. And they told us that these Republican operatives believe Donald Trump is once again in 2020 going to lose the popular vote. But they are confident he’s gonna win that Electoral College. So he will once again be elected president. So Republican’s according to a Republican paper, are actually counting on the fact that yeah, there’s no way Trump’s going to win the popular vote, but because of this outdated antiquated system we have in place, the electoral college, he still has a very clear path to victory. Um, this is, it makes me so angry here. I’m going to read you this quote from the paper here. This is from GOP strategist David Carney, who says, California, Illinois in New York make it very, very difficult for anybody on our side to ever again to win the popular vote president shouldn’t worry about it. 270 electoral votes. That’s what people remember.

I still cannot wrap my head around the level of stupid that it takes to think that we shouldn’t have the person that most people in this country want. Being President of the United States, that doesn’t make any sense folks, and these more on Republicans like Carney that I just quoted, we shouldn’t have people in California that he’s never going to win the popular vote because of them. What? What the hell are you talking about? Do do you on it? Do you think everybody in the country lives in California and New York and Illinois that that that’s not how that works. That’s really not how it works. They get electoral votes because those states have large populations, so by your logic, shouldn’t we be arguing for the abolition of the electoral college if you don’t want those few states to pick the president? That’s what I don’t get is that every single time one of these Republicans tries to tell us why we can’t erase the electoral college.

They end up making the point for erasing it because the points they bring up light like carny here, and this is all over Republican Twitter, is that we can’t just have a few states are a few counties choosing the president. You Idiots. That’s what’s happening right now. How do you not know this? How can you be so painfully stupid and yet still be taken seriously as a political pundit, as a political operative, as a strategist, as a founder of a group like tp USA like Charlie Kirk, you guys are dumb. I’d say you’re dumb as dirt, but that’s an insult to cause at least dirt is useful. You guys are not, the electoral college has to go and if Trump’s own team is banking on the fact that that electoral college is going to keep him in office because there’s no way he’ll win the popular vote, shouldn’t that be a warning sign to all of us? Because I guarantee you if this situation was flipped and it was a Democratic president sitting in the Oval Office who didn’t win the popular vote, the electoral college would have been disbanded before the end of that night on the election. Republicans wouldn’t have stood for it, and we’re not going to stand for it no matter who is in the White House. This system doesn’t work, and we as a country could and should be doing much better than stick in the guy that nobody wanted in the White House because we’re stuck with this old system that doesn’t even make sense in a modern world.