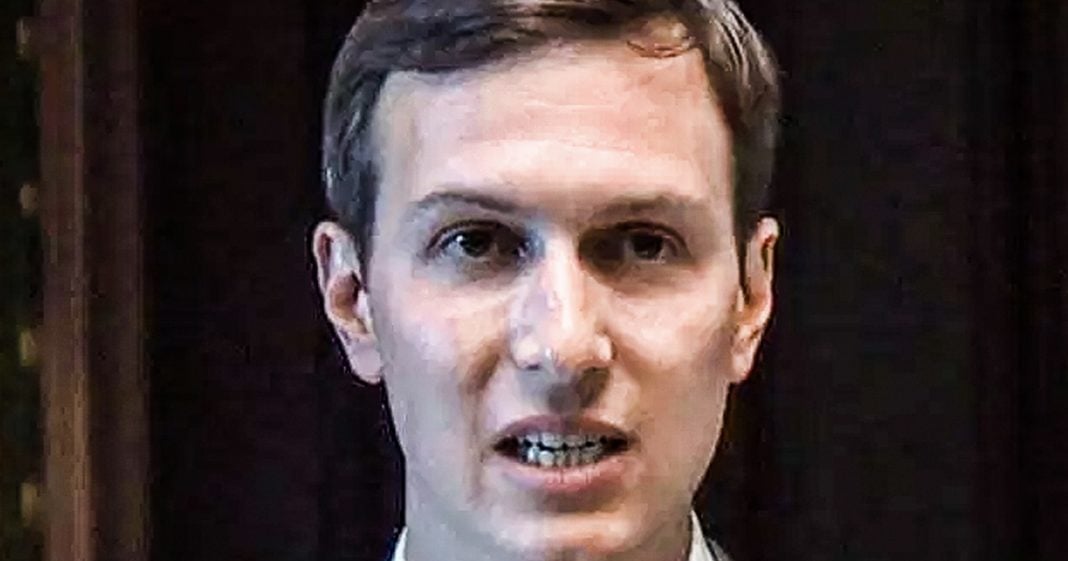 Officials in New York City issued a scathing statement this week about Kushner Companies, the business that Jared Kushner and his family have run for years. The officials told us that the Kushners acted illegally by not having proper certificates in place which means that the buildings had not been properly inspected. Tenants were exposed to dangerous conditions as a result of this, and the officials also alleged that Kushner used construction as a means of tenant harassment. Ring of Fire’s Farron Cousins discusses this.

Earlier this week, New York City officials came out and said that Kushner companies, the company owned by the Kushner family, including Jared Kushner, has been operating illegally in the city of New York for years. What’s illegal about what they’re doing? Well, according to these officials, it turns out that at least nine properties that they own do not have proper certificates of occupancy. And for those not familiar with it, a certificate of occupancy is basically a legal document saying this building is safe for people to live in. This building has been inspected. This building does not have any problems and nine pieces of property where people currently live don’t have that from the Kushner companies. That’s illegal. You cannot have tenants living in a building that has not been properly inspected, that does not have the correct certification. And therefore, and Jared was CEO of the company when a lot of this, uh, was unbound covered, uh, they all acted illegally. It’s illegal. And I cannot say that word enough. This is illegal.

Not only is it illegal and this is what the, uh, city council members also said. They’ve put people at risk. These people are living in buildings that haven’t been inspected for years at this point. They do not know if at any point the wiring in the building could catch on fire because it hasn’t been inspected. They don’t know if their floors are just going to give out because there’s been no integrity inspections. They also said because yes, it always gets worse that the Kushner Co. and some of their buildings with the rent controlled tenants, and this is something we’ve discussed in the past, used construction as a weapon. They tried to make it so miserable inside those people’s apartments that they would move out and then they wouldn’t have any rent controlled tenants. It was essentially harassment. Jared Kushner should be in jail. His father who is still involved with the company should be back in jail.

They’re engaging in illegal activity. They are not following the rule of law. They are not doing what they’re supposed to be doing. And apparently just in general, they’re horrible, disgusting, creepy landlords, and yet instead of facing punishment, this kid, this idiot is sitting in the White House being given a security clearance under false pretenses because his father in law forced them to give it to him. Learning every secret that the United States has to offer hobnobbing with world leaders instead of sitting in a prison cell. If there is any justice in this world, Jared Kushner will at some point for at least one of his crimes, have to spend some time behind bars.