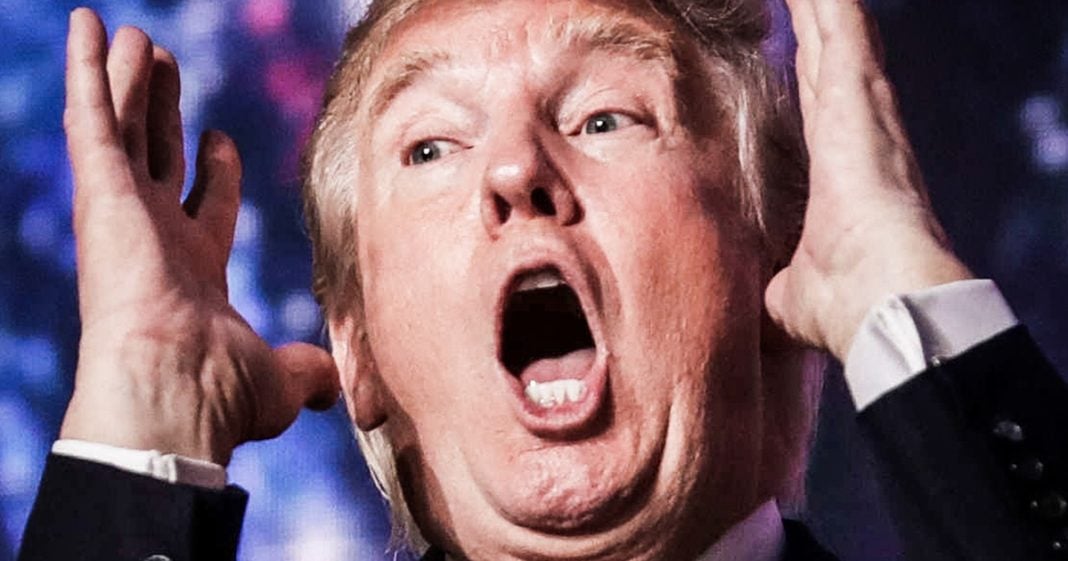 According to Republican insiders and analysts, Donald Trump believes that he can withstand anything that the Mueller report throws at him, and they believe he’s actually going to use the report to his advantage by making it a major campaign issue for his 2020 run. This tactic, believe it or not, has a pretty decent chance of being successful, depending on what’s in that report. Ring of Fire’s Farron Cousins explains.

So for about the 100th time and the last, I don’t know, three months, whatever. Everybody in the country sitting on pins and needles expecting that Mueller report to drop any second. Now, any second that molar report is coming out, oh, there’s a hint. Maybe it’s going to be today. Deep breath. Let it out. Who Cares? Right? I know a lot of people care, but the big question is why? What’s going to happen when the Mueller report finally comes out? Hell, by the time you’re watching this, it may already be out as the world changed. Is The sun any brighter? Is the sky darker? Did anything horrendous happen? Here’s the thing, and this is actually according to a new report, insiders in Donald Trump’s inner circle say that at this point he’s actually planning on running on the molar report and to be honest, that’s probably not a good thing for Democrats because if that report shows anything short of collusion, which it’s probably not going to be able to hit that point, then Trump wins.

Even if it shows financial crimes, if it shows money laundering, if fits shows, bank fraud, wire fraud, tax fraud, Republicans won’t care about it and that’s why Trump has kind of getting excited about it because he knows that anything short of collusion allows him to go out there and tell the public that I have been exonerated. It won’t be true, but that’s what he’s going to say and that is what his followers are going to believe and that is actually what his insiders are telling the press. He knows that if it doesn’t say collusion, then he gets the clearance. He wants to go out there, make this a 2020 campaign issue and tell the world, I didn’t shut down the investigation. I let it happen. The Democrats said there was collusion. The report said there was no collusion. It was a big old waste of time.

Now forget for a minute that 34 people have been indicted. Six of them, good close associates of Donald Trump. Forget for a moment that we have seen evidence of financial crimes committed by the president of the United States. Those are things that his followers do not care about. We see it on social media, we see it on television, we see it at the rallies. They simply don’t care. Most of them won’t even care if it does say there was collusion, so trust me when I say put the brakes on, the enthusiasm about the Mueller report coming out because honestly, regardless of what it says, Trump has this weird, creepy way of spinning it into a positive for him and his cult like followers will believe however he spends it. This isn’t going to be the big grand celebratory day that everybody thinks it’s going to be and unfortunately there is a very big chance that it could backfire and end up giving Trump the boost he needs to propel himself to victory in 2020 that’s a scary thought. The only chance we have the beat Trump realistically is at the ballot box in November of 2020 I don’t think this Mueller reports going to do it. I don’t think the southern district in New York, investigations in the New York State Attorney General Investigations are going to get him out of office before 2020 you want it to happen. Vote him out. That is the only thing we know for sure. We’ll get him out of the White House.