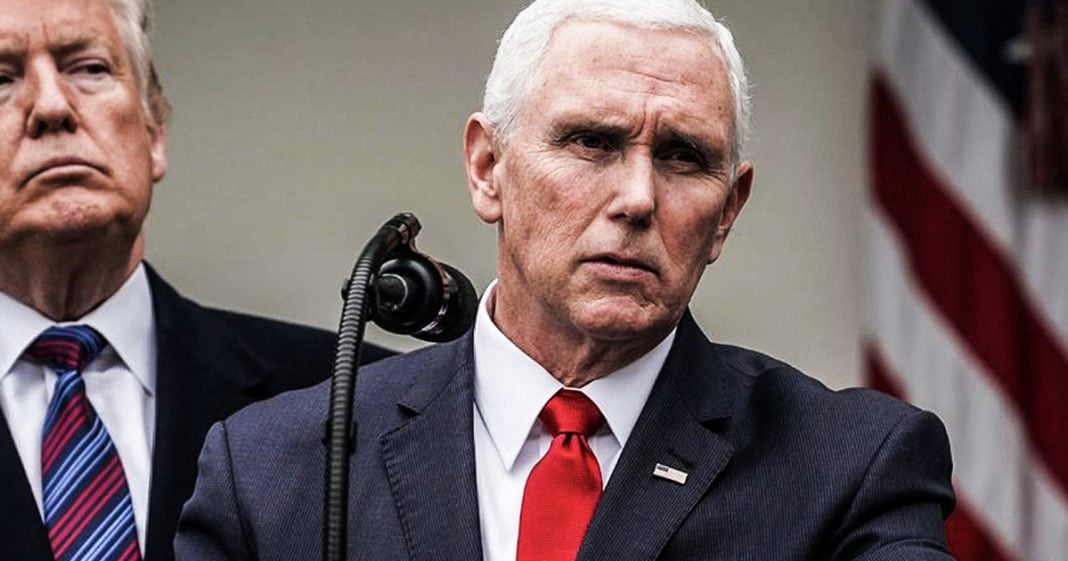 Republican strategists and talking heads aren’t thrilled with Mike Pence’s performance as Vice President, mainly due to the fact that his only job appears to be supporting Donald Trump, regardless of whether it is right or wrong. Pence has allowed himself to become a laughing stock to the American public, and he’s proven that his religious beliefs are simply for show. Ring of Fire’s Farron Cousins discusses this.

You know, there’s not a lot of issues that can bring together both Democrats and Republicans these days, but apparently there is still a few and one of them happens to be that we all just collectively really hate vice president Mike Pence. According to recent reports, a lot of republican strategists and even former members of the White House under the Trump administration, they just really despise Mike Pence for one reason or another. Now, for a lot of the strategists out there, the reason they don’t like Mike Pence is because he is such a disgusting suck up to Donald Trump. They have described him as having quote a constituency of one and that one is Donald Trump. He is a supplicant. They tell us he will do whatever Trump tells him to do whatever Trump wants him to do and will only do things on his own if he believes they will make Donald Trump happy. He is a pathetic and disgusting human being that really has no free will of his own.

It’s almost as if he is some sort of a a servant to Donald Trump. The supplicant as the Republican strategists are calling him. But really the more disgusting thing about Mike pence is his phony religious beliefs. See Mike Pence, and this is actually coming from some Republicans, cannot possibly be a true good Christian and still support Donald Trump. Those two are mutually exclusive. You cannot do both things. And yet Mike pence tries to convince us that yes, he can, where you can’t. Trump goes against quite literally everything mentioned in the New Testament, and yet your sitting there as his little supplicant doing whatever he wants you to do. I hate that it’s hate that has to unite us. But when it comes to a guy like Mike Pence, he has no redeeming qualities. He has no charisma, and there is nothing about him that is likable and certainly not his decision to stand by one of the most disgusting presidents in American history, while also telling us that he is a man who believes in the teachings of Jesus. You can’t have it both ways, Mike, and someday you may have to make a choice between the two.