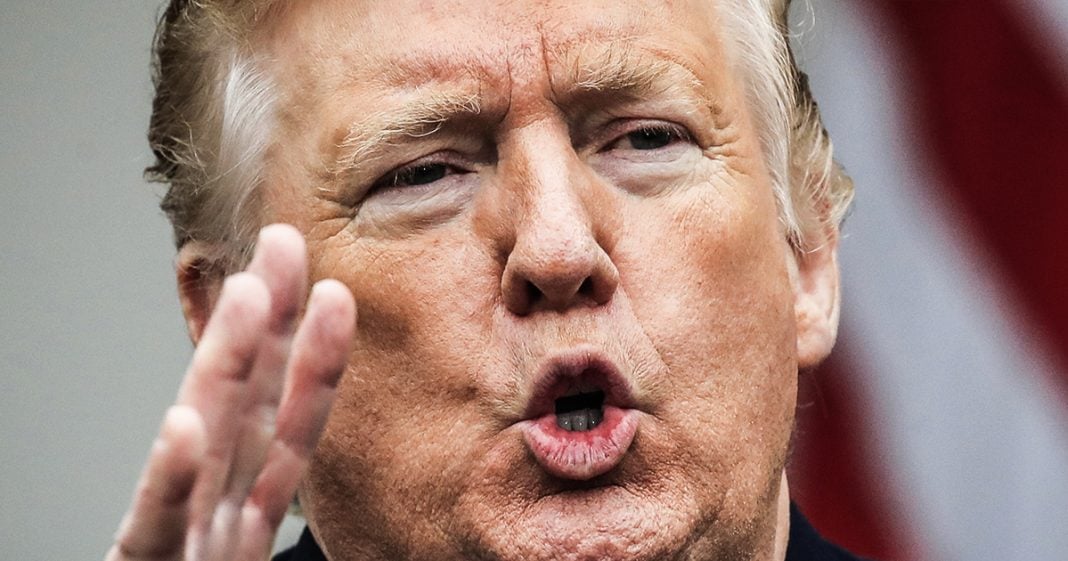 The Trump administration is really bad at running the government, and their track record in court proves it. So far, the administration has only won 6% of the court cases that they’ve faced with regards to their policies, a striking low for any sitting president. Typically, the government prevails in about 70% of such cases, but not Trump. Ring of Fire’s Farron Cousins explains why this man just can’t stop losing.

Donald Trump loves to tell us how much his administration is winning everywhere they turn, they’re just winning, winning, winning. Unless of course you happen to look at the court system where the Trump administration is actually losing 94% of the time. And the biggest reason they’re losing is because they don’t know what the hell they’re doing. According to a recent analysis, the Trump administration out of 63 legal challenges to policy changes that they have made have lost 94% of those cases. And most of the time, the reason cited by the court for striking down Trump’s rule, whatever it may be, was because you didn’t follow procedure. You didn’t do this the correct way that it has to be done by law. You didn’t follow the 1946, uh, administrative procedure act, very simple law, very clear law, been on the books for 80 years almost. And you didn’t even bother to follow that.

So it gets better in just a second. But let me point out here. The reason that we have the Trump administration losing 94% of their court cases because they didn’t follow the way they’re supposed to do it is because he put a bunch of idiots in charge of departments and he himself is a no experience idiot. So none of these morons know what they’re doing. They don’t know how to do these things folks. So they’re running a foul of the law and I’m glad that they don’t know what they’re doing because most of these policies would have been absolutely disastrous for this country. I say most all of them would have been disastrous. But this is the level of incompetence that this man has brought to Washington DC. And I know Republicans love to tell us government’s always been dysfunctional. Well, congratulations because you’ve taken it to a new level where you put the dumbest possible human beings in charge of making policy.

Thank God we at least have some judges left in this country with enough sense who can look at these things and say, you know what? These idiots didn’t follow procedure. This technically cannot stand as a policy. So again, right now, Trump has a 6% success rate in the federal court system. The average success rate for presidents and administration who have their policies challenged is 70% past presidents one these cases 70% of the time, and Donald Trump can’t even break his percentage into double digits, a six percentage success rate. So I ask you, MAGA crowd hardcore Trumpers, are you tired of winning yet?