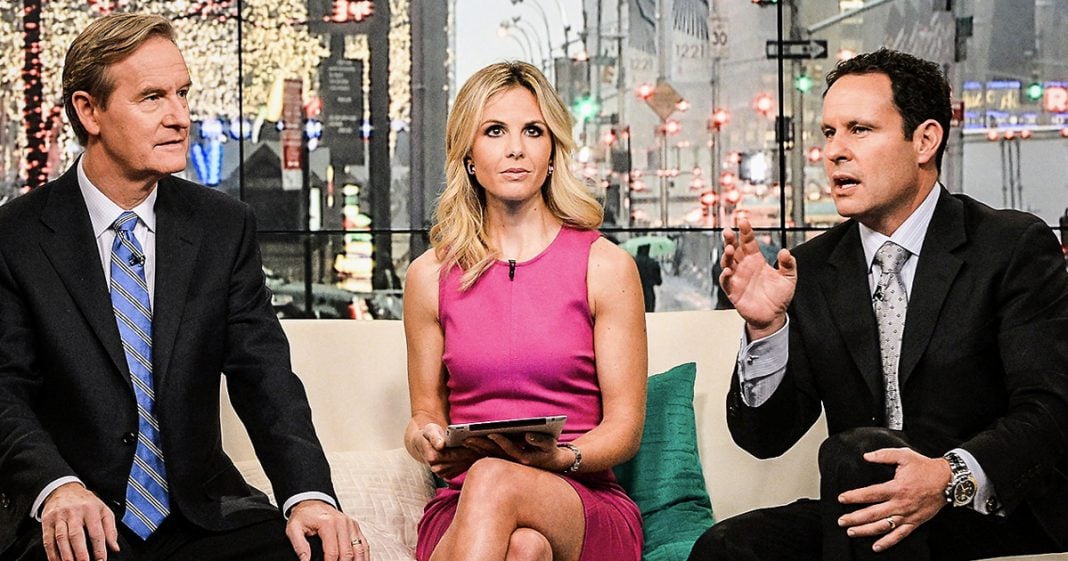 A series of new polls published by The Daily Beast have offered some compelling information about the true state of the Republican Party. As the poll shows, Republicans who do not regularly watch Fox News really aren’t all that happy with Donald Trump, but the Fox viewing Republicans are absolutely in love with the man. This poll actually gives us a glimmer of hope that not all of the Republicans in this country have been brainwashed into the Trump Cult, as Ring of Fire’s Farron Cousins explains.

A 79% believe Trump has the most accomplished president ever. And they also believe that the FBI and US intelligence agencies are trying to sabotage the president. Less than half of Republicans who don’t watch Fox, uh, believe that Trump is the victim of any kind of conspiracy and 8% of independent, uh, register or excuse me, registered voters who don’t watch fox, 8% of registered voters who do not watch Fox News think the president was the victim of a conspiracy. So 92% of the rest of the country that’s not watching Fox doesn’t see any conspiracy there. Here’s the thing. This is what is so interesting about these poll results and there’s a lot more. These are just a few choice ones, but they do show that Fox News is brainwashing their, their viewers almost called them the victims, but actually that’s kind of what they are. You’re not a Fox News viewer.

You are a Fox News victim. They’re presenting you with misinformation. They’re presenting you with absolute utter lies and nonsense and conspiracy theories and they eat ’em up. These viewers slash victims are not able to differentiate between fantasy and reality. That’s dangerous. That’s why this Trump like cult exists within the Republican Party and now we’re finding out it may not just be because of Donald Trump, Fox News as the echo chamber. There is what is amplifying this. It’s what’s brainwashing people 24 seven into thinking that this man can do no wrong, that he is the greatest thing ever and that no other president in history could ever live up to the legacy he’s already set in just two short years. These people are delusional. These people are confused, but they are that way apparently because that is the way Fox News has conditioned them. Fox News is a threat to the United States. There is no other way to say that. And as long as the president keeps tweeting out, tune into Fox tonight, watch Tucker Carlson, watch Sean Hannity. These brainwashed individuals are going to continue to sit there and be indoctrinated into the Trump cold cause right now. That is the only thing that that network stands for.