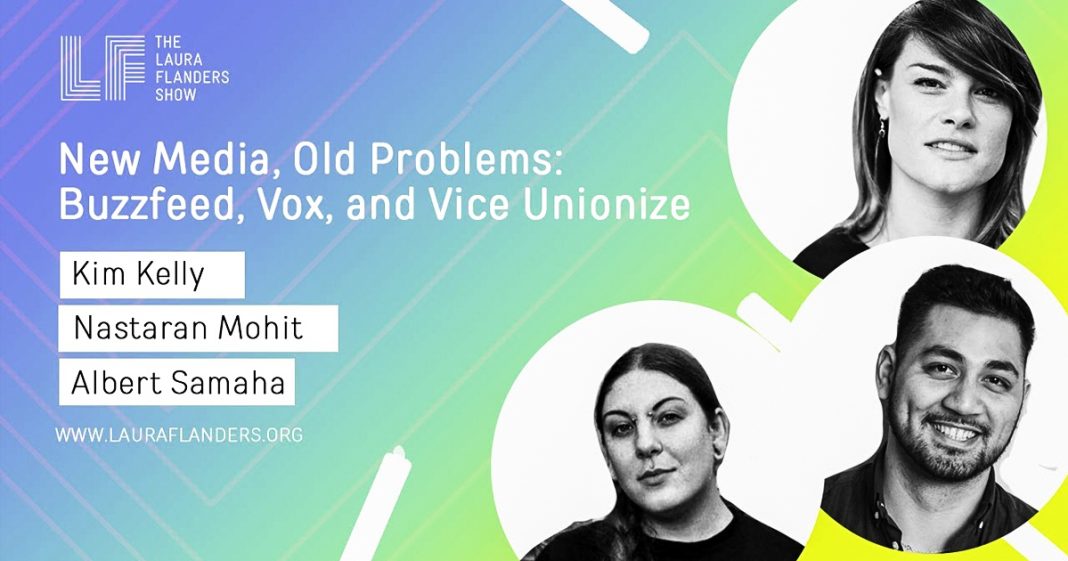 The media layoffs are here. It’s new media’s sky-is-falling moment. Instead of the promised golden age, we’re seeing rolling cutbacks and massive layoffs at digital darlings like VICE and BuzzFeed. Is that it for workers rights? Are unions any match for advertising pressure from Google and Facebook?

Kim Kelly is a labor reporter with bylines in VICE and Teen Vogue, who helped to organize VICE Union. Nastaran Mohit is the organizing director for NewsGuild NY. Albert Samaha is a BuzzFeed News investigative reporter who has been active in their unionizing process.