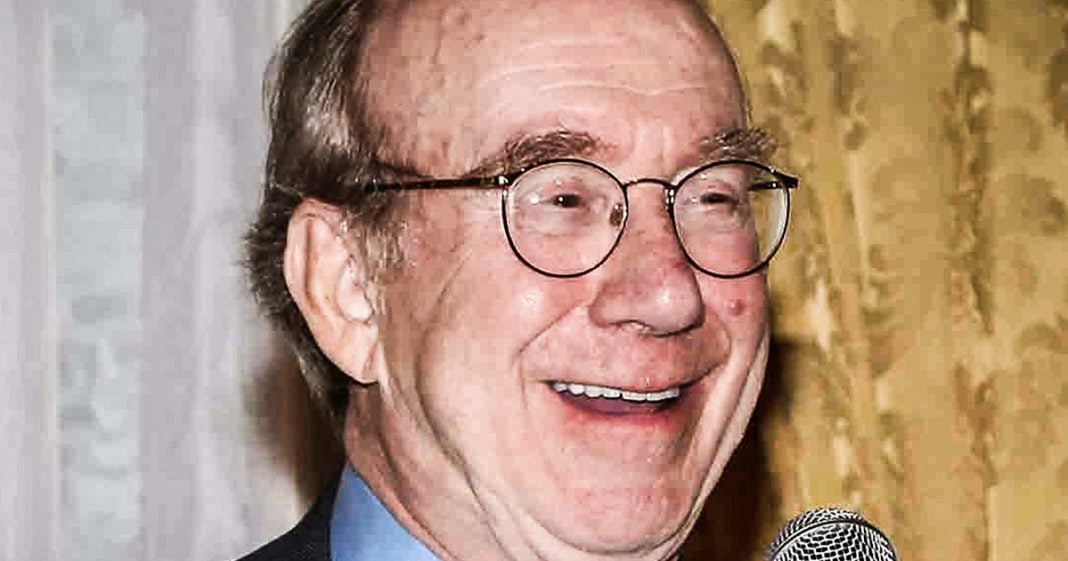 Just a few days before he was arrested for solicitation of prostitution, billionaire Republican donor John Childs sent $50,000 to the RNC. But that’s really just pennies compared to the millions of dollars that he’s pumped into Republican candidates and causes over the years. The Florida prostitution sting that has gobbled up several Republicans is only going to get worse as time goes on, and the story goes far beyond just some old men seeking women at massage parlors. Ring of Fire’s Farron Cousins explains what’s happening.

More and more names are starting to trickle out of the prostitution, massage parlor, sex trafficking sting that a netted more than 100 individuals here in our great state of Florida. One of them is everybody knows is Robert Kraft, the owner of the Patriots who was offered the sweetest of sweetheart deals earlier this week, but instead decided, Nah, screw it. I’m going to fight this in court and I’m going to sue you so that you can’t release any of the evidence to the public. Um, you’re going to lose Robert. You’re, you’re going to lose. And you’re pretty stupid for not taking that wonderful sweetheart deal that they only offered a rich white guys. But make no mistake, Robert Kraft is not the only a republican leaning person caught up in this thing. As it turns out at another Republican billionaire was also caught in this man by the name of John Childs.

And just a few days before Mr childs was hauled away in handcuffs for soliciting prostitution, he happened to make a $50,000 donation to the Republican National Committee. The actual Republican Party itself just a few days before his arrest, $50,000. Here you go. And to make things worse, that $50,000 check that he sent to the RNC, that’s actually pennies compared to the millions of dollars that this man has spent on republican politicians, Republican policies, republican organizations, and anti democratic groups. Here’s a sampling here. A child’s has donated millions through Republican political, uh, operations of recent years, including 250,000 in the 2018 midterms to America first action, which is a Super Pac that supports Donald Trump. He’s also made a six figure donation to America rising a Republican Super Pac that supports digging up damaging information about Democrats and the Senate leadership fund. In addition, obviously to his 50,000 check recently to the R in c and again, this is a man who was just busted for soliciting prostitution, that he was busted in a sting that believed that these women who were acting as prostitutes in these massage parlors, they believed that they were human trafficking victims, that these women were brought over here and performing these things against their will.

And here we have a republican donor who is a billionaire, has given millions to Republicans who just happened to be a customer of these groups. This story is not just about John Childs here. It’s not just about Robert Kraft. In fact, they’re small potatoes compared to the connections that these massage parlors have to, uh, Republicans. More and more is going to come out from this. This is certainly not the end of it. I mean, this is barely even the beginning. We know that the woman who owned these massage parlors in the past, she actually, them did not own them at the time the prostitution was happening. Although she does own other massage parlors now that have also been accused of a prostitution. Nonetheless, she is selling access to Republicans at Mara Lago to wealthy Chinese donors pay her a ton of money. She’ll get you into Mara Lago. She watched the Superbowl with Donald Trump. She’s been in pictures with idiot Republican Congressman Matt Gates. Uh, our new senator slash former governor Rick Scott and our current governor Ron Desantis. This woman is connected to damn near every high profile Republican that has ever stepped foot in the state of Florida. And I promise you this story is going to get much more interesting as time ticks on.