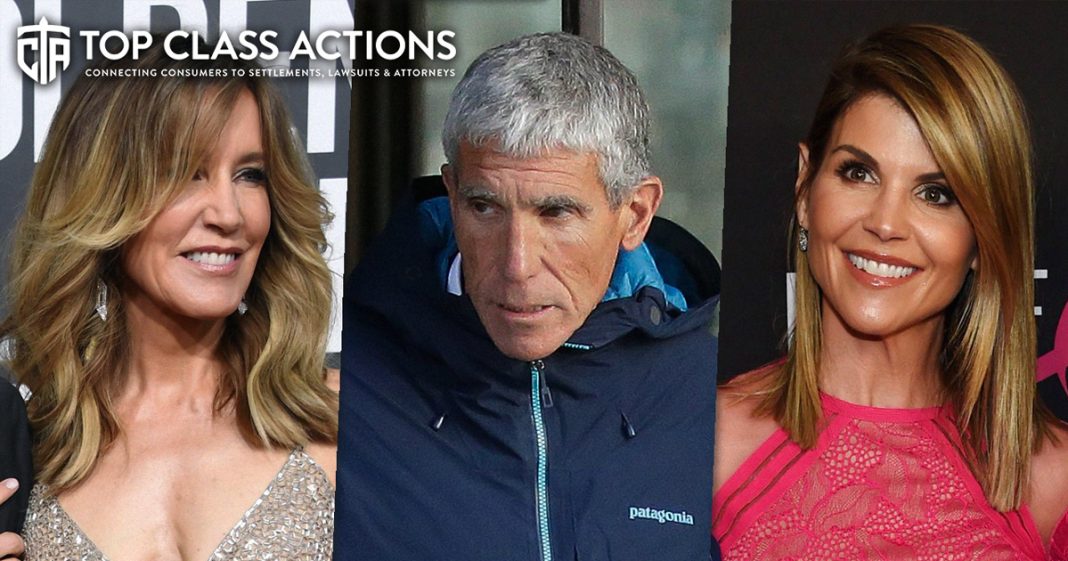 A class action lawsuit seeks college application fees reimbursement for students who claim that the admissions process was not fair since wealthy families were able to bribe their way into the schools. The plaintiffs filed the college scandal class action lawsuit in light of news that William “Rick” Singer and affluent parents conspired to get their children into elite colleges, though they would not otherwise qualify. The plaintiffs seek reimbursement for the admission application fees that they paid for students to apply to these schools because the admissions process was biased. Ring of Fire’s Farron Cousins discusses this issue with Scott Hardy from Top Class Actions.

Farron Cousins:                  Recently, the news broke of the college admissions scandal, roped in Hollywood elite, CEOs, college coaches, major prestigious universities. Basically this scandal kind of touched on all kinds of different elite here in the United States and now it’s actually sparked a major lawsuit by students who applied at these universities but were denied in favor of these people who were essentially fraudulently getting their kids into these colleges. Joining me now to talk about this is Scott Hardy from topclassactions.com. Scott, thank you for joining me today.

Farron Cousins:                  So lay this out for us. You know this, we’re all pretty familiar with the scandal, but this lawsuit, I really like what they’re doing here and they’ve got a great point. So, so lay out what the basis of this lawsuit is.

And at least up front, the angle they’re taking is that whenever you apply for college, you have to pay an admissions fee. And you know, or an applications fee. And so all of these folks that are applying are paying $50 to $100 each. Not knowing that essentially the system is at least partially rigged because, you know, these are big colleges, thousands of students are getting admitted every year and a little, most of those will qualify.

But as we know from these class actions, some of them might not. So what these, these class action plaintiffs are stating is that one, I paid admissions fees to your college when I, and I didn’t get a fair shake. Two, I actually am way super qualified. And that was something that was of course in knowing to all of us that were watching this scandal unfold is that you have these kids that are applying for college that one of them said, well yeah, I’m just going to college just for the parties and the friends, you know, and these kids are getting other more qualified children or young adults as the case may be skipped over.

I mean, one of the plaintiffs in this, in this class action, they actually had a 4.2 something or 4.7 GPA do to honors classes they were taking and they still didn’t get accepted into the college even though they’re ridiculously qualified. And so that’s what we’re seeing from these two class actions.

Farron Cousins:                  Right and something people have to remember too is that even if you were to only take all of the top applicants, the people with the best grades, the best test scores, all of that to any of these colleges, they still can’t all get in. You know, the college cannot just accept every single person that has great grades. They do have to make a cutoff somewhere. And that’s a good basis on this case.

Somebody who could have really contributed not just to the college but to society through this better education at this great university has now been denied that for the, I guess we could call them a Brett Kavanaugh want to be, which says, hey, I like beer and I think there’s some beer at this school. It’s very sad for the, for these kids who were rejected. And that is one of the reasons why I absolutely love what they’re doing here. At least trying to get their admission fees back. Or applications fees.

Scott Hardy:                          Right. Exactly, because we see that the defendant’s aren’t just William Rick Singer, you know, the, the ring leader who owned the consulting business and helped all these kids prep for college. But the defendants include USC, Stanford, UCLA, University of San Diego, University of Texas at Austin, Wake Forest, Yale and Georgetown. And when you take a look at the applicants, these kids are saying, hey, if I get a 4.0 average, I’m an accomplished student athlete, I should have a fair shake at getting into any ivy league college and you know, in the world, frankly.

And they didn’t because you have these kids that were on crew or you know, rolling crew or we’re partying with, you know, a hundred millionaire boosters of the colleges on their yachts before or even during class hours. Come on, man. You know, we understand that the wealthy, will, will, will get some certain kicks here and they’ll try to move their way forward. But what are you going to do? I mean, kids need to earn their way into school. And I know if my kids don’t have the grades and guess what, you’re going to community college. That’s what I did. You’ve got to earn it.

Farron Cousins:                  You know, I, I think that’s a big part of actually what’s been missing from a lot of these stories is that we’re setting these kids up, the ones who, you know, their parents went through this William Singer scam, you know, prep agency, whatever it is. There were setting their kids up ultimately to be dependent upon them. The parents, the wealthy, the money for the rest of their lives. These kids did not earn this on their own merit.

Their parents had to pull the strings. That is one of the worst lessons you could teach a young person ever. That, hey, don’t worry about it, we have a lot of money, so we’ll get this taken care of for you. Those people don’t typically go on to be hugely successful adults. They’re not independent adults. They’re always waiting on somebody to swoop in and save the day because they never learned how to do it themselves because everything was handed to them.

And we, we, we have to focus on that. We have to understand that, you know, this isn’t just these people committed fraud. This Singer guy was committing fraud all over the country. These kids were being set up, some of them unknowingly, some of them knowingly, but they were ultimately being set up for failure for the rest of their lives by, by going this route.

If your kids have actually said, yeah, I don’t care about college. Well you need to go and I’m making you go and I’m going to buy your way in just to make sure you get there, even though you have absolutely no desire to do it. That’s just, come on. You’re going to fail every time.

Farron Cousins:                  Absolutely. If anybody needs any more information about this, perhaps you, your child, maybe you’ve applied to one of these colleges with wonderful grades, but did not get in. Follow the link in the description of this video. Go to topclassactions.com, all the information is right there available for you, Scott Hardy, Top Class Actions, thank you very much for telling us the story today.