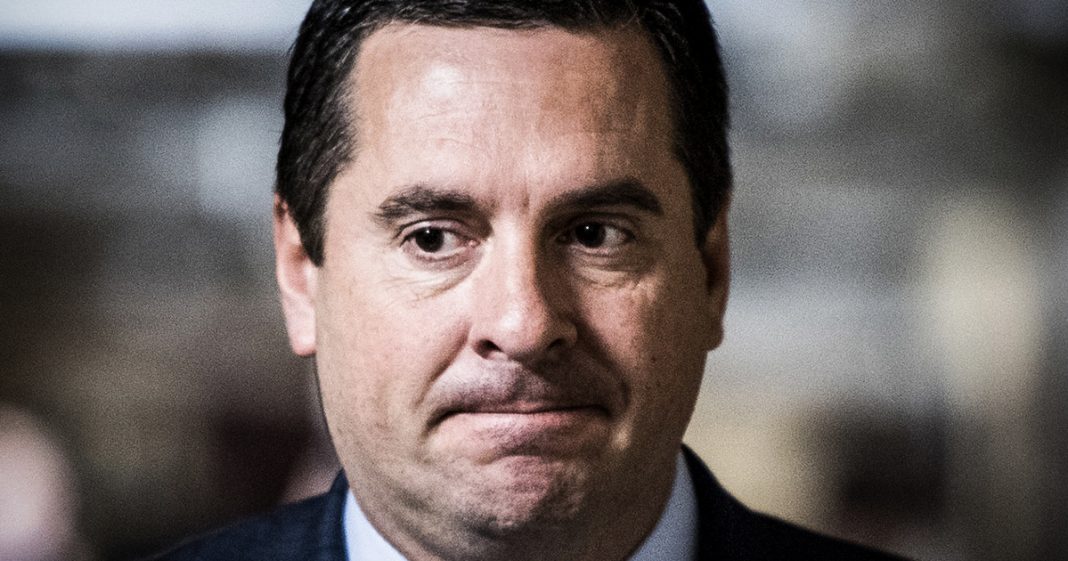 Republican Congressman Devin Nunes loves to play the victim, but his attempts are growing more pathetic with each passing day. This week, Nunes filed a $250 million lawsuit against Twitter because parody accounts are mocking him. He also claims in his suit that he has been “shadow banned” by the social media network, a common cry among Republicans who aren’t getting as many likes on their posts as they want. Ring of Fire’s Farron Cousins explains what’s happening.

Republican congressmen, Devin Nunes does not understand how the Internet works and he proved that with his $250 million lawsuit that he has filed against Twitter and the creators of several parody accounts that he believes are mocking him online because in Devin Nunes, his mind, if you mock someone online, you can then become the target of a multi hundred million dollar plus lawsuit. Again, he doesn’t seem to understand exactly how the Internet works. Here’s the issue here. Devin Nunes is pissed off at Twitter one because he claims he’s been shadow banned off and on I guess for the last year, which is a common claim of many Republicans, a lot of Republican politicians who say, I’ve been shadow banned because my post did not get very many likes and I want to be more popular. So obviously it’s not me. Twitter’s doing something to screw around with the algorithm and make my tweets not appear. Um, no.

Maybe you’re just tweeting out garbage and you should try a little bit harder. Then you’d probably get some likes and some retweets and maybe even some comments on your tweets. But the biggest issue that Nunes has again is the fact that there’s a couple parody accounts out there making fun of him. One of them, Devin Nunes is cow. He’s particularly mad at this one, which is ironic because his lawsuit has actually made the Devin Nunes is cow Twitter, one of the currently most popular, uh, Twitter feeds on the Internet. You see what he filed, the lawsuit, that particular Twitter account had fewer than 1000 followers in the days following. As of a sitting down here right now, it had 345,000 followers. So his little lawsuit, temper Tantrum has caused one of the accounts that he was mad at to grow by 344,000 followers. I’m willing to bet that by the time you’re watching this, that account is going to be even higher.

But here’s the thing, Nunes again, mad that people are mocking him doesn’t understand that it’s actually within Twitter’s guidelines and rules that you can do this as long as your account is not attempting to portray themselves as that person. If it is in fact a parody and you say it’s a parody, you’re good to go. You know, really not a whole lot of a gray area there. As long as you’re not attempting to say, I am the real Devin Nunes, pretty much can do whatever you want, and Twitter likes it that way. They like not having to get involved. They like not having to micromanage everything with their website and just let people kind of working out. If you don’t like a parody account, move on. Don’t follow them. Don’t pay attention. Don’t read the comments. As I like to tell people online frequently, but Nunes in his fragile little ego feels that this is worthy of a $250 million lawsuit. This lawsuit will not go anywhere. It will likely quickly be dismissed, but that is not going to stop Devin Nunes from freaking out. Anytime someone mocks him online or whenever he posts a tweet that doesn’t get enough likes for him.