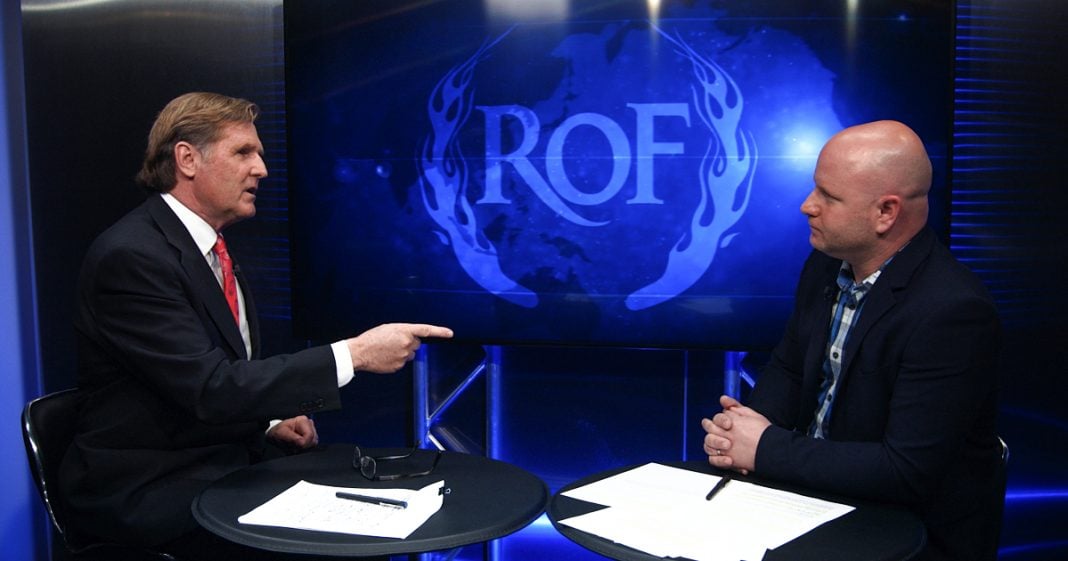 Last year we were bombarded with scientific studies telling us how bad we’ve made the climate, but you wouldn’t know it if you watch corporate media. A new report shows just how little coverage these networks gave to one of the most important issues of our time. Ring of Fire’s Mike Papantonio and Farron Cousins discuss this issue.

Mike Papantonio:             Last year we were bombarded with scientific studies telling us how bad we’ve made the climate. But you wouldn’t know it if you watch corporate media. Turn on MSNBC, CNN, ABC, CBS, you name it, turn them on and a new report shows just how little coverage these networks gave to one of the most important issues of our time. Now you’ve done story after story after story on this.

This, this is you do DeSmogBlog, you’re a writer for them as well as a national Trial Lawyer Magazine. This, you followed this and all along the way, you’re, you would ask the question, where’s corporate media on this? Time and time again, that would be kind of the theme in your article, pick it up from there.

Farron Cousins:                  They, they’re nonexistent. And, and the big reason, the biggest reason is because big oil, coal companies, whoever it is, they’re massive advertisers. So that immediately is going to shut down any kind of meaningful discussion about climate change. The second, and this was admitted on Twitter by Chris Hayes from MSNBC, you know, six, eight months ago, something like that. And he said, you know, the reason we don’t typically cover climate issues is because you know the folks say it’s a ratings killer.

Mike Papantonio:             The producers are told by management, don’t do a climate change story because people don’t want to know. Now I got to tell you something. Our experience, my experience on America’s Lawyer for example, when I do a climate story, it’s like, it’s like crickets.

Mike Papantonio:             When you do a climate study, a climate story on Ring of Fire, it’s crickets. When we do an article in national Trial Lawyer Magazine. What is that about? I mean, how could you have children and grandchildren and not say, you know, this is pretty important stuff. Maybe I outta read about it. There’s some, there’s some theory that it’s denial that I don’t want to think about it, that this is just a bunch of bunk and somebody’s trying to sell me some and I don’t want to think about it because it’s too scary that by, you know, in 20 years we’re going to have an extinction problem that we can’t reverse.

Farron Cousins:                  I think a lot of it has to do with the complexity of it. You know, science especially when you get to climate science. There’s a lot to it. There’s a lot to understand, but I think it’s also people are scared. They don’t know what to do. They also don’t want to be told that you’ve got to change the way you are. I mean, we saw that recently.

Farron Cousins:                  And it’s a huge part of human psychology and that’s why there was this huge problem recently when Republicans captured a narrative that wasn’t even true to begin with. It was they put out something that shouldn’t have been there and they screwed up.

Farron Cousins:                  And so Republicans did what they do best and they jumped on the narrative, which I wish Democrats, where as fast as Republicans and the talking point is, liberals want to take away your meat. Everybody’s got to be a vegetarian. And people say, why? I don’t, I don’t want to change. I’m not going to change who I am.

Mike Papantonio:             So your point is you can’t frame it in a way, I call it the reptilian mind. The reptilian mind is I analyze everything about how it affects me. That’s reptilian process of thinking. Okay. And your point is when you put it in those terms that the new economy could be built around the idea of, of solving climate change. We can build a new economy, we can have new jobs, we can have new research, we can be a new, you know, totally new kind of economy. That’s more sellable then the idea, well, don’t drive a big car.

Mike Papantonio:             Don’t eat meat, don’t have children. And unfortunately this is what this AOC, Cortez, this is what she is, she’s actually projecting. And that’s what the, even though it’s not accurate, the green, the new green deal is not all that accurate on that type of thing. That’s what the Republicans have picked up on and it’s going to be even tougher. I, go ahead. I’m sorry.

Farron Cousins:                  We can still consume the meat and if you choose not to, fantastic. But the big thing is get off fossil fuels. That’s number one. Always has been. Always will be. If we do that, that alone, switching to renewable energy, you know, more hybrid and pure electric vehicles, we can reverse this.

Mike Papantonio:             Okay. I don’t want to discourage you, but out of all the posts that we have on any particular day, if this discussion is up there, this will have the lowest number and, and their, their planet is melting and they want to, you know, they’d rather talk about hate Trump. They would rather have a hate Trump article that an article that talks about this is, this is your future. Maybe you want to pay to pay some attention to.