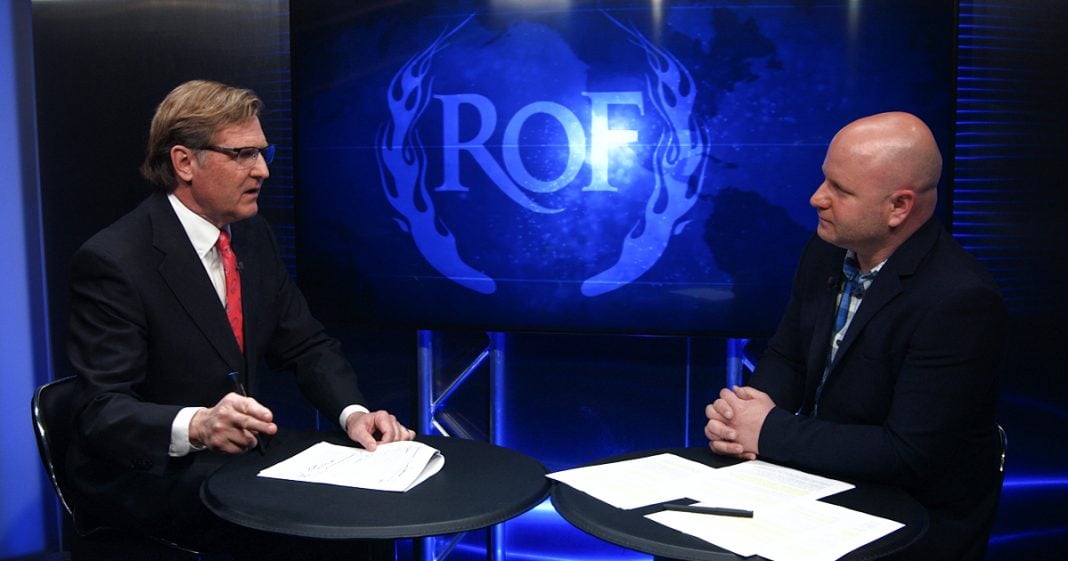 Senator Elizabeth Warren is taking on the biggest tech giants in the US, and she has a plan to break them up to stop their abuses of power. Facebook has already tried to silence her by removing her ads touting her plans, but the company quickly relented following huge public backlash and exposure. Ring of Fire’s Mike Papantonio and Farron Cousins discuss this issue.

Mike Papantonio:             Senator Elizabeth Warren has taken on the biggest tech giants in the US and she has a plan to break them up to stop their abuses of power. Go Elizabeth.

Mike Papantonio:             I mean really, I love, I love this woman. I followed her career a long time. I, I just think she is, she really is one of the first people, I would say a true presidential, hopeful. The whole Pocahontas thing, you know,

Mike Papantonio:             It was a totally unforced error and I hated that. But she has time to rebuild. If she keeps talking like this, she will, because you’ve got people like me that are kind of out there saying, well, the, the, the democratic selection right now is deplorable. I mean, there, there’s the, the, the group out there saying, hey, you know, the Cory Booker types, I’m running for president, really?

Well, maybe you ought to do something about your Wall Street arrangement before you run for president because progressive’s probably aren’t going to like that. I could go on forever. I mean, you know the Wall Street Democrats are up front, but then you have Elizabeth Warren that says, wow, Google, Amazon, Facebook, it’s time we break you up. And I loved her, I loved her rationale.

Farron Cousins:                  Absolutely. And she’s basically just saying what the United States for a time, for a couple of hundred years, used to say to corporations. You cannot be A, B, and C, you can only be A or B or C. But somehow in the last, you know, couple decades here we, we lost sight of that. We didn’t have the presidents and the Justice Department and the antitrust units that would go out there and say, listen, you can’t be everything that you are.

You’re going to become two separate companies. You’re going to be three separate companies. And that’s all she saying. This is not, we’re shutting them down. We’re destroying them. It’s, you’ve grown too big. You don’t know how to handle it. You’re violating the law at every possible turn. I mean, Facebook has been hit with more lawsuits in the last year than probably even the Bayer Corporation has and therefore you’ve got to stop.

Mike Papantonio:             So here’s what she’s saying. I mean, she starts by saying, look, who are we going to look at? We’re going to look at companies that have values in excess of $25 billion. Okay. So it’s not like it’s going to hurt the little guy, but I love what she says. She points out and she says, look, you’re hurting our economy because you have too much power. You’re hurting our democracy because you have too much power.

You’re hurting the first amendment because you have too much power and you’re making decisions on what people can say and can’t say. You’re hurting small businesses because you’re gobbling up mom and pop organizations that can’t compete with you anymore. They just can’t stay alive. You’re stifling innovation and, and, and she says in, you’re avoiding the, the natural promotion of more competition.

I mean, and, and, and anybody with a in the right mind would say, yeah, I kind of get that. It’s a, you know, you can see it happening.

Farron Cousins:                  Well, and that’s one of the things, you know, that goes back to the old days of the, you know, company breakups. And what she’s referring to here is by stifling innovation, what she means is you have the money and the power that as soon as you get wind that another little group is coming along with a product that may eventually rival you, could be a threat to your company, could take away some of your profits. You immediately go and buy them, and and many times the idea hasn’t even been fully developed or launched, but it was there.

They knew about it. So they say, all right, listen, we’re going to pay you $100 million. You know, you’re a developer, you’re, you’re in your basement. Yeah, $100 million. We’ll take your product and we’ll take care of it. But then it dies. And we’ve seen this happen a lot in the last few years with developers. They buy them out before they can become a threat to the company and she wants to put an end to that because we’ve probably lost out on a lot of great products. Things that would help us every day.

Mike Papantonio:             Why is that we can look at AT&T and say, look, we can’t let you get any bigger, but we can’t look at these people and say the same thing? Why US steel? Why is it we could, clearly US steel was owning everything and it was effecting the entire economy. But we’re, we want to say, well there’s no, there’s really a difference there.

Look, Amazon takes in whole foods. I mean the whole, that’s the, that’s a merger. Obama allowed that to happen. Google and Doubleclick, that’s a merger. It’s massive merger. Facebook and Instagram and at some point, at some point, I don’t know why it is that, I think I get this. I get, obviously Trump doesn’t like all this because they’re kind of hard on him, but I don’t get why Obama allowed it.

I mean I, I see what Trump doesn’t want it and he, he’s all in on this because the typical American believes that they are too big. They don’t like the fact that they become thought police. They’ve, they’ve stifled discussions. Just discussions like we’re having right now. If we say something they don’t like, you know, they’re, they’re alert goes off and they close down our, our site. They, the, this idea is that they’ve become the keeper of, of, of what we think about.

They’re spying on us. If you take your phone right now, for example, and Google something you want to buy and find out how many places it shows up within a matter of hours on your computer, on your telephone, on your, your, your TV, it’s amazing. They own us and Elizabeth Warren is saying, this is way too big and we’ve got to do something about, I love this woman for standing up like that. Can she overcome the Pocahontas thing?

Farron Cousins:                  I think she, I look, I mean, I, I don’t 100% know that she can because she not only should not have done this, she made an honest mistake thinking that this was her heritage. That’s what she’d been told. She had no reason to doubt it. But then allowing, after the results came out, allowing the other side to capture that narrative and run with it so far before you stopped it.

Farron Cousins:                  And she, look, this is a plan. As you pointed out here, you went through the specifics. This is a well thought out, researched concrete plan. How many other people running for president right now can say, look, here’s an actual plan in writing that I’m going to do? They don’t have it.

Farron Cousins:                  Some of Obama’s own judge judges actually overturned his policies. They were so corporate.