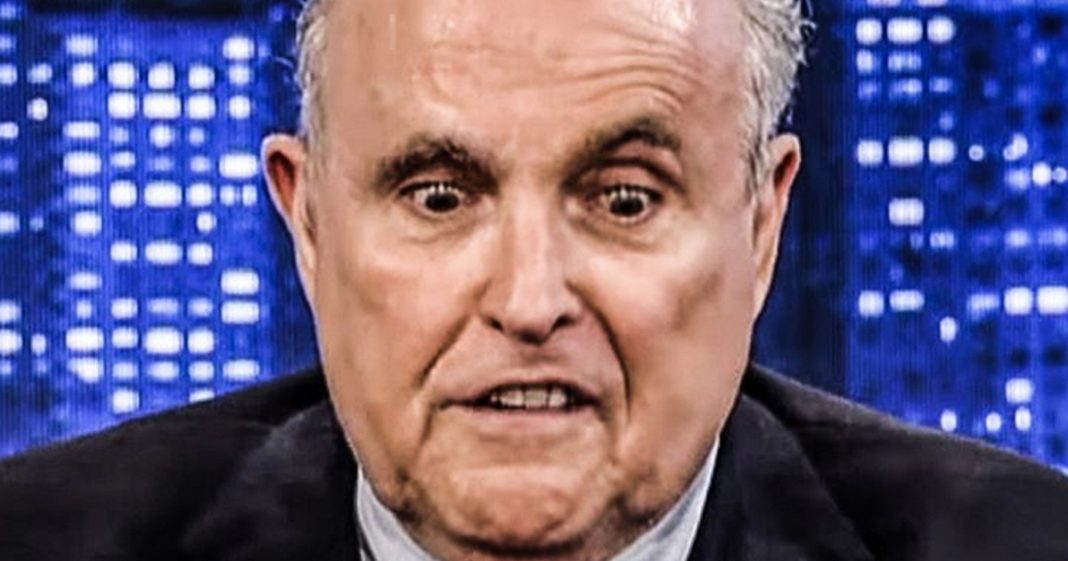 Donald Trump’s lead attorney Rudy Giuliani hasn’t appeared on a cable news program since January 20th when he implicated the President in criminal activity. Ever since that appearance, Rudy has disappeared from the airwaves. If his plan is to try to discredit the Mueller probe, he isn’t doing a very good job and not showing up on TV isn’t an effective way to get that message across. Ring of Fire’s Farron Cousins discusses this.

Where the hell is Rudy Giuliani. The man has not appeared on a cable news program or on any of the major networks on the Sunday morning programs since January 20th and that’s a very telling date, January 20th not only is it an inauguration day for presidents, but that January 20th appearance when he actually did two morning shows is when he told us that, yeah, those Trump tower Moscow talks, those were code on well into 2016 probably even after the presidential election took place in Donald Trump one oops your, it’s supposed to say that Rudy and I remember at the time and in videos past that earlier than that, prior to that I had said Rudy Giuliani should stop going on television, but dammit, I miss him now. I miss seeing him on there. I miss having him come on TV and implicating the president and further criminal activity and I am sure the special prosecutor’s office misses it too because he was making their case a little easy for them.

But when you look at it from just a purely legal perspective, yes, Rudy Giuliani was doing very severe damage to his client and that last particular interview or interviews that he gave kindness sealed his fate there and he wasn’t allowed to come back on TV. Now he is still on Twitter if you want to go that route and listened to him. He appeared on the hill TV recently, but he hasn’t been on anything that people actually watch. Sorry, the hill TV, you just ain’t it. But nonetheless, he said months ago that his whole deal, now, his goal was to discredit the Mueller investigation. And it’s almost impossible to do that if you don’t have a platform where you can reach hundreds of thousands or even millions of people like he can on Cable News. So by disappearing, he’s undermining his own stated goal of discrediting the investigation. But by appearing, he’s also giving them new avenues that they now need to go investigate.

So it’s a lose lose situation because Giuliani is a really, really bad lawyer. So now that he’s not going on TV, the job of attempting to discredit the Mueller investigation continues to fall on Donald Trump, the president, and he is not doing such a good job. Whenever he gets on Twitter and tries to tell us all this as fake or a witch hunt or no collusion, he just comes across like the crazy man screaming at us on the corner of the street and his underwear. But that’s pretty much what we have in the White House, except he’s not screaming at us on this, uh, on the street. He’s screaming at us through a tweet and that is not helping his case. And Giuliani is not helping his case. You’re really picked quite possibly one of the worst lawyers in the entire country today. And I hate to say it, but I do miss seeing this moron on TV.