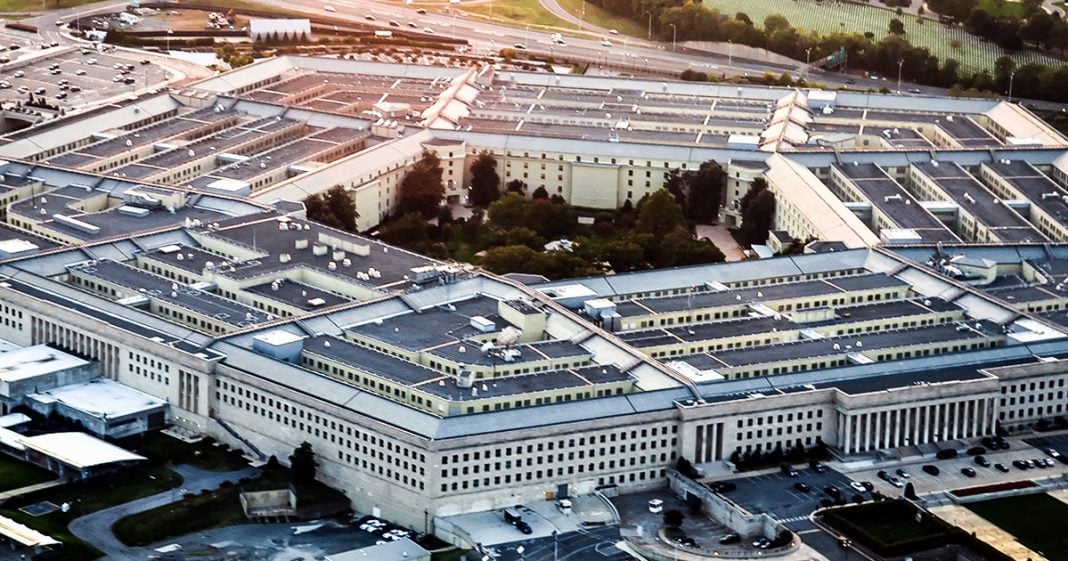 According to a new complaint by a watchdog organization, the Pentagon is unable to account for more than $2 billion that they were supposed to be spending on parts for F-35 fighter jets. The money is just “missing,” something that happens with alarming frequency at the Defense Department. Ring of Fire’s Farron Cousins explains why this is happening and why we need to immediately slash the budget for this money-losing entity.

Over the last 16 years, the Pentagon has spent roughly two point $1 billion on parts for the Lockheed Martin F 35 fighter jet, the most expensive weapon ever purchased by the federal government to the tune of about $400 billion for these fighter jets. And on top of that 400 billion, like I mentioned, they had to spend 2.1 billion. Oh just parts and maintenance and software and whatnot. The only problem is that the Pentagon didn’t keep track of what they purchased and according to the Defense Department’s own inspector general, they don’t know if they even got the parts that they paid the money for. That is how crappy the accounting, the department is at the fricking Pentagon that has a budget of 700 plus billion dollars every year. They spent over $2 billion on parts for the most expensive planes ever purchased and they don’t even know if they actually got the parts. If they got the parts, they don’t know where they’ve put them.

They don’t have the receipts, they don’t have an inventory system. They have no way at all to track what they bought or if they even ever got the shipment in. Even if Lockheed says, no, no, no, here’s your order form. Here’s what we sent you. Okay. They don’t know where they’ve put it. And you could be making it up because defense contractors really can’t be trusted that much of history has taught us anything. But here’s what gets me right. I work for a company here. If I go out on a trip, a company sponsored trip, I have to keep a receipt of every single thing. Even if I stop at a vending machine to buy a coke, I’ve got to write down a buck 25 on a piece of paper and turn it in. And if I don’t, they hounded me for weeks asking for that receipt for that coke.

How is it that this group I work for, and granted they’re good, these are great accountants who we have here, but how are they more responsible than a group that’s in charge of 700 plus billion dollars every single year and they just lose track of a couple billion? Ah, we sync, we sent the check. We don’t know if we got anything for it. We’ve got so much play fun money that it doesn’t really matter. Does it give us more Mr. Trump give us more president up our budget, which they did in Donald Trump’s recent budget. And this is a group who has proven time and time and time again that they suck at accounting. They suck at math, they suck at spending and overall kind of suck it starting unwinnable wars to this department needs to be reined in the entire defense department, the entire Pentagon. They need to have their budget slashed.

There are much better programs in the United States that we could spend half of that money on and still spend more on our military than any other country in the world. Even if we cut it in half. And if we did that, we could also have medicare for all debt free, college, universal, Pre k, uh, free childcare, any one of those programs. But let’s stop throwing our money at a department that doesn’t know how to do basic accounting. The Pentagon is filled with fraud, and I guarantee you, once the investigation starts in earnest, we’re going to find out that this two plus billion dollars along with billions of others was lost completely to fraud.