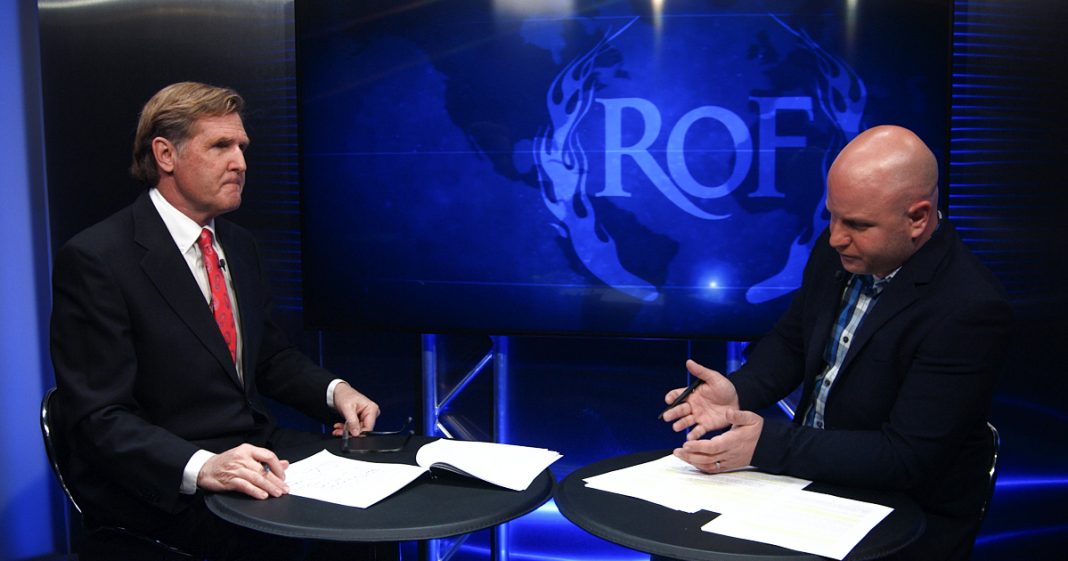 A federal judge has ruled that the prosecutor who gave Jeffrey Epstein a sweet heart deal to avoid a lifetime in prison acted ILLEGALLY, but that prosecutor is now serving as the US Secretary of Labor. Ring of Fire’s Mike Papantonio and Farron Cousins discuss this issue.

So, so here you had, you had Epstein and his cadre of, of ghoulish wealthy, influential political type, characters raping young girls. That’s what was going on. He actually had a pipeline between south Florida and his island. And I guess the thing is that the reason, the only reason this is amazing and the only reason the media is paying attention to it now is because Alex Acosta with the Trump administration is involved in it, he was the prosecutor.

That was one of the prosecutors that allowed it to happen. He actually promoted it. Did you see the emails, the exchanges between Acosta and the project? Talk about those just a minute.

Farron Cousins:                  And, and, and, and, and I’ve, I’ve been through the, the documents from this case that the prosecution had. I, I’ve seen those, I’ve seen the exhibits and I’ve gone through his entire Rolodex, the people this man was connected to. It’s absolutely shocking. It’s not just Republicans or just Democrats. This is everybody. And this is how this guy gets away with this.

Mike Papantonio:             Well here, let me tell you how direct this is. Okay. Here you have them, they were actually exchanging information, the prosecutors with the lawyers for the victims, Dershowitz, Roy Black, I think Ken Star, there was a whole, whole bunch of them. And so the, the, the exchange came down to this, they were saying, we’re going to tell the victims that there’s an ongoing investigation and we’re not, and this is in the, this is in the document, but we’re not going to tell the victims about our deal because we don’t want the victims to show up when they find out that Epstein is given a sentence where, a jail sentence where we all has to do show up for jail to sleep at night.

Mike Papantonio:             And so he, he’s, he’s gone during the day and that’s only a matter of months. Anybody else would have been, would be in prison for multiple life sentences.

Farron Cousins:                  And, and, and trafficking them in. Because another part of the story that a lot of folks have missed still is the fact that, and we had discussed this, he would have some of the more senior women, they would go out actively recruit younger girls and come in and tell them, look, this is a great opportunity.

Farron Cousins:                  Yeah, and they went out and they were the scouts. They would recruit these women to essentially become these sex slaves at Jeffrey Epstein’s private island, and for his flights. This was absolute criminal behavior. And I’m glad that the judge that just recently looked at this said, hell no, this is hundred percent illegal.

Farron Cousins:                  Well, my theory, and this is just a theory that I have, the reason Epstein got this sweetheart deal is because he knows who was there. He knows which powerful people have been on his jet. Probably knows which girls, if any, they were with. You know, and this is not just politicians. This is other millionaires, billionaires, people of influence in the United States who we know were partying down there and that this is how they have to keep him quiet.

Mike Papantonio:             And his victims that the sad part, these are victims of the kind of the have nots. These were kids that broken homes. They had drug problems, they had a truancy, they had all these problems. They, these are troubled kids, and Epstein was, telling them go find me some more troubled kids and bring them by my house, and then I’m going to have little private parties there at my house.

It’s, it’s, it’s a disgusting story. I, I just, I hope it’s not over simply because this judge says, hey, all I want you to do is work out a settlement. The justice department, I think now, finally, the Justice Department is now back involved in this and this, there’s gotta be a resolution to this.