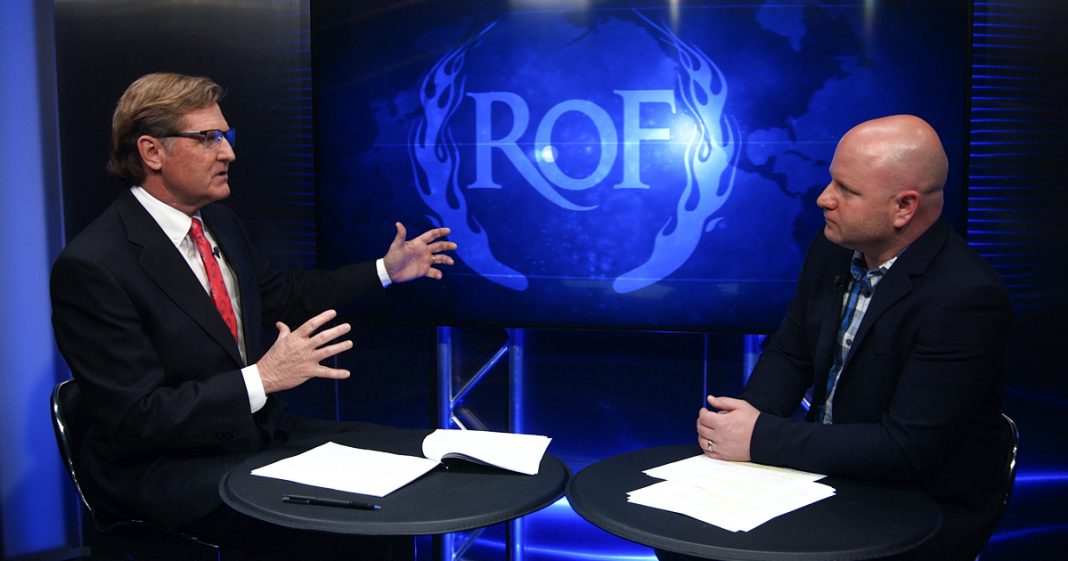 The state of California has become ground zero in the latest round of The Water Wars, with companies extracting millions of gallons out of the state every year. Add in the fact that climate change is causing severe droughts in the state, and we’re left with a humanitarian crisis that we don’t know how to solve. Ring of Fire’s Mike Papantonio and Farron Cousins discuss this issue.

Mike Papantonio:             The state of California has become ground zero in the latest round of water wars with companies extracting millions of gallons of, out of the state every year. Okay. You did the story here, you did the story on DeSmogBlog. You followed this probably more than most journalists that I know. The stories that you’ve, that you we’ve talked about is Nestle’s extracting water, stealing water. They were actually, it’s actually theft.

Mike Papantonio:             And it’s felony theft, stealing water from California and during a time where the droughts are so bad, they, they, you know, this story to me, I love that, I love the way this story is set up in the, in the, in the article that I read because it talked about some of the most fertile ground in all of California is now become almost a desert because of the extraction of water.

Farron Cousins:                  Right, it’s the food basket of the world is what this area was called in the San Joaquin Valley. And now because of the combination of corporate water drilling and extraction and climate change, there’s nothing left. And at the time that you mentioned, you know, you had Nestle in there operating on a license that expired almost 40 years ago, extracting tens of millions of gallons more water than they were even legally allowed to do, at that time when they were stealing the water, the biggest drought ever was taking place in farmer’s making our food that we have to have to live here in the US got told that they can’t use water anymore. You can’t water your crops because there’s nothing left.

Mike Papantonio:             We got, we got to pump it into the city for where people live there. They don’t seem to have any solutions here. And even though I’m always, I’m always wondering, they’re right next to an ocean. There’s certainly, he’s got to be a distillation kind of process that they can engage in, but they don’t seem to have a plan. And it seems like every step along the way Jerry Brown has done, has, has created these water bills.

They’re bills that actually make it almost impossible for farmers in that farm basket area to produce crops. And, and, and, and he’s always leaning towards, well, where are the votes? The votes aren’t in that valley. The votes are in the cities. And I’ve got to make sure that I get them plenty of water. Okay, well this, this is all under the title of water wars. We talk about water wars all the time.

I don’t remember the name of the company in South America. Maybe it’s top of your, I just can’t remember the name of the company. It was a multinational company, goes down to South America. They, they stake their ground and they say, we’re going to start charging you for water that we’re pulling out of the ground. And oh, by the way, we’re not paying for that water. You’re paying for the water.

And then we’re going to take as much as we want to distribute around the world, but we’re going to own the biggest aquifer here in your backyard. That’s happening all over the world right now.

Farron Cousins:                  Yeah, it is, and it’s been happening for over a decade at this point, and these big companies come in. Nestle is one of them. They, they go to these countries that don’t have much, they don’t have a ton of money. They get them to privatize their entire water infrastructure and they privatize it with that company. The company then gets the water for free, sells it around the world, sells it back to the people down the street.

They make tons of money. These countries essentially fall kind of into disarray because they’re poor countries to begin with. Now they’re having to pay for something they previously didn’t have to at an exorbitant cost, and the company walks away with billions of dollars.

Mike Papantonio:             Well, yeah. Down in South American, I don’t know that we’re, I don’t know that we’re that much different these days, but they have a term called amoral familism. I mean, what the term means basically is that there’s a social structure where corruption is just a way of life. Corruption is, okay, so you had these multinationals going down, buying the aquifers all over South America, and when they did the story on how they were doing, it was fairly simple.

You’d only have a handful of people that made decisions about, yes, you can have this aquifer, and they were making, they were bribing those people just left and right. Getting controls of the Aquifer. And what happened down there was there was, the uprising was so extreme. We were talking about, I think it was an excess of a million people in the street that said, no, you’re not going to do this. You’re not going to get our water. And they backed down, but they’re back.

That’s how the cycle works. They’ll come in, they’ll be backed down for several years. They’ll say, now it’s a good political climate, let’s go back in and you know, I’d like to say that doesn’t happen in the US, it happens in California. That’s, that’s why Nestle stole billions and billions of gallons, of gallons of water from the very area where these people don’t even have enough water to water their crops.

Farron Cousins:                  Right and exactly. And the politicians responses at the time, and thank God, you know, Jerry Brown’s gone now as governor of California, but their response when they realized they’d been operating on this expired license and extracting tens of millions of gallons extra per year was, ooh, all right, we need to get to work on a new contract for you that allows you to extract the amount you want so we can take care of you. We’re so sorry that we let your license expire. They were criminally stealing water.

Mike Papantonio:             They were criminals, and then they were apologizing to these criminals for stealing water because it’s the Nestle Corporation.