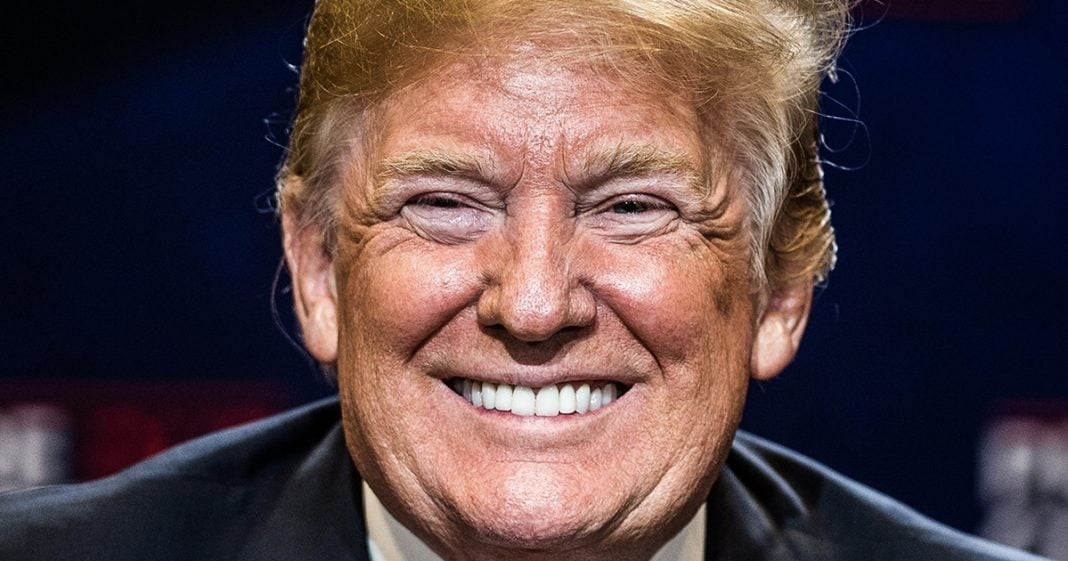 Newly released data has some depressing, though not shocking, news for us all: If you’re a wealthy Wall Streeter or executive, you can get away with nearly anything thanks to the Trump administration’s refusal to prosecute white collar criminals. Prosecutions among the 1% are at a 5-year low, even though the number of crimes being reported has not fallen accordingly. There hasn’t been a better time in this country to be a wealthy criminal, as Ring of Fire’s Farron Cousins explains.

Good News, everyone. If you are a member of the wealthy elite, if you’re a CEO, a Wall Street banker, and you decide you want to commit a crime, there has never been a better time than now to go ahead and do it. And here’s why. According to the latest data for the month of January, white collar prosecutions were down more than 35% we have now hit a five year low in white collar criminal prosecutions, and this is across the board. We’re talking about environmental crimes. So if you’ve got a couple of Vats, a toxic waste sitting in the back of your mansion that you just want to dump into the water, go ad, nobody’s going to prosecute you. If you’re a Wall Street insider and you want to engage in some kind of, I don’t know, mortgage fraud, bank fraud, wire fraud, tax fraud, whatever it is, hell go for it.

We know this justice department’s not going to prosecute you overall across the board. We have seen prosecutions fall at every single government agency by more than 80% so yeah, if you are a white collar criminal or thinking about becoming one, now it’s time to do it because we just don’t care anymore as a country we don’t care. And it’s remarkable because prosecutions under the Obama administration were not all that common. And yet somehow going from it not being a very common occurrence to it virtually never happens today. Like we’ve somehow gotten worse from that. I mean, look, Obama put a lot of corporatists in charge of these agencies that are supposed to be prosecuting and then Trump came along and he said, hold up. I can do so much worse than that end he has. And it’s not that white collar crime isn’t happening anymore.

It’s not that these people learn their lesson and you know, oh, they’re just run by saints now. No, they’re just not being prosecuted. And in the rare instance where the DOJ does say, okay, we’re going to find you for your crimes, well guess what folks, they get to write off the vast majority of these fines in their taxes. I think something to the tune of 75% they get to ride off on their taxes. So it actually ends up saving them money. Like crime literally does pay if you’re a member of the wealthy elite. It’s insane. But this is the way the system is set up. You know, it’s remarkable that we even got that story earlier this week about how CEOs and Hollywood actors and you know all these other people, college coaches, millionaires, how all of them got busted in this college admissions scandal. The reason that made such big headlines and trust me, it’s not because of Laurie Laughlin. It’s because wealthy people finally got in trouble for doing something. I would love to see more stories about that. Not because I enjoy the misery of wealthy people, but because when you look at Wall Street, when you look at the fossil fuel companies, when you look at chemical companies, they are breaking the law left and right, and it’s high time. Some of them did a few years in prison to make up for some of the irreversible damage that they have caused to this country.