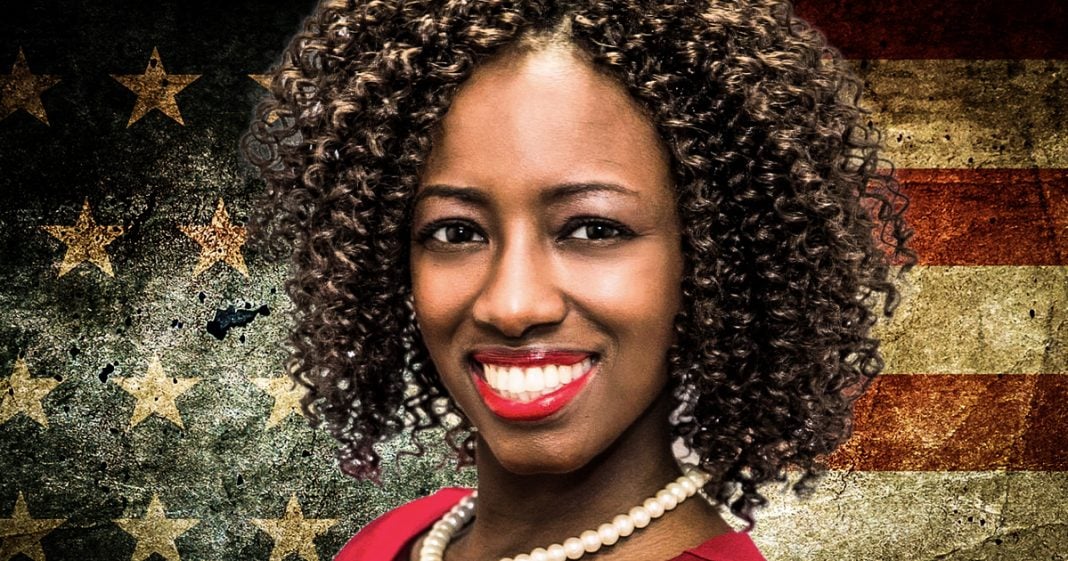 Democrats in Georgia have had enough of Republican men trying to legislate and regulate the bodies of women, so they are fighting fire with fire and have introduced a Testicular Bill Of Rights that would require men to get permission from their partners before getting a prescription for Viagra and putting a complete ban on getting a vasectomy. This is how things should be – if men think the government should be involved in body regulation then it needs to be equal, and this legislation is perfect. Ring of Fire’s Farron Cousins discusses this.

Republicans in the state of Georgia had been working on this heartbeat abortion bill, which basically says that if a fetus has a heartbeat, which happens early on in a pregnancy, abortion at that point is illegal. Well, in response to this Democrats, in fact, actually one Democrat woman by the name of Dar’shun Kendrick has fired back at Republicans in the most clever and intelligent way possible. See, Kendrick proposed a testicular bill of rights. Kendrick is proposing that we regulate men’s bodies the same way that we do women’s bodies. And among the things that her testicular bill of rights would do is it would make a man have to get consent from a woman, his sexual partner, before he was allowed to get a prescription for Viagra, it would also completely banned vasectomies because after all the sec dummies make it to where the sperm, the seed of life that you carry in your body can no longer develop into a human being.

So if it’s wrong for a woman to terminate a pregnancy, than it would have to be wrong for a man to alter his body so that his life cells can’t go on. And form a human being and if you want to argue that, well those are just cells than step right up because there’s a lot of doctors who would tell you the same thing about a developing fetus. You know before it has a face before it has limbs. It is a cluster of cells inside of a host body. Now you may not like to hear that, but that is what science has to tell us. This proposal, which it is not officially being proposed in the legislature in the state of Georgia just yet, but this is meant to show us how ridiculous these Republican men’s attempts are to regulate women’s bodies and representatives like Kendrick.

Here. She’s showing us how absurd this is and more importantly, what it would look like if it was coming from the other way. Now I think she needs to go further. This shouldn’t just be a proposal. This should be something that she introduces on the floor of the Georgia House of Representatives. It should go into the record and you should make every man in George’s House of Representatives have to sit there long and hard and think about it and understand that if you want to regulate one group’s bodies, you’re going to have to regulate everybody’s bodies because eventually there will come a time when these men get their comeuppance. And I mean that in the sense of one day some of these state legislatures are going to be majority women and then all hell’s gonna break loose because they’re going to make sure that all of these body regulations are equal.

Whatever you do to them, eventually he’s going to come back to you. And I’m not saying they’re going to do this out of spite, they’re going to do it out of equality. If you think it’s okay to regulate someone’s body, then you also have to think it’s okay to regulate everyone’s body. Or how about the government get out of the business of regulating people’s bodies in the first place. And there’s a lot of different areas where that applies, but that’s what needs to happen. Republicans are supposed to be the party of small government. Yet their policies are the most intrusive physically on a human life itself. They want to tell us what we can and cannot do with our own bodies, and this proposed legislation from Dar’shun Kendrick over in Georgia, to me, might be my most favorite piece of legislation that I have ever seen proposed in my entire lifetime.