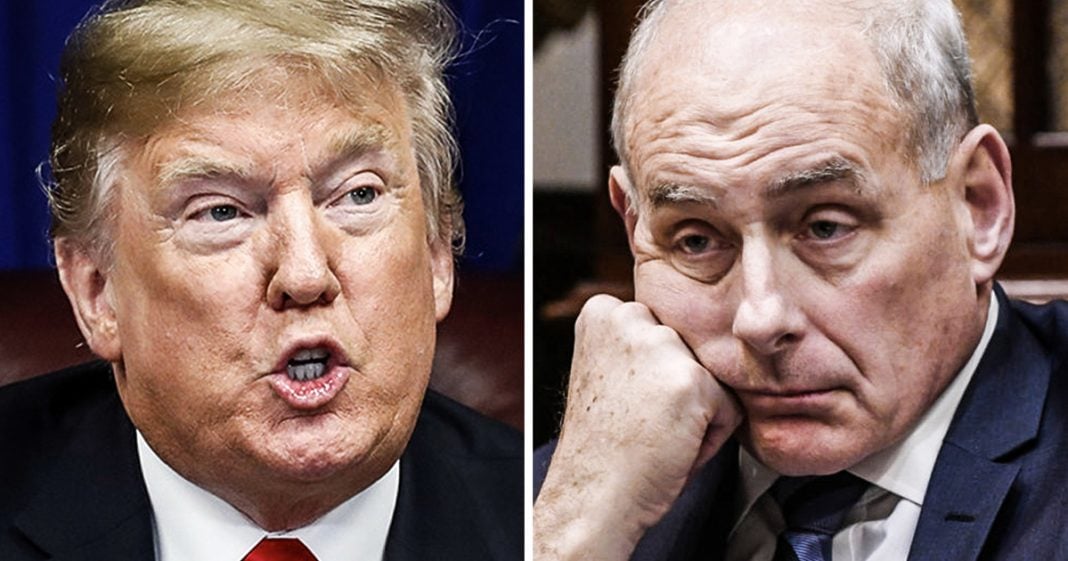 According to journalist and author Vicky Ward, Donald Trump wanted his former chief of staff John Kelly to fire his daughter Ivanka and her husband Jared Kushner and “send them back to New York.” Ward’s new book, Kushner, Inc., makes lots of claims about how disgusting and awful Jared and Ivanka are behind the scenes in the White House, but the fact that they were too awful for Trump is really saying something. Ring of Fire’s Farron Cousins discusses this.

Next week, a new book is coming out called Kushner, Inc by a journalist slash author named Vicky Ward. And in this book, Vicky Ward tells us just how disgusting both Jared Kushner and Ivanka Trump truly are. But this week, the New York Times actually posted a little bit from the book and it told the story of how Donald Trump, shortly after hiring John Kelly, as his chief of staff, asked John Kelly to fire his kids, send them back to New York, is what Donald Trump allegedly told John Kelly. Here’s what happened. Trump hires John Kelly to be the adult in the room. We were all tired of hearing that phrase. It never materialized. John Kelly was never the adult, but the first thing that Trump wanted John Kelly to do was fire Ivanka and Jared. Donald Trump felt that Ivanka and Jared were too stupid. They were screwing up too much and they were generating a lot of bad publicity for his White House. He said, according to the book, that they just didn’t know how to play the game so that John Kelly instead should send them back to New York.

Get read of my kids is the exact quote that Vicky Ward Claims Donald Trump told John Kelly, and this book is actually based on a few hundred interviews with insiders, former and current in the Trump white house. Here’s what gets me about this story though. First of all, this isn’t the first time we’ve heard this. These claims have been coming out for months now that Trump wanted John Kelly to fire Jared and Ivanka because they didn’t know how to do their jobs and they were screwing things up and generating a lot of bad press, but secondly, yeah, we know they’re your kids. At least one of them is, why not have the courage to do it yourself? You miserable little scumbag. That’s what gets me because honestly, what did you think was going to happen, John Kelly was going to walk up and fire Ivanka and Jared and then you wouldn’t ever have to see them again?

No, you’re going to probably Thanksgivings, maybe Christmases. I don’t know if you even celebrate anything other than golf, but nonetheless, you’re probably gonna run into those kids at some other point in your life and you’re going to have to answer for why you made someone else fire them and you didn’t stand up for them. Or You could sit them down, make up some BS excuse and say, listen, your businesses are far more important than what we’re doing here in the White House. I need you to go back to those and take care of them and do the best you can for yourself and your kids. This White House just isn’t for you. It’s, it’s horrible. People are being mean to you. You should get out. I’m protecting you. There you go. I just saved you there by giving you that very simple lie to get rid of the morons. You lie all the time. How did you not even think to do something like that? That’s what I don’t understand. If you want to fire your kids, have the courage to fire your kids or be smart enough to not hire complete morons, even if they are your children and your son in law to work for you. Honestly, all of this could have been put to rest before it even began. If you weren’t such an idiot with the people you chose to hire.