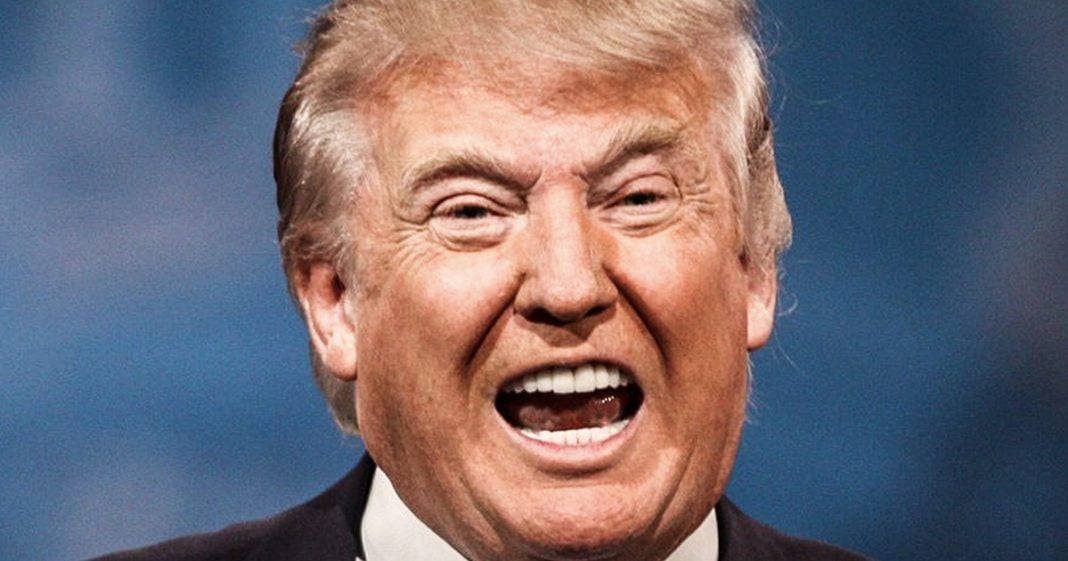 Donald Trump thinks he is sticking up for his buddies at Fox News by saying that he may skip out on debates that are aired on networks that he doesn’t like, but what he’s really doing is laying the framework to back out of debates with his 2020 Democratic opponent. His Twitter rant is a little more complex than most people realize, and Ring of Fire’s Farron Cousins explains what’s really happening.

So one of the more interesting stories that kind of popped up and then immediately just kind of died off last week was the Democratic Party saying they would not participate in any debates put on by Fox News. In response to that, Donald Trump tweeted out the following. He said, Democrats just blocked Fox News from holding a debate. Good. Then I think I’ll do the same thing with the fake news networks and the radical left Democrats in the general election debates.

I want to start by going back. Let’s talk about why the Democrats are not going to do debates on Fox News. First and foremost, Fox News is not a fair news organization. They are run by Republicans. They’ve got people literally inside the White House. They’ve got other folks who have a direct phone line into the White House. Their job is to tear down the Democratic Party. Democrats should have abandoned Fox News a decade ago. So good job. I like this decision. Screw Fox News. Don’t give him any of your time. Don’t legitimize them. Move on. Good call now under the president’s tweet here. Maybe I’ll do the same with the fake news network and the radical left Democrats. Do you understand what he’s doing here? He’s not only defending his buddies had fox news who are getting paid millions of dollars to defend him. He is already laying the framework to chicken out of the debates and even if he does show up to the debates, this framework will give him the clearance that he needs to just say the whole thing is fake. The whole thing is rigged. I started laying this out in March of 2019 that’s what’s happening here, folks. That’s what he’s doing.

Okay, and unfortunately I didn’t see enough people talking about that particular angle of it, which is why week and a half later we’re still talking about this because it is very important. First and foremost, should Trump decided to just chicken out of the debates and not go face has democratic challenger. He’s going to look like a hero to his base, but only to his base. His base has not enough to win him a presidential election in 2020 but he thinks it’s going to win a few points. Maybe it will with that one particular group, but it’s not going to convince anybody else in this country. What it would do is give a Democrat 90 minutes to sit on stage, answer questions from the audience, talk to the host, becoming more likable person who we know a little bit more about, so this would backfire on Trump’s spectacularly, but if he does show up and he does nothing but talk about how illegitimate this news organization is, that may resonate slightly better with Republicans as a whole.

Republicans only trust Fox News. They do go on Twitter and watch how often these mainstream republicans, you know the people who think that they’re the intellectual dark web, but they’re really just people who have a verified Twitter account. They think that CNN is the devil. They think MSNBC is socialism central. Even though MSNBC is just as corporate as the other networks, just as corporate, as CNN, just as corporate as Fox. None of them are good. Some are just not as awful as the others. Here’s what needs to happen. Debates are good. Debates need to take place, but I also don’t necessarily think that corporate media needs to be putting them on just so they can get more ratings. We need a better system. I don’t know what that is yet and there’s not enough time to put it in place just yet, but this has to be reworked, right?

Every major network that puts on these, these uh, debates with the exception of PBS when they do theirs, um, they’re all owned by corporations. Corporations have an agenda and that’s not okay for any kind of presidential debate, but that’s a different argument in and of itself. It has nothing to do with the Democrats not wanting to go on Fox and it has nothing to do with Trump being too scared to face a Democrat on any other network. That’s just something else we need to deal with when the time comes. But we’ll we got to deal with right now is whether or not Donald Trump is actually going to have the courage to step onto a stage with a 2020 Democrat knowing that his policies are failing and that everything the Democrats are suggesting right now seems to be hugely popular with the American public. That could change in the next 18 months, but right now, things aren’t looking so good for Trump.