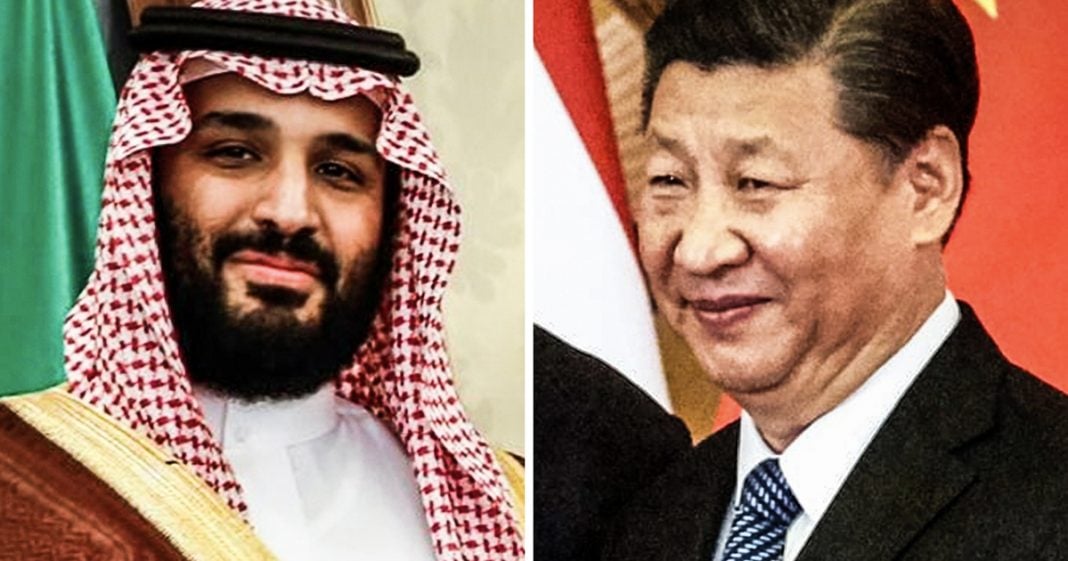 China and Saudi Arabia are at the top of the pack when it comes to giving lavish gifts to the Trump administration. Obviously the President does not get to keep the gifts and they have all been donated, but the fact that these two countries feel the need to constantly show their love for the President is certainly concerning. Ring of Fire’s Farron Cousins explains what’s going on.

It’s common practice for foreign leaders to send over gifts to the president of the United States. Yeah. Usually these are, you know, small but valuable little trinkets here and there. You know, things to just say, hey, you’re doing a good job. I, we’ve had past presidents, you know, a hundred years ago getting gifts of exotic animals for the White House. Now the president is not legally allowed to keep any of these things. They are all sent to the national archives, typically put in the Smithsonian or something or some other museum, but the president doesn’t keep them and take them home. And that’s the case with Donald Trump. In his first year in office, he received more than $140,000 worth of gifts from foreign leaders. He did not take them. There is no illegality on any of this, but what is interesting is the fact that the top two people, top two countries giving him gifts, are Saudi Arabia and China, Saudi Arabia and China, the two countries that really have the most to gain from the Trump administration, Saudi Arabia obviously because we’re sending them boatloads of weapons.

They’re actually using these American made weapons, either go kill people in their neighboring countries or they’re just outright selling them to enemies of the United States. We know that from recent reports, but that’s why Saudi Arabia wants to remain on our good side. So we don’t look at all of the human rights abuses that they’re committing on a daily basis. And Yeah. So here, here’s a, uh, what is it, $6,400 pendant necklace from the king of Saudi Arabia. That must be nice on top of a few thousand dollars worth of other gifts that they have given to Donald Trump. But it’s China, China, the one who stands to, you know, I guess lose from our trade wars. They still want access to American markets, so they continue to butter up the president. And that’s why his trade wars, the tariffs he’s put in place on China, we’re actually paying the cost for those.

China is not, they were the country that gave the most in gifts. And one of those gifts happens to be a dinner wear set, a that costs 16,000, $250. And it includes plates imprinted with the pink house at Mara Lago. So basically they sent him customized dinnerware that featured a building down there at Mara Lago. Now, any of these other gifts that had been given to him, possibly given a past presidents, it’s not personalized. It’s just like, oh crap, there’s a new president. I got to get him something. You know, almost like a baby shower, and you forgot about it at the last minute. No, no. China thought this through China understood exactly how to manipulate. Donald Trump had a flatter him and that is to showcase his properties. So they put that pink house from Mar a Lago right there on this $16,000 dinnerware set. And yeah, it’s paying off dividends for them because again, American consumers, American citizens, we’re the ones paying the cost for the trade war instead of China, even though they’re the ones who had the tariffs put on them. This is why these countries do that, not just with Trump, with everybody in the past. It’s not just a show of good faith. It’s not just to say, Hey, good job on your election. Here’s a trinket we found in the, you know, while shopping, no, these are influence machines. That’s what this is. And that is exactly what these countries are getting out of it. Now that Trump is in the White House.