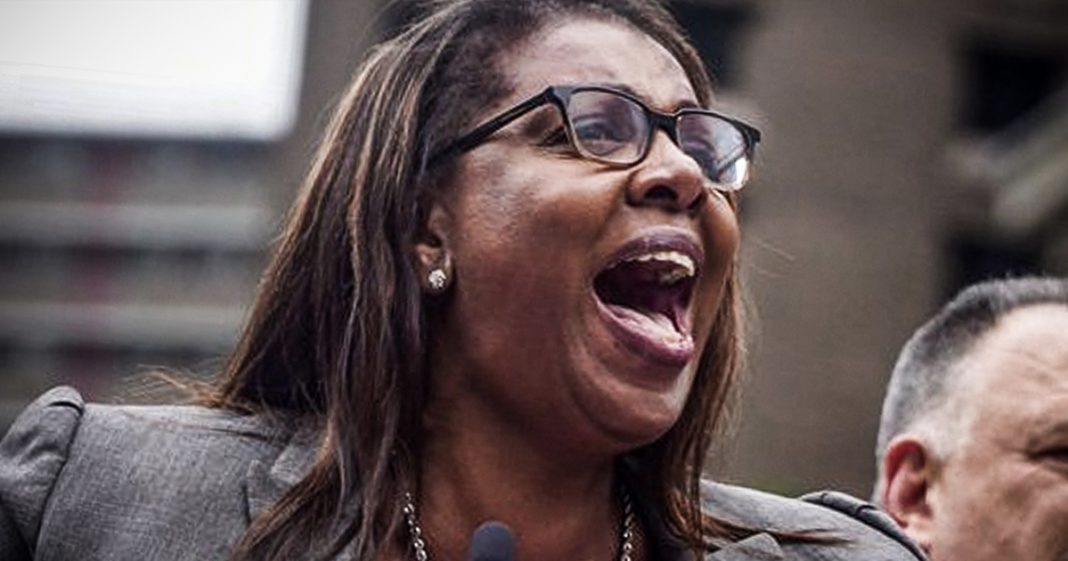 New York Attorney General Letitia James made a filing in court yesterday that claims that the evidence is clear that Donald Trump engaged in charitable fraud by misusing funds that had been given to his now-dissolved charity. While this is only a civil matter at this point, it certainly leaves the door wide open for criminal charges to be filed against the President in the state of New York. Ring of Fire’s Farron Cousins explains what’s happening.

Legally speaking, Thursday was a very bad day for Donald Trump. On Thursday, the Attorney General of New York submitted a court filing 37 page court filing saying that, yes, based on the interviews we’ve conducted, based on the documents we’ve been through from the Trump Organization and the Trump charity, we can now conclude that yes, Donald Trump and his three kids are guilty of charitable fraud. Now, here’s the caveat there. The attorney general of New York, uh, absolutely said that this happened. Unfortunately, this particular case is not a criminal case. It’s a civil case. Uh, they’re seeking two point $8 million from the charity, which has already agreed to dissolve. And they’re also saying that neither Trump nor any of his three little idiot kids are allowed to be a part of a charity in New York for at least the next 10 years. But the attorney general was unequivocal. Trump broke the law, his kids helped break the law.

And before we get into what this could mean for criminal, let’s talk about what actually happened. Here’s the story. Uh, back when he was running for president, when there were still other Republican candidates out there, there was a Fox News debate that Donald Trump decided to sit out because he was mad at Meghan Kelly. So instead of going to that debate on the same night, Donald Trump holds a massive rally and tells people in the audience to give money a ostensibly to his charities so that they can give it to veterans organizations right there, mixing politics with your charity, using politics to raise money for your charity. However it is, that’s illegal. You cannot do that. That is a violation of the law and that’s only one half of it. The other half is that Donald Trump and his kids use that money not to give a bunch of money to veterans’ organizations, but to pay off some debts, settled some lawsuits, and make some repairs down at Mara Lago in Florida, they didn’t use that money for needy veterans like they told us they would.

They used it on their own selfish projects. Again, illegal misuse of charitable funds, and that’s what the attorney general’s trying to tell us happened with Trump. Now. Again, this is a civil case. This is not a criminal case. However, they have left the door wide open to file criminal charges against Trump and the three kids that could be very successful if they decide to go that route. They already have all the evidence. They have all of it. They’ve talked to Allen Weisselberg, the CFO of the Trump Organization. They know everything. They have the emails. Corey Lewandowski is also in the emails. They’ve got everything. They’ve gotten names, they’ve got dates, they’ve got phone numbers, they’ve got expense reports, filing criminal charges against this guy in New York where he couldn’t pardon himself or his kids would be very, very easy. And given what we’ve seen from the attorney general up there in New York, I have no reason to doubt that criminal charges, at least for some members of the Trump family, will be on the way very soon.