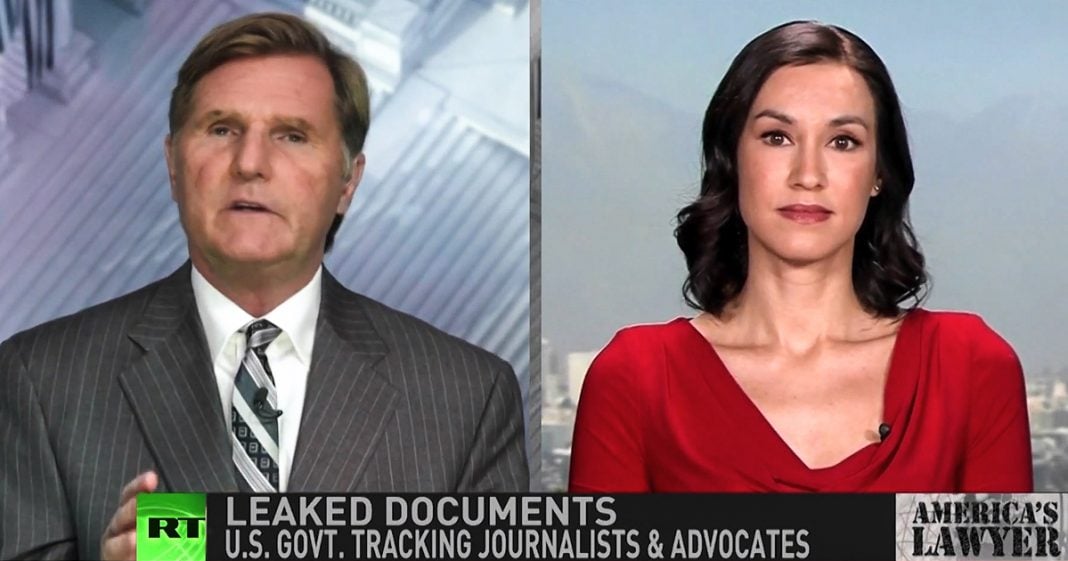 Mike Papantonio:             Newly leaked documents reveal that the US government is secretly tracking immigration journalists, activists and lawyers. RT correspondent Brigida Santos joins me now with the story. Brigida, who leaked the documents and what exactly do those documents expose in this story?

Brigida Santos:                   Well, the documents were leaked by an anonymous homeland security source to a San Diego based investigative news team. That person remained anonymous because of the sensitive nature of these documents. Now the documents reveal the scope of an intelligence gathering program known as Operation Secure Line, which monitored the migrant caravan and also tracked journalists, organizers, advocates, protestors, and even lawyers whose work focused on immigration issues and the treatment of migrants.

Mike Papantonio:             What kind of information, I mean beyond, okay, so we have those kinds of specifics. We understand what, what can be used in that, in that regard. I mean, here, here’s the, here’s the interesting point. When you actually are targeting reporters and advocates and lawyers involved, I mean it’s pretty clear that the constitution, regardless of what the setting is, if it’s conduct by, by an American official, if it is an extension of a policy by the government that leads to these kinds of accusations, it’s pretty serious stuff.

Constitutionally, it’s, it’s the kind of thing that actually could land people in jail if it is, if it goes as deep as what I suspect from, from the early signs of this. First of all, this, this is not legal. You would agree with that. What’s your, what’s your take on that?

Brigida Santos:                   So no, it’s not legal. The American Civil Liberties Union says that it’s unconstitutional for the Department of Homeland Security to single out journalists, advocates and lawyers solely because they’ve spoken out against government immigration policies. While the government may not like this type of speech, as you said, it’s protected under the first amendment.

In a statement, the ACLU says the first amendment bars interference with freedom of the press and it doesn’t permit the government to retaliate against people based on their viewpoints. That means the government can’t single people out simply because it disagrees with the messages that they’re conveying.

Mike Papantonio:             Yeah. It’s like we have forgotten the Frank Church hearings and now this whole thing is ginning up again, spinning up again in the American public, because again, I, I, you know what I think of corporate media. Corporate media doesn’t connect the dots here at all. They, rather than talking about this as a bigger constitutional problem that keeps ginning up and ginning up more and more while we sit back. It’s like a frog in water that boils it little by little.

That’s what’s, that’s where this is headed. And unfortunately, we’re not even teaching civics in school anymore. We’re not teaching this kind of history in school anymore to where a millennial understands that we’ve been through this before and we were so bad, the journalists were physically targeted, lawyers were physically targeted because the federal government thought they had that kind of power. That’s where this is headed. Brigida thank you for joining me. Okay.