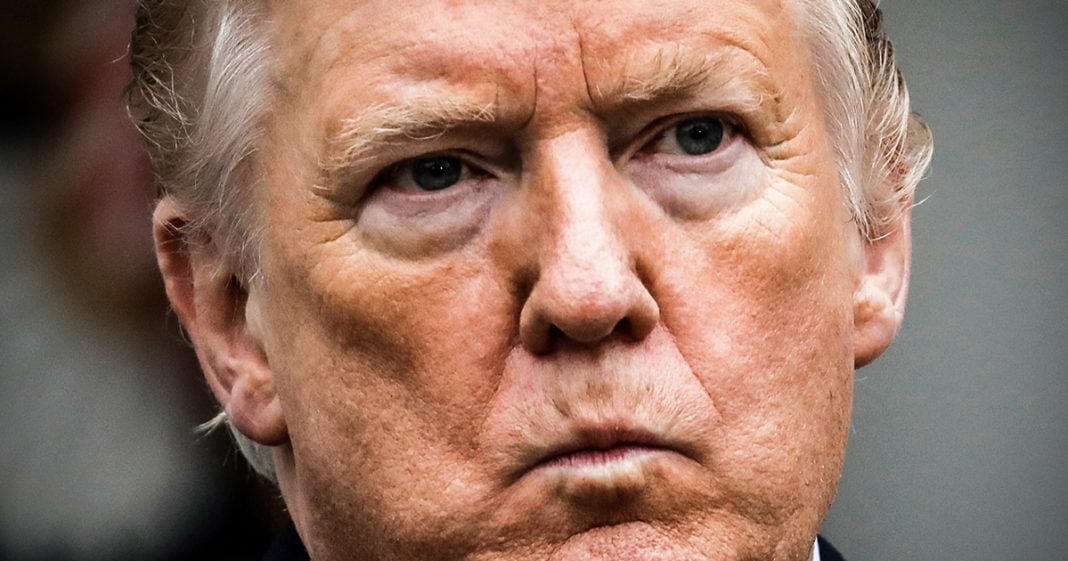 A judge this week issued a scathing rebuke of Donald Trump by telling him that his claims are wrong and that a sitting president CAN be sued for defamation, and it is going to happen to him. The judge is allowing the defamation suit brought by former Apprentice contestant Summer Zervos to continue, which marks a huge blow to the Trump administration. Ring of Fire’s Farron Cousins discusses this.

Donald Trump and his legal team have always told us that really the president above the law, he can’t indict a sitting president. You can’t sue a sitting president and you can’t expect him to show up for court cause he’s got a country to run. Or in Donald Trump’s case, he’s got old episodes of Fox and friends. Tivo, Daddy, he needs to go watch. Well according to a judge yesterday, yeah, you damn sure can be sued and guess what? You’re going to be sued. Here is the actual filing that the appellate court in New York set, uh, wrote yesterday, says despite the suggestion in his brief that he is the embodiment of the executive branch. And though he is tasked with significant responsibilities, the president is still a person and he is not above the law. It’s what an appellate court in New York wrote yesterday. And they wrote that in response to his legal team’s request to delay a defamation lawsuit against the president until after he leaves office.

They’ve been telling us that, Golly, Gee, he is so busy being president, he doesn’t have time to come and deal with this lawsuit. Nonsense. He’s the president. You can’t sew him until after he’s not president. And the judge said, he’s a u s citizen. We’re pretty sure anybody in this country can and will be sued and he’s no exception. This lawsuit is going forward and the specific lawsuit, and they’re talking about here is the lawsuit that was brought by former apprentice contestant summer Zervos who accused Donald Trump of inappropriate sexual behavior, a groping her touching her unwanted. Uh, many other women have also come forward with these allegations. And Donald Trump said that they’re liars. He said this publicly and that’s why he’s being sued for defamation. Now, whether or not saying somebody is a liar counts as defamation, that’s going to be up to the courts to decide.

But unfortunately for Trump it wasn’t just that he said that it’s that his words have inspired all kinds of threats against Miss Zervos. That’s the problem. It’s not just that you called her a liar. He, everybody calls everybody a liar on the other side, right? But when you’re in a position of power and you make a claim about somebody else, and that claim then results in this person not feeling safe, this person being threatened, this person being denied opportunities, then yes, there are consequences. And according to this court, Mr. Trump, you’re damn sure going to face them. And that’s a good thing. Even if ms Zervos does not win this lawsuit, this already sent a message to Donald Trump and it’s sent a message to other prosecutors and investigators and other courts. Donald is not above the law. Stop entertaining the idea from his lawyers that he is above the law. He is a human being and a citizen of the United States. And those two things alone mean that yeah, the laws apply to him too, and we’re going to treat him just like we would treat any other defendant walking into this courtroom president or not.