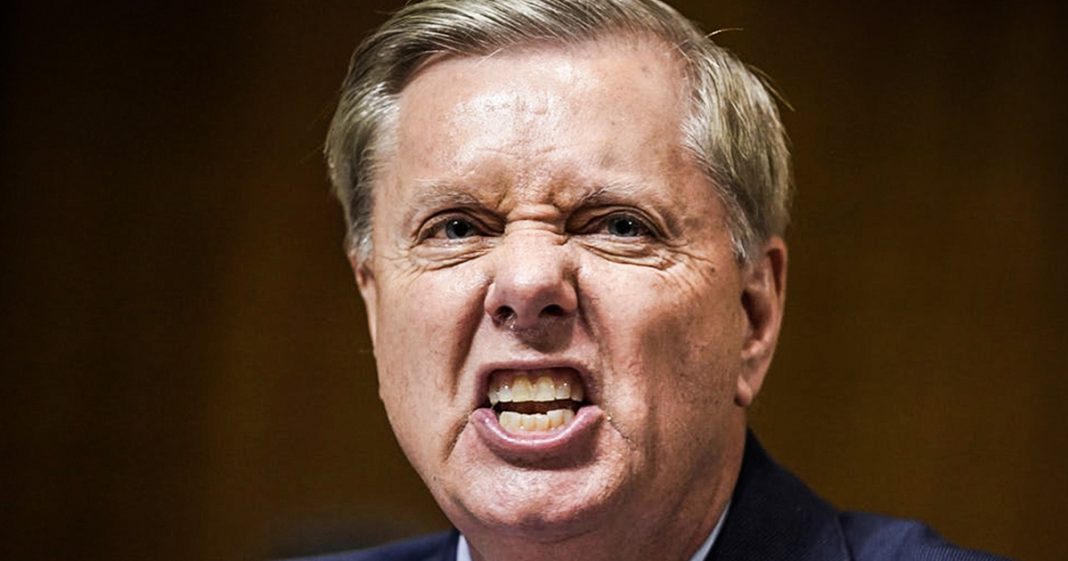 The House of Representatives voted 420-0 on Thursday to make the final report from special prosecutor Robert Mueller public. This almost unanimous vote (4 Representatives voted “present” instead of voting “no”) shows that Congress wants the public to know the truth. But thanks to Lindsey Graham, the measure wasn’t even brought to a vote in the Senate. Ring of Fire’s Farron Cousins explains why Graham felt the need to block something that everyone supported.

In one of the rarest and most bipartisan votes that we have seen in a very long time. Yesterday, the US House of Representatives voted 420 to zero to release the entire Mueller report when it becomes available. Now, it was not technically a unanimous vote because you did have four representatives who just voted present if they did not vote Yay or nay, just present. So it was not technically unanimous, but there’s another catch here.

They actually have no control over whether or not that report gets released. That is 100% up to William Barr, the new attorney general for the United States. He is to make that decision. So this was essentially just a symbolic vote, but the fact that they didn’t have anybody vote against it tells you a lot. Now, of course, they also needed the Senate to go along with this, and the Senate was poised to make that vote until Lindsey Graham showed up and Lindsey Graham gets on the floor of the Senate and he tells him, hold up. Now we ain’t going to be releasing no Mueller report until we get the DOJ to investigate. Hillary Clinton’s emails. I wish I was making that up.

Yeah. I wish I didn’t have to just make that statement, but here we are. 2019

Yeah, maybe march of 2019 halfway through March of 2019 and Goddamn Lindsey Graham is on the Senate floor talking about Hillary Clinton’s emails.

Okay. We’ve had investigations. We’ve had them. We have had testimony. We have had everything you could have ever possibly wanted, and you found nothing to prosecutor on. Can you people please for the love of God, move on. I hate saying the phrase Hillary Clinton’s emails and it’s you Republicans who are keeping this alive. You’re the ones who are keeping her name out there in the public lexicon and you are the only people dumb enough and crazy enough to think that those need to be investigated. Maybe we should look into that. It has been investigated to Hell and back. There’s nothing left to find. There’s nobody left to talk to and trust me, I’m not the kind of person who likes to defend Hillary Clinton at all, but there’s nothing there. And Lindsey Graham is willing to block this Mueller report from becoming public knowledge because he wants to investigate the things that Republicans have been investigating for years and found nothing.

Okay. Lindsey Graham is a disgrace. Lindsey Graham’s time in Washington DC has been over for a very long time, and I think that everybody living in South Carolina where Lindsey Graham is up for reelection in 2020 I think you need to remember how stupid he your entire state, look and do what you can to make sure that he never is allowed back on the Senate floor after that election in 2020 but that’s up to the good folks of South Carolina, and I am trusting you here to do the right thing.