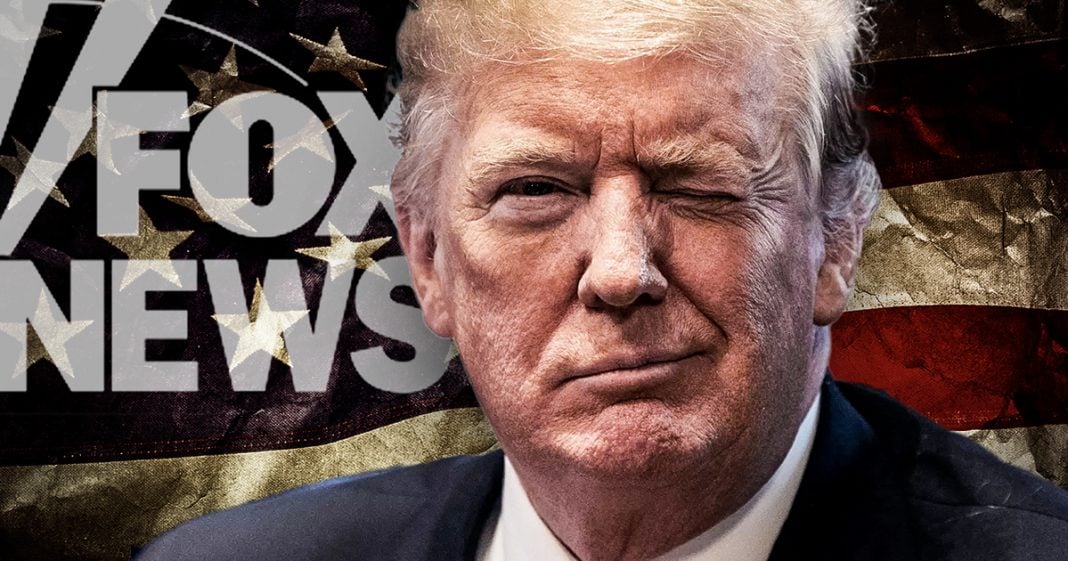 A lawyer for Diane Falzone, the woman who wrote the story on Trump’s affair and payoff to Stormy Daniels for Fox News, suggests that the network may have violated federal laws by killing the story and silencing the reporter. This could easily be viewed as an in-kind campaign contribution, exactly like the hush money payment itself. Ring of Fire’s Farron Cousins explains what this could mean for the network.

According to Attorney Nancy Erica Smith, who’s client happens to be Diane Falzone, the Fox News reporter who had actually uncovered these Stormy Daniels hush money payment story prior to the 2016 election. And then Fox News killed it. Uh, Nancy Smith, the attorney for this woman appeared on MSNBC earlier this week where she hinted at the fact that Fox News may have actually broken the law by killing this story so that it doesn’t effect Donald Trump’s campaign. Now, the decision to not err this story that was damning to Donald Trump was made by a man, a man by the name of Ken Look Court, who is now a former Fox news executive. But according to, uh, the filings, he was the guy who said, no, we’re not going to run with that story. And he totally claims that it wasn’t because Rupert Murdock wanted Trump to be president. They just considered the story not publishable, even though it was about a presidential candidate having an affair after his wife had given birth four months ago and that he tried to cover it up with the hush money payment.

So, yeah, kind of seems like a big deal. But according to the executives at Fox News, it was not publishable, but it’s not because it was not publishable because they love Trump. They just didn’t think anybody would care about it I guess. But here’s the thing, and this is what, uh, the attorney Nancy Smith pointed out, how is this not an in kind campaign contribution? Fox News obviously felt that this was something of value for the Trump campaign and therefore they did not publish it. Giving them that value of not having published it. Now I know there’s a lot of gray areas in the law right there, but this would not be a difficult argument for really any attorney in this country to prove Fox News knew that this story could damage the presidential nominee that they had been supporting. So they intentionally didn’t publish it in order to help him.

To me, that seems like an in kind unreported campaign contribution, which would be a violation of federal law. So Nancy Smith is saying that at the very least, we need to have some kind of hearing about this. These people need to go and testify, preferably before Congress, and explain why exactly they killed this story, why they felt it wasn’t important enough, why they deemed it unpublishable and whether or not they feel that it provided value to the Trump campaign. Because it did. Also, she wants her client to be called before Congress to testify because as it stands right now, she is restricted by nondisclosure agreement. That was part of a settlement after she sued the network, not for that story not being published, but for gender and disability discrimination. So after they didn’t publish your story, apparently they were discriminating against her. So this woman has had it very rough with that particular network and part of that settlement was a nondisclosure. So she can’t even talk about what she uncovered and what they told her about not publishing it. Hearings need to take place. We need some answers on this because we need to find out, as Nancy Smith pointed out, is Fox News actually a news slash entertainment company or are they simply an extension of the Trump administration? I think all of us deserve answers to that question.