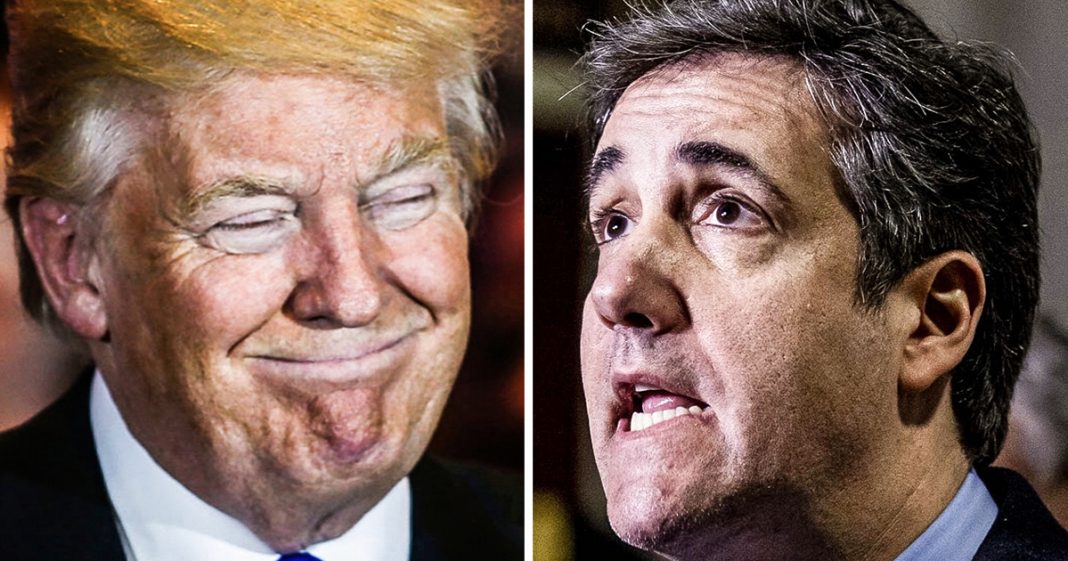 According to newly released emails, Donald Trump and his lawyers were hoping to prevent Michael Cohen from flipping on the President by hinting that he could be pardoned by the President, should the need arise. These emails add a new layer to the obstruction of justice charges that could be headed Donald Trump’s way, but they also show that Michael Cohen may not have been completely honest during his recent Congressional testimony. Ring of Fire’s Farron Cousins explains what’s happening.

Trump has been on a tear on Twitter for the last 48 hours, likely because of Paul Manafort’s second sentencing, which was immediately followed by new charges from the southern district of New York. But, uh, I think what Trump has really concerned about, because the Manafort thing technically really doesn’t have much to do with him per se, but I think what he’s concerned about is the story that came out yesterday that said that Donald Trump and his legal team were dangling pardons in front of Michael Cohen in an attempt to prevent him from flipping. Now obviously we can’t just say, oh, somebody said this, somebody said that there would have to be some kind of paper trail. Right. Well, luckily in this particular instance there is, there are emails that were released yesterday that pretty much tell us that Cohen’s lawyer had been speaking with Rudy Giuliani about the potential of a pardon for his client.

Obviously things went a little sour between Michael Cohen and Donald Trump. And so it’s very unlikely that a pardon would happen, especially now following Cohen’s testimony, which brings us to another point though, Cohen claims that he never spoke to anyone with the Trump administration. Never asked anyone at all about a potential pardon? He said that during his congressional testimony, his lawyer now it goes out and says, you know, yeah, he wanted me to ask and you know, see what was happening with this. So if that’s true, than we could be looking at another situation where Cohen was not 100% honest in his congressional testimony, which does throw quite a big wrench into the gears at this point. The question we have to ask and the question we have to find out the answer to is, which Michael Cohen is being genuine here. Was He asking for a pardon?

Did his lawyer approach Rudy Giuliani about it? You know, the emails suggest that yes, those things did happen and if so, if Trump was dangling a pardon out there from Michael Cohen to not flip on him, then that is 100% obstruction of justice. It would also be considered witness tampering. Something that Donald Trump and a lot of his followers have already engaged in. So yes, it’s very obvious at this point that Donald Trump was somehow trying to manipulate Michael Cohen from testifying honestly in front of Congress or with the prosecutors or with the investigators or with anyone else. Michael Cohen is told a lot of lies, not just in testimonies, but through the course of his career. And at this point, it’s hard to take that man at his word unless there are receipts. This happens to be a story because of those emails that have come out. There are receipts with this one, we can verify that, but unfortunately those receipts kind of seem to, uh, negate what he told Congress just a couple weeks ago. So that’s also going to hurt some of the damning information that he gave because now we have to question whether or not he was being honest then as opposed to now.