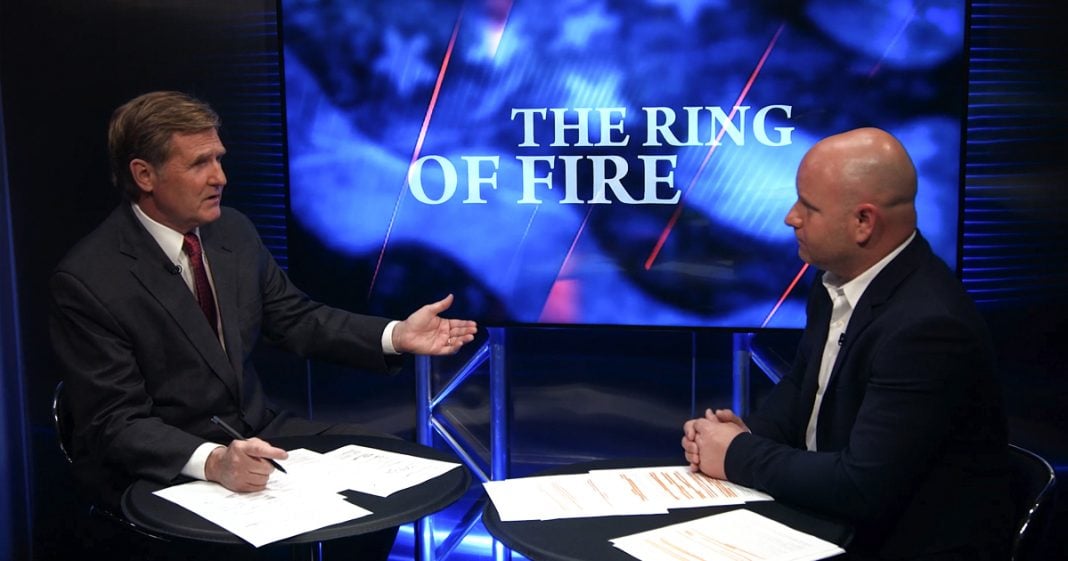 The owner of a water park in Kansas has been arrested on charges of second degree murder after a water slide at the park decapitated at 10 year old child. Ring of Fire’s Mike Papantonio and Farron Cousins explain more.

Mike Papantonio:             The owner of a water park in Kansas has been arrested on charges of second degree murder after a water slide at the park decapitated at 10 year old child. This is the best example I can give you of what happens when regulators don’t do their job. And so, so your, your, your story about a, about what’s getting ready to happen, where it’s going to be massive kind of effort to do that. Tell us, tell us this story Farron.

Farron Cousins:                  This, the guy that owned the waterpark that ran it, that helped design the things, high school dropout. Has no training in engineering whatsoever. He hires this company that has a history of cutting corners. So you’ve basically got two know nothings. They want to design this waterslide the biggest in the United States because they wanted to be featured in this travel channel show about extreme water parks.

Farron Cousins:                  So they rushed the construction, they cut every corner, none of them are trained to properly design a waterslide. 10 year old kid goes down it, his head gets stuck in this netting.

Farron Cousins:                  It cut his head off. A 10 year old child. The family sat and watched their child, and watched his head get cut off. And so to me, obviously this, this could have opened them up and it will to massive lawsuits, but to finally see somebody who cut corners go to prison.

Mike Papantonio:             Well, this lawsuit, my memory is that lawsuit, the lawsuit itself was I think settled for about $20 million. I mean there was, they didn’t just sue the waterpark, they sued other people involved. But the truth is the regulators, this is what regulators do. Regulators go out and they say to the person, okay, let’s see your design. Are you qualified to make this kind of design? Do you have an engineering degree? This guy didn’t even have a high school diploma.

Mike Papantonio:             So he’s out, he’s out designing these rides. That his, his goal was I want to be the fastest. I wanted to be the biggest, I want to be the biggest thrill ride. And you know what, after this happened and after this happened, you had employees come forward that says, you know, we were telling, we were talking about this. We, we, people came and asked about it and we said we’ve had more problems than just this decapitation with this particular ride.

The regulator, that’s their responsibility is to understand, to talk to these employees. But these employees, when you, when you talk to them, there was no regulatory oversight. It was this exactly the same kind of problem we’re talking about. So this, this, this, this 10 year old child is decapitated and business goes on. Somebody’s going to probably go to prison here. I would, you know, there’s, there’s enough to, there’s certainly enough to articulate a, a manslaughter case.

So someone’s going to go prison. $20 million going to, going to be paid out. And these parents who’ve lost their 10 year old child, and if you really follow the track on this, you go back to the very beginning. This is what regulators are supposed to do.

Farron Cousins:                  And we all know what’s happened in Kansas. Brownback destroyed regulatory agencies, destroyed the economy, destroyed everything, gave it all to the corporations and companies. And this is what happens when you get rid of the regulators and you trust companies to do the right thing. They’ll never do it.