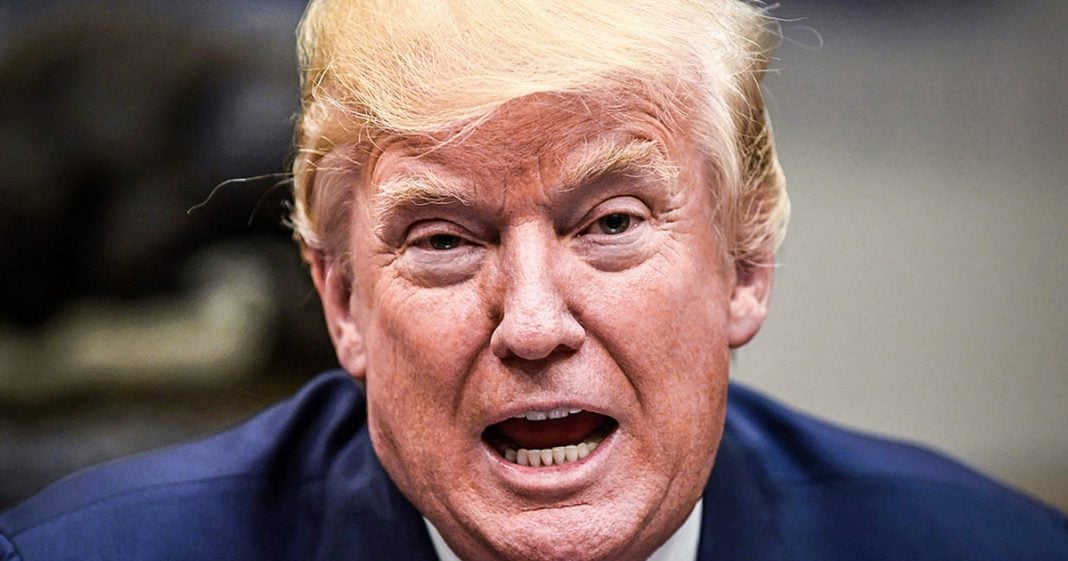 Donald Trump thinks airplanes are too complicated to fly these days. During an odd Twitter rant, he went on about how airplanes are just too darn sophisticated for pilots to understand, and that’s probably why there was a deadly plane crash in Ethiopia recently. Not only is air travel safer today, but Trump’s comments have absolutely nothing to do with why that plane went down. Ring of Fire’s Farron Cousins discusses this.

Let’s be perfectly honest, and I don’t mean this to be offensive in any way, but typically older generation, senior citizens tend to struggle a little bit with technology. You know, newer technology coming out, they like the simpler stuff from back in the day and there’s nothing wrong with that. But if one of those senior citizens happens to be the president of the United States railing on about how bad technology is because they don’t understand it, then yes, at that point it becomes a problem. And that’s exactly what happened earlier this week. Donald Trump took to Twitter rather than mourning the victims of the recent, uh, Boeing seven 37 Max 8 jet crash in Ethiopia. We’re 157 people were killed rather than morning them. He said, Dang it. Planes are just too darn smart these days and they’re complicated and pilots don’t know how to fly them here. The exact tweets. Here’s two tweets.

Airplanes are becoming far too complex to fly. Pilots are no longer needed but rather computer scientists from MIT. I see it all the time in many products, always seeking to go one unnecessary step further. When often old and simpler is far better, split decisions are needed and the complexity creates danger. All of this for great costs yet very little gain. I don’t know about you, but I don’t want Albert Einstein to be my pilot. I want great flying professionals that are allowed to easily and quickly take control of a plane, which by the way, Donald is exactly how planes work today and no, I also would not want Albert Einstein flying my plane because I don’t think a man who’s been dead for decades would be a very good pilot. Maybe that’s just us. Nonetheless, Donald, I think you need to understand that. Yeah, there’s probably some problems with this Boeing plane.

In fact, American pilots have actually been reporting to the federal government that they’re having problems with these Boeing seven 37 Max 8s. So what’s the government doing about it? Button you run. The government pilots in the u s are telling you, these planes are bad. Do something. This is on you, you 88 but that particular plane, design aside, air travel today is safer than it’s ever been ever been in history. Plane crashes are down by a third from what they were in the 90s there down by 75% of what they are or were in the 70s you’re far less likely to be in a plane crash. Unfortunately, thanks to deregulation and a government that’s completely useless. We have corporations out there putting out shoddy products and sometimes those shoddy products happen to be airplanes because we fired all the regulators and crippled all the agencies that are supposed to be looking over their shoulders making.

They’re not cutting corners. This has nothing to do with increases are advances in technology, in airplanes. Pilots are still needed. They still make the decisions. They still control the damn planes. You idiot. So don’t get on Twitter, on your smart phone and complain that things are just too complex. And we should go back to the days of prop planes and single engines that had a horrible history of going down. Things are okay right now. They’d be even better if you and your Republican brethren would stop cutting all of the agencies who are supposed to be keeping us safe when we fly on a plane.