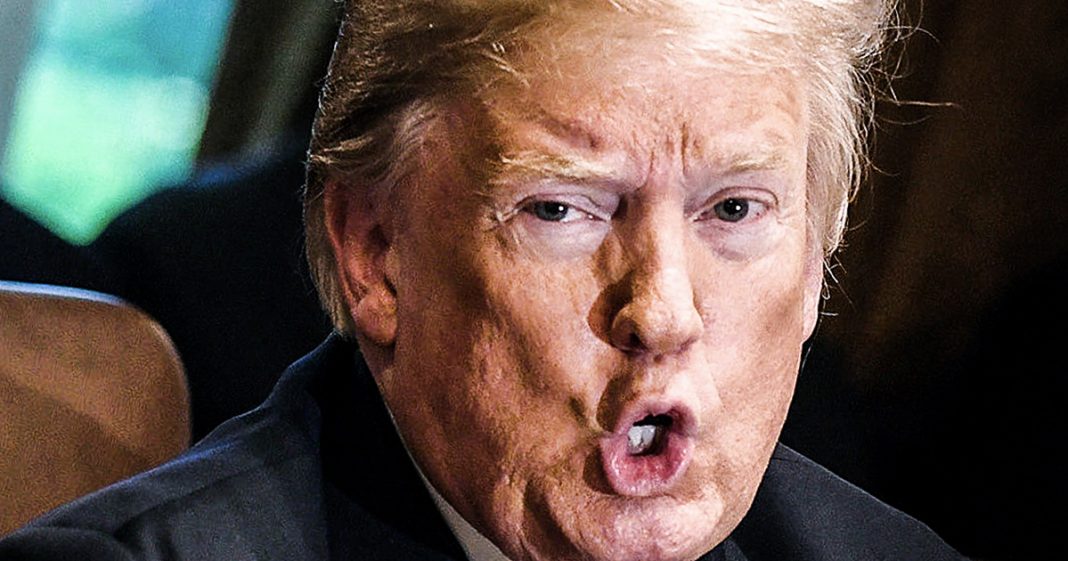 The Attorney General’s office of New York has opened an investigation into several projects that were done by the Trump Organization. They have subpoenaed several banks that funded the projects, hoping to see if their records match up to what Michael Cohen said during his recent Congressional testimony. He implicated Trump in a financial fraud scheme, and now New York investigators want to see if he’s telling the truth. Ring of Fire’s Farron Cousins explains what’s happening.

Yesterday, monday at the beginning of the day, Donald Trump was involved in no fewer than 17 different investigations. By the end of the day, that number had risen by at least two. So by the end of the day, he was the target of at least 19 different investigations. The new ones that popped up yesterday, uh, come from the New York Attorney General’s office of Leticia, James, and what Leticia James has done and her crew, they’ve subpoenaed a couple of banks that Donald Trump’s been doing business with because they want to see those bank records to find out whether or not Donald Trump did inflate his assets when applying for loans and other monies. And the reason they think they need to look into this is because, I don’t know if you remember this, but there was this guy, Michael Cohen, he testified before Congress a couple of weeks ago and he actually implicated Donald Trump and a massive financial fraud scheme that democratic representative Ro Khanna said was textbook financial fraud.

Donald Trump, according to Michael Cohen, was cooking the books in New York. And so the New York attorney general said, you know what, I think that’s looking a worth looking into. So they have issued these subpoenas to Deutsche Bank, the hand over the records. Uh, they’ve issued subpoenas to investors bank to handover financial records and all of these are related to different deals that the Trump organization, the Trump company, whatever it was, was trying to work out. They want to know if what Donald Trump told them or submit it to them on paper matches up with the actual financial records of the Trump organization should be pretty simple. If the numbers match, he’s good to go. If they don’t, that means you submitted fraudulent information to these financial institutions in order to secure a loan and that’s illegal. But there’s a catch here. The Attorney General’s office in New York is not looking for criminal activity.

This unfortunately is a civil investigation. So with this particular investigation, technically both of the investigations, the worst that could happen would be a fine, they could then refer for criminal prosecution should they choose to go that route. But right now it is just a civil case and nobody is looking at the possibility of jail time unless of course they find out that this has been a routine, a operating procedure for the Trump organization for other finance. So a financial institutions as well. In which case, yeah, charges will probably eventually be filed, but for right now we have to settle for the fact that this is a simple civil investigation, but keep in mind the attorney general’s office, should they find financial fraud, they actually do have the power to completely dissolve a corporation if the fraud is great enough. So worst case scenario, all the papers match up and Donald Trump squeaky clean and we were all wrong. Best case scenario, not only does Trump get arrested along with his children for crimes that they cannot be pardoned for cause this is the state of New York, but that also the entire Trump organization gets dissolved, broken apart and sold off to whoever wants to buy that piece of crap. Now for me, I know it’s a long shot, but I am still going to reserve just a little bit of hope that that could happen.