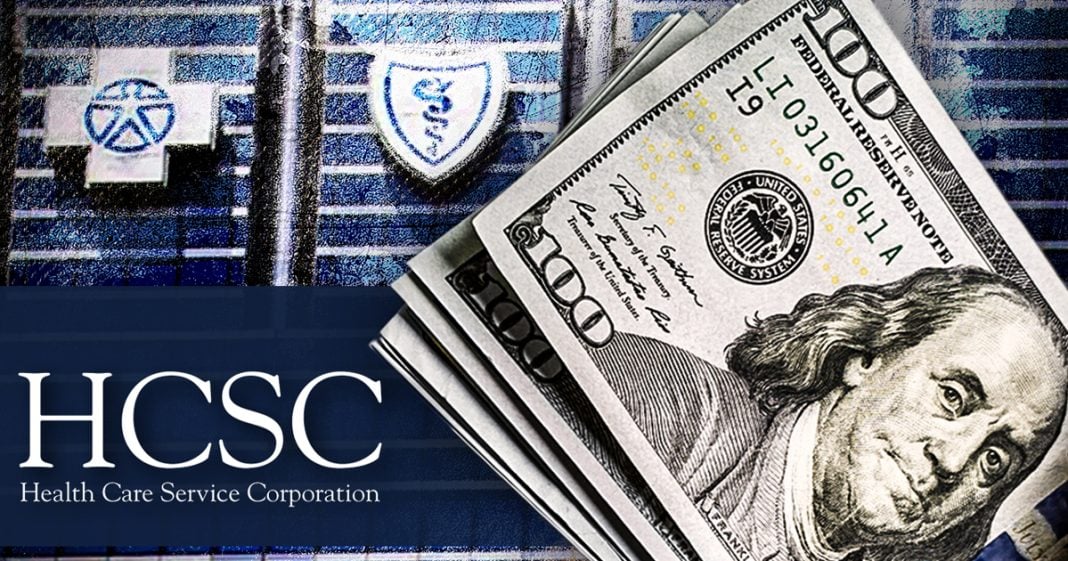 Health Care Service Corp, a company that operates insurance plans from some of the nation’s biggest insurers, paid a grand total of $0 in federal taxes last year, but still somehow managed to get a REFUND of $1.7 billion. This represents everything that is wrong with our current tax code – average taxpayers are watching their refunds shrink while paying more in taxes, while billion-dollar corporations pay nothing and still get money back. Ring of Fire’s Farron Cousins discusses this.

More and more reports continue to come in of American citizens reporting that, Hey, my tax refund is a hell of a lot less than it usually is. Or I owe taxes for the first time in my life even though my income didn’t change. But fear not folks. Because what if one day you received a one point $7 billion tax refund after filing your taxes? Not only that, not only do you get a one point $7 billion refund, but you also paid $0 million in federal income tax for the entire year. I then sounds like a grand prize on a really awesome game show, right? Well here in the United States, you don’t have to win a game show to get that kind of special deal. You just have to be a disgusting health insurance company and suddenly you pay nothing in taxes, but you still get a one point $7 billion refund.

This is the story of Healthcare Service Corporation, uh, which is a healthcare company that actually helps administer health insurance plans for some of the country’s biggest insurers like blue cross and blue shield. They paid $0 million in taxes in 2018 and yet somehow still managed to get a refund of one point $7 billion. The federal government gave a company that paid nothing in taxes, one point $7 billion and they still manage to have a net profit net profit of four point $1 billion last year. And the government says, Hey, that’s not enough. Let’s give you an extra 1.7 billion because why the hell not? So? I want everybody to remember the story of Healthcare Service Corporation. When you’re doing your taxes and you see that your refund is smaller and just know that your sacrifice of receiving a smaller refund is so that greedy corporations who paid and nothing can get a massive refund.

If it doesn’t make sense to you, then good, you’re on the right track. But I hope everyone remembers which political party did this. This was not the Democrats plan. The Democrats did not draft this bill. This was the Republican tax cut package that passed in at the end of 2017 this is them. This is what they did and this is how they designed it. And this is why they designed it this way. Remember that as we get into this 2020 election cycle, remember that you could pay $0 million in taxes and still get over $1 billion in refund. All you have to do is be greedy, shameless corporation that knows how to take advantage of all those wonderful tax loopholes that Republicans have given corporations and taken away from average American workers.