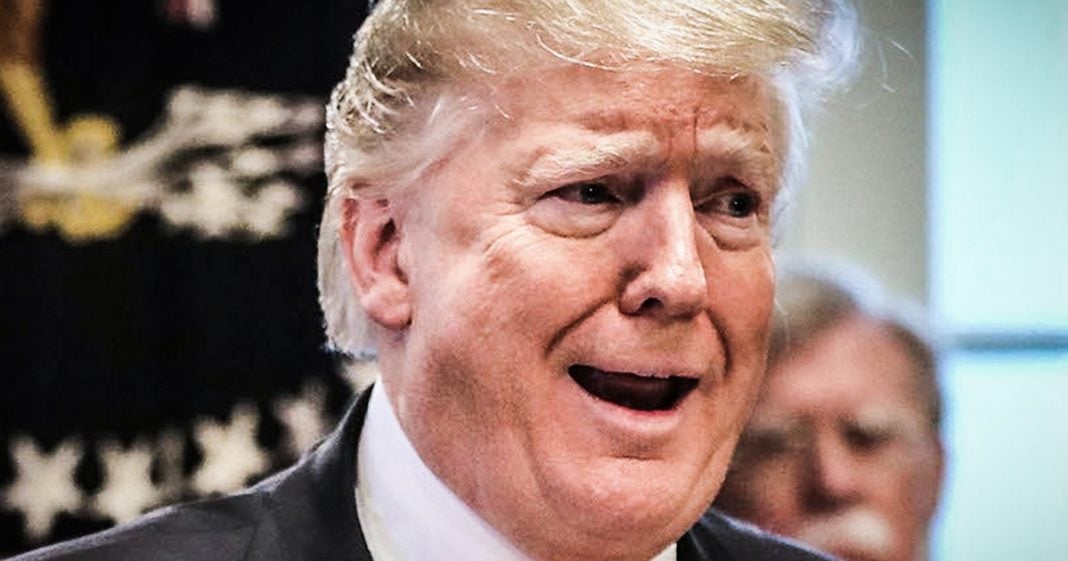 The Trump administration is looking everywhere for money to build their wall that nobody wants, and now they’ve decided that the best funding source is to just steal money from military pay funds as well as funds intended for cancer and HIV research. This is disgusting and immoral, but that’s exactly what we’ve come to expect from the Trump administration, as Ring of Fire’s Farron Cousins explains.

Donald Trump is still scrambling to find the money that he needs for his border wall and people in the White House think they may have found a couple of sources where he can just take money to start building this thing down there that nobody wants. One of the areas where they are going to start pulling money is from military pay and pension programs. So if you’re a member of the military, that’s some pretty bad news for you. You know, maybe your pension’s not going to get as much money as you thought this year. Maybe you’re not going to get that 10% raise that Donald Trump promised you because they’re taking that money and they’re going to build a wall. Now, according to officials in the government, the reason they’re taking this money is because military recruitment has been down. They don’t have as many new people. Uh, there are a lot of people aren’t retiring, so they don’t have to worry about the pensions right now.

So they just feel that they can steal that money. But again, Trump promised members in the military a 10% race, they didn’t get it. I think they’re raise was roughly what, 2% maybe a little under that, which was actually less than it had been in the past few years. So he already screwed them out of the raise. He promised them, and now he’s taking the money away. That could be given to them as raises any spending it on a project that most people in this country think is completely unnecessary and quite frankly, stupid, but don’t worry if you’re not a member of the military, you’re still getting screwed in the deal because they’re also going to take hundreds of millions of dollars away from government funds that are supposed to be used for cancer research in HIV research. So if you’re a person with an immune system and a human body, they’re now putting you at risk because they’re taking money away from curing two of the worst diseases known to mankind so that they can build this wall.

On top of that, Donald Trump has now asked Congress for an additional eight point $6 billion for his wall. I guess there’s not enough money in the cancer fund to pay for everything that he wants. In spite of the fact that he keeps telling us on Twitter, and I don’t know if the idiot realizes that he’s undermining his own cause here, but he tells us that border patrol agents are doing a beautiful job. They’re stopping so many people, they’re just killing it down there. Nobody’s getting through because of our major awesome border patrol agents and those tweets alone telling us that show that this wall is 100% unnecessary. The statements that he made, we need declared as national emergency, which apparently were still in ladies and gentlemen. Apparently all of that was nonsense too and he admitted it when he made the announcement. He didn’t need to do this. He just wanted to because screw it, he’s president. You’re not. Yeah. This isn’t going to hold up in court. In fact, I’m shocked that we’re over 20 days into this emergency and it hasn’t already been shut down because the longer it stays going, the more likely Trump is to steal even more money from these programs that we desperately need. For our country. Cancer Research, HIV research, military pay. Yeah. I consider all of those things a hell of a lot more important than his stupid border wall that we don’t need.