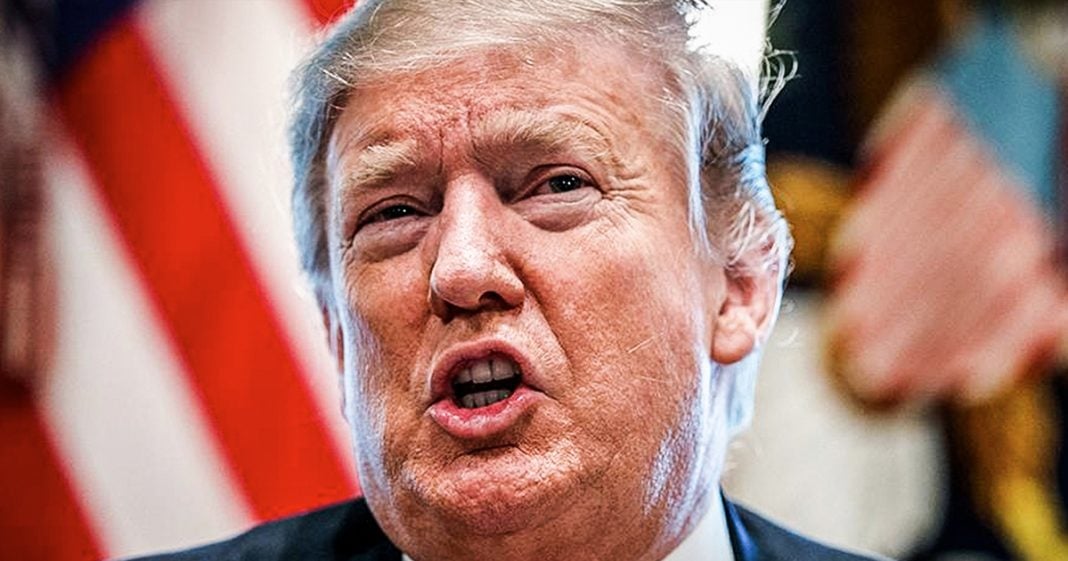 According to fact checkers, Donald Trump is now averaging 22 lies every single day. This is a stark increase from a year ago when he was averaging about 5 lies per day, and even 6 months ago when he was approaching 10 per day. The increase in his lying has coincided with the investigations getting closer to him, but not all of his lies are trying to cover up his potentially criminal activity, as Ring of Fire’s Farron Cousins explains.

According to a new analysis by the fact checkers over at the Washington Post, Donald Trump is now averaging 22 lies per day. 22 lies per day. Now let me take you back 12 months ago, 12 months ago, we were talking about the fact that his lie average had increased the, I think 5.4 lies per day. Five and a half lies per day. Just one year ago. Last summer that jumped up, it jumped up to almost seven lies per day. It was in the high six, uh, point somethings and then around October, November time, election time, his life frequency increased to almost 10 lies per day. Here we are not even six months past that point and he’s up to 22 lies to the American public every single day, every day. Now admittedly, the Washington Post says, Hey, a lot of that kind of, you know, this big spike in average is because at Seapak last week, he told more than 100 lies in his nearly two hour speech.

So that kind of padded the numbers just a little bit, but it doesn’t take away from the fact that the president is telling us a couple dozen lies every day. Now, the biggest source of his lies happened to be obviously about the Mueller investigation, the claims of witch hunt, the claims that he cannot back up with any facts. Those are lies. And he does it on a near daily basis. But that’s not the only thing he’s lying about. That’s the cause of a lot of the lies. Let’s be honest. The reason he lies more, and the reason we’ve seen that number go up over the last 12 months is because he gets scared. He’s scared of the investigations, he scared of the walls closing in on him. And that is why the average goes up. But the lies aren’t just about the investigations. Most of them are. But he’s also lying about the trade wars.

He’s lying about all the winning. He’s lying about North Korea. He’s lying about Venezuela. Those are lies too. And those are lies to distract us from the, uh, investigations. That’s why he’s doing it. And again, with Democrats in control of the House of Representatives, uh, subpoenaing and requesting documents from everybody who was ever even looked at Donald Trump, the lies are going to increase because the walls are going to close in even more to the point where they’re physically squeezing him and like a rat trapped in a corner. The only thing he knows to do at that point is to lash out. And in Trump’s case, that lashing out comes in the form of lies that he tells to people on Fox News and to the entire country on Twitter. It’s going to get a hell of a lot worse in the coming months. So buckle up because this is just the beginning.