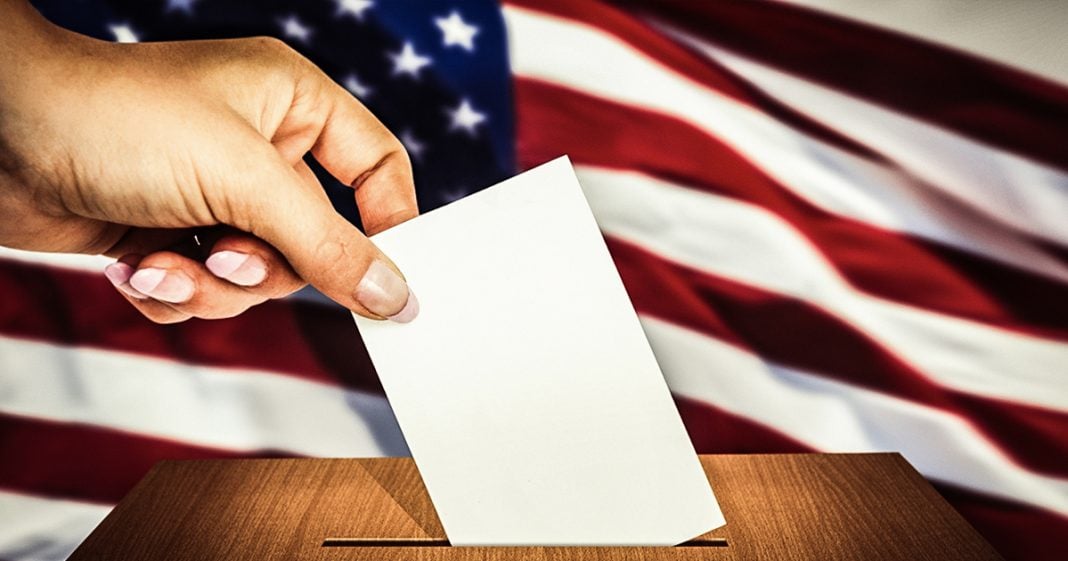 For the past 40 years, the Republican Party has only offered two ideas – tax cuts and deregulation. But they’ve also offered a few other things that help keep voters on their side – hate and fear. Between their lack of ideas and their peddling of hate, they have somehow managed to stay in power long past their expiration date, and Ring of Fire’s Farron Cousins explains how that is possible.

I’ve been talking a lot recently about one certain theme and that theme is that since the 1980s the Republicans have had only two ideas, tax cuts and deregulation. And the reason I keep harping on that theme aside from the fact that it’s true when you look back at their history is because we are officially in an election season now, folks and Republicans have nothing to offer the American public. They haven’t had anything to offer the American public in 40 years, nothing they have done, be it tax cuts or deregulation. None of it has ever benefited the average working class here in the United States. And that’s a problem. You know, Reagan came along and he killed the labor unions and they never recovered. The numbers are still going down today and when he did that, he effectively killed the middle-class that has been dwindling ever since. He did that.

But that wasn’t the only thing Reagan did. And this is the second part, aside from having no ideas other than tax cuts and deregulations republicans stay in power through two devices, hate and fear, and they actually really go together. Just think back to Reagan. Reagan told us that we need to be angry. We essentially need to hate black people because they’re taking all of our tax dollars by being on welfare. He invented the welfare queen. You know these well to do black folk who would rather sit around and collect their unemployment checks and their food stamps then go to work. It was a lie. It was a myth, but it worked. Reagan got us to hate the others in order to fear for ourselves and our livelihoods to vote for Republicans even though they had nothing to offer. That’s how that works. That’s how that cycle goes. W Bush though, he spoke a great game about Muslims, did not demonize them in his speeches are in his talks. What did he do? He got America to hate Muslims through his war on terror. That’s what he did and a lot of people have pointed out to me. They said, well, he didn’t say go hate them. He was very clear to separate the people who did nine 11 and the bad guys over in Afghanistan and Iraq from normal everyday Muslims. He certainly was, but you know who wasn’t literally every other Republican in this country and Bush knew it. He knew exactly what he was doing. You had Christian leaders telling us that Muslim Islam was a religion of hate. Fox News told us that every day they still do it. What they’re doing with representative Omar now is absolutely sickening and they’re doing it because she’s a Muslim.

So Bush, in spite of offering us nothing but endless wars and tax cuts gets reelected. Why? Because of our hatred that he fostered of the others. In this case, the others were Muslims. Now, what’s Donald Trump doing today? He’s cutting taxes. He’s deregulating and he’s getting us to hate a new group of people. The others down there at our southern border immigrants, they’re the bad guys. Now verse, it was a black people then it was the Muslims. Now it’s the Hispanics. I can’t help but wonder who the next republican president is going to tell us that we need to hate. Who is the next target? Who’s the next group that we need to hate and fear so much that we’re willing to vote for a party that hasn’t had a new idea since 1979 if they had ideas, if they had a plan, if they had a platform, they’d be running on that. But instead, every day, every day since 1980 we have been told by a different Republican leader which group we need to hate and why we need to vote for Republicans to keep us safe from that imaginary threat.