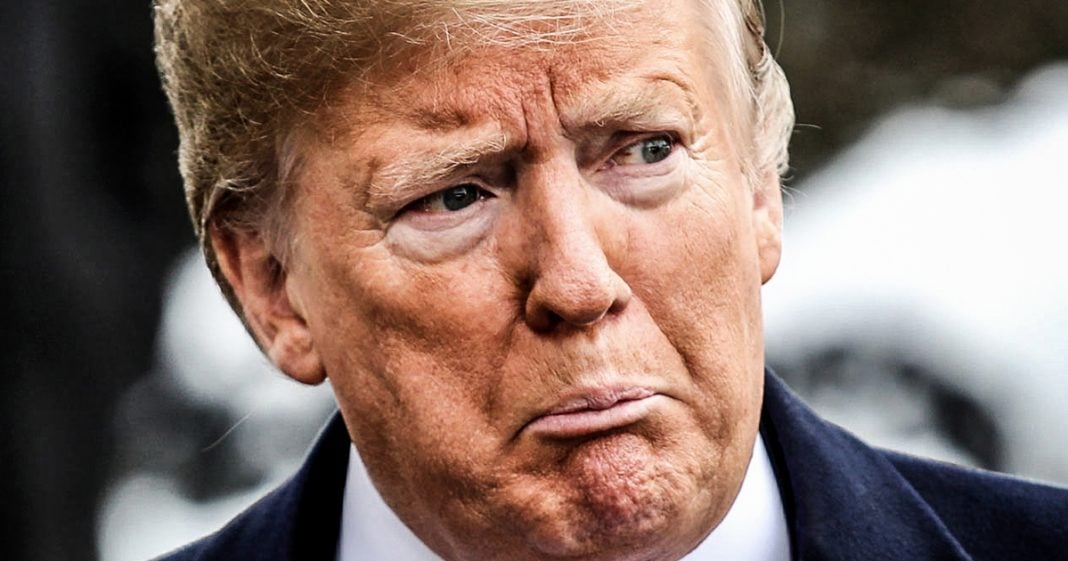 When the Democrats sent out their letters requesting documents and other evidence from Trump’s associates earlier this week, it seemed like a fantasy to think any of these people would cooperate without subpoenas and legal fights. But as it turns out, a lot of them are more than willing to hand over everything they have on the President, including his former Press Secretary Sean Spicer and the chairman of his inaugural committee Tom Barrack. Ring of Fire’s Farron Cousins explains what this means.

You know earlier this week when a Democrats announced that they were issuing requests for documents from 81 Trump allies and associates and organizations. I thought, that’s good. We need some accountability. I’m glad they’re doing these investigations. I have very low hopes for impeachment, but at least we could get the truth on a lot of this, but I also thought at the time, nobody’s going to willingly hand over these documents or cooperate with you. Hey, these are Trump’s buddies, his friends, his pals as business associates, his businesses themselves. They would have to be crazy to turn over these documents and willingly cooperate and I had predicted that a lot of lengthy legal battles were going to result in this. Luckily, apparently I was wrong because there have been a handful of people who got these document requests who have now said, hell yeah, I’ll cooperate. What do you want?

Let me know. I’ve got it all in storage. I’ll be more than happy to hand it over to you. Two of the big ones who are kind of at the center of a lot of it, even if they don’t seem like they are, is Tom Barak, who was a good personal friend of Donald Trump. He also chaired the president’s inaugural committee, which is subject of a massive investigation right now in case you weren’t aware of that. He said, yeah, I’ll cooperate what you want. The other person is Sean Spicer, the former press secretary, and as we’ve been told in the past, Sean Spicer kept notes of everything. A lot of it to Trump’s dismay, he didn’t like that. He like everything being written down, but Sean Spicer did, and now Sean Spicer says, yeah, you want what I’ve got have added. I had nothing to lose. Right? I can’t even find a job.

Nobody wants to hire me because I’m pretty much really discredited, but I’ll give you all the documents you want. This is bad news for Donald Trump. And the fact that these people, I, this all happened within 24 hours by the way of these document requests going out, the fact that they were so willing to immediately say, heck yeah, and let me know what you want. I’ll make it happen. That is going to really force other folks to kind of do the same thing. Now obviously there’s people who were on that a document list that are not going to cooperate. Eric Trump, Donald Trump, Jr. Ivanka, Eric Prince from black water who is actually also a part of the, uh, uh, Mueller.. targets, they’re not going to hand over anything. The Trump organization probably not going to hand it over. Those are going to be the ones that get fought out in court and those people in organizations are likely going to lose.

But the number of smaller people are lower people down on the totem pole that begin to flip and cooperate. And the people just above them who start to see that start to get a little worried, they then start to cooperate and so on and so forth. And before you know it, you’ve had a lot of your former friends going to talk to members of Congress handing them documents that you never thought they would get their hands on it. Yeah. This is going to be unpleasant for Donald Trump, but in the interest of transparency is going to be amazing for the American public.