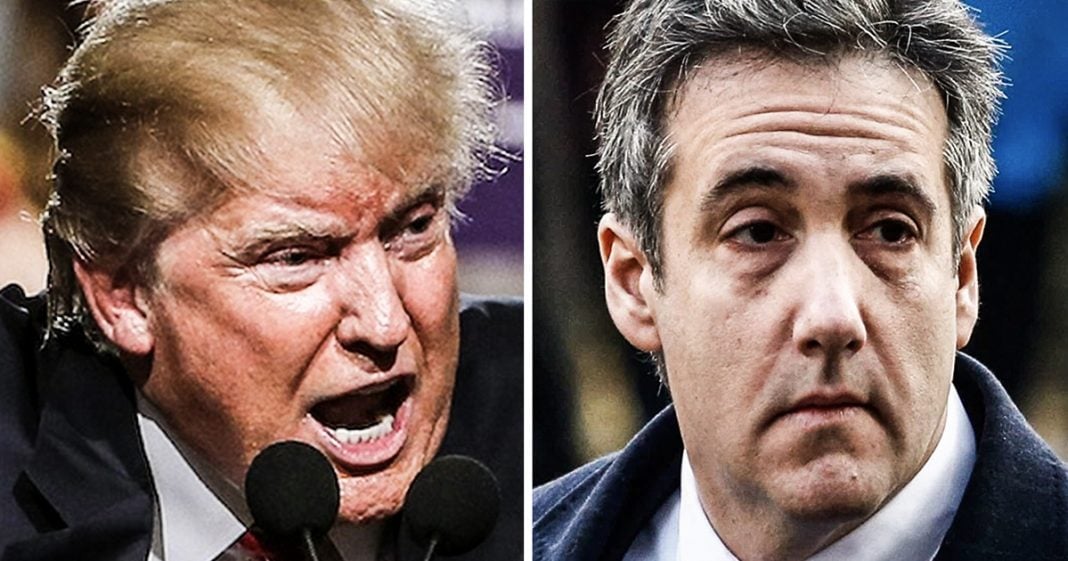 According to Donald Trump, the reason his talks with North Korean dictator Kim Jong Un failed is because of the distraction of Michael Cohen testifying before Congress, which is obviously the fault of the Democrats. The real reason that the talks failed is because North Korea has no intention of denuclearizing because the threat from the United States will never go away because of our obsession with “regime change.” Ring of Fire’s Farron Cousins discusses this.

Well now that everything’s kind of dying down from the and testimony and the Democrats launching their massive investigations and Donald Trump’s failed summit with Kim Jong-Un it’s time to really focus on Donald Trump’s failed summit with Kim Jong-Un. And in fact, last weekend, he actually told us why things went so badly with his new bestest buddy Kim Jong-Un. And according to what Donald Trump said on Sunday, it’s because of the Damn Democrats. Those Democrats scheduled a hearing with Michael Cohen that the entire world was watching. And it distracted him from being able to properly negotiated with North Korean dictator Kim Jong-Un. He couldn’t negotiate, couldn’t do anything. He was distracted. The world was distracted. It was chaos. And according to Trump, again, it’s all the fault of the Democrats. And of course, Michael Cohen, that’s why everything has fallen apart with North Korea. Well, I can’t say everything has fallen apart with North Korea because they have gotten everything they wanted out of this.

Uh, we’re not doing military drills with South Korea anymore. You know, we’re not over there kind of flexing our muscle, making sure that North Korea doesn’t do something stupid over there. Um, we’re not demanding any accountability for their nuclear technology and weapons capabilities anymore. So they, they win twice. And we’re literally as a country, once again, walking away with nothing but Donald Trump says it’s because of the Democrats. It was because they decided to hold a hearing with Michael Cohen on the same day he was sitting down to is nice negotiating table with Kim Jong-Un. Now here’s what it really is. It’s because North Korea doesn’t ever want to give up their nuclear weapons. They don’t, and they won’t. Past presidents realize this without having to make a spectacle of their meetings with him. They knew that North Korea understands the only way they can be taken seriously in the world is to have these nuclear weapons.

It’s not the truth, but it’s what they believe. They also, and it’s hard to fault them for this. They see what the US does to other countries around the planet. They’ve seen what we’ve done to Syria. They’ve seen what we’ve done to Afghanistan and Iraq. They see right now what we want to do with a random Venezuela and they don’t want it to happen to them. And they know as long as they hold onto those nuclear weapons. The threat of regime change and bringing democracy from the u s military remains low. We, the United States, we’re the biggest part of the problem. And if we ever want to make any kind of headway with North Korea, we have to understand that and accept it and fix it is the most important thing. We have to stop these needless and unnecessary wars of aggression that we’re launching. We cannot continue to act like we’re better than everybody else and that we’re the only people who need nuclear weapons when we’re actually the only people who’ve ever dropped them on a civilian population.

That’s the truth. And yet here we are sitting on our high horse telling these other countries, you can’t have these things because we can’t trust you. Well, what about the hundreds of thousands of people you guys killed with the, no, no, no, no, no. Don’t ask about those people. They were bad people. It was a war. Yeah. Nobody’s buying it. We are part of the problem and we cannot expect anyone to sit down in good faith at a negotiating table with us until we actually acknowledge and solve all of the problems that we have created as a country around this planet.