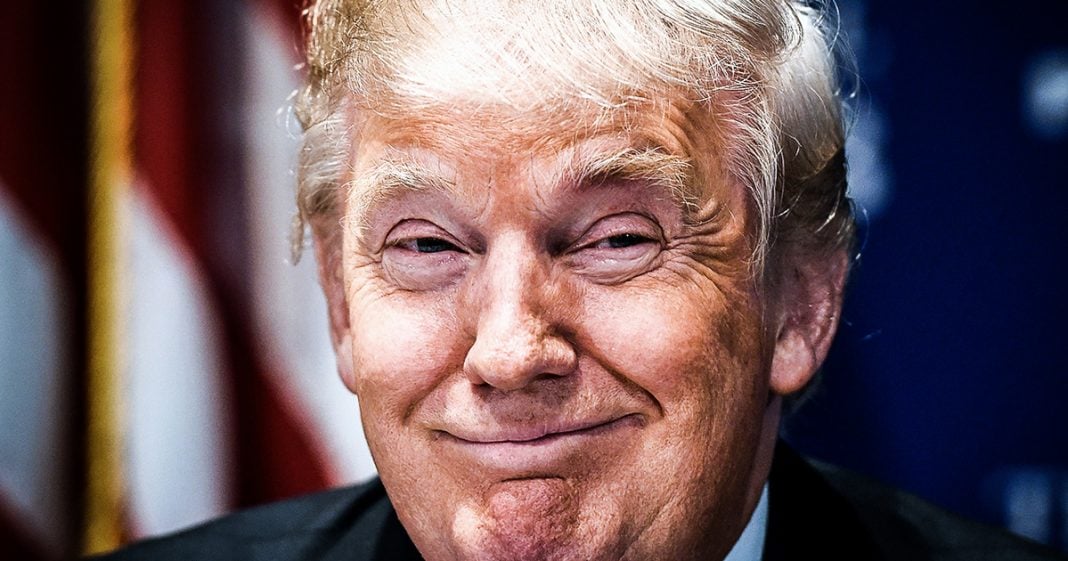 The new Gallup “Rating World Leaders” poll is out, and the United States under Donald Trump’s rule is no longer considered the global leader. The world now looks at Germany as the epitome of leadership, while the United States has a very weak 31% approval rating. This is a massive drop from the Obama years, as Trump has now taken us back down to the low numbers we saw during the Bush administration. This matters for many different reasons, as Ring of Fire’s Farron Cousins explains.

When Donald Trump was campaigning to be president of the United States, he promised us that there was going to be so much winning that we’re actually gonna get tired of winning. Now if you’re like me, you’re probably ready for the winning distort because man, it has not happened yet. And according to the results of Gallup’s recent rating world leaders pole, we continue to lose as a country. You see, when Obama was president in his very last year, the US ranked number one on this world leaders poll that Gallup does every year and we had a 48% approval rating across the planet and that was actually the highest. I know it’s less than 50 we are still the highest in Obama’s last year. And then during Trump’s first year we dropped from 48% to 30% and the results for the 2018 survey aren’t a hell of a lot better because now we’re at 31% approval rating around the planet and nobody is viewing us as a global leader anymore.

In fact, the new global leader is Germany. The country of Germany is now viewed as the global leader. People look to Germany for leadership on the issues. They look at Germany and say, there is a country that’s running smoothly. We need to listen to them. That used to be us. Everybody across the planet used to look at the United States and say, Eh, they got some issues, but we trust them. We like them. You know, most countries, obviously not all of them, there’s probably a good handful in the Middle East and some over in Asia that really hate us. Rightfully so. But nonetheless, we were the leaders. We were the leaders on climate change. We were the leaders on economics. But now other countries look at us and they laugh and yeah, it’s 100% because of Donald Trump. We’re no longer even really in the conversations about climate change.

We’re no longer the leaders in terms of treaties and packs with other countries because Donald Trump is tearing those up like a kid who ruined his coloring picture. We’re screwing everything up and I can’t even say we here because it’s Donald Trump again, screwing everything up. And if you think this doesn’t matter, if you think, well good, screw him to hell with them, we’re still a leader. USA, number one. Yeah, it matters a lot. It matters on issues like alliances in matters on economic issues. It matters on business issues. It matters on climate issues because if we’re no longer the leader, we’re subject to the whims of whoever the Alpha dog is at the time. Not only that, it diminishes voice at the negotiating tables. Republicans have to understand that they are backing the wrong horse. Here they are backing a president who is destroying the United States image abroad, and as we saw during the Bush years, that does always come back to bite us, just like it will with Donald Trump.