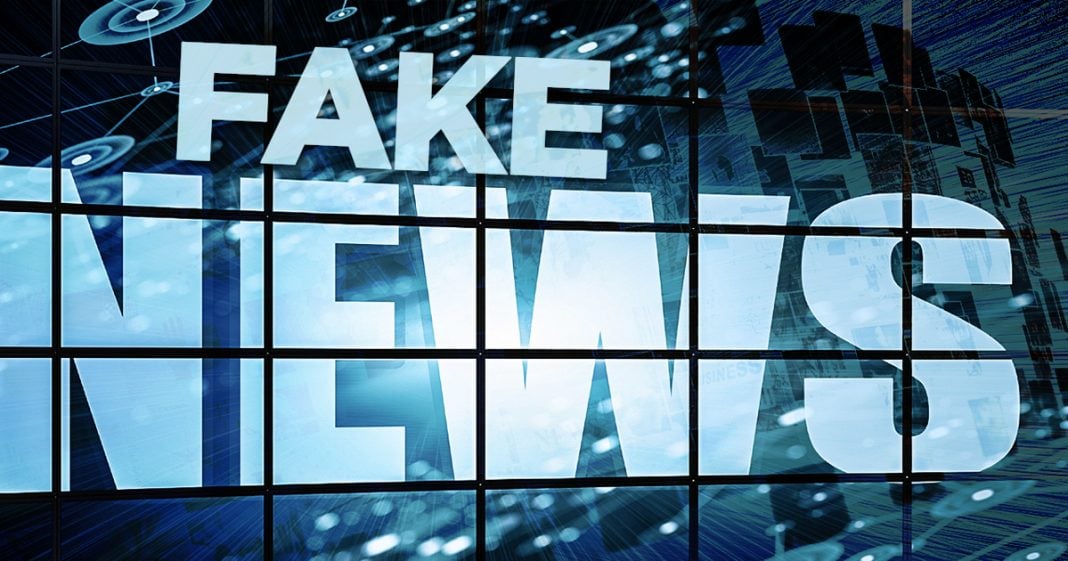 According to a new investigation, Republican consultants are launching more and more fake news propaganda websites because they are growing concerned over their chances in the 2020 elections. These websites are perfectly legal, but the information that they are putting out is completely false. This is their new avenue of attack, and we need to be ready to counter these fake news stories and spread the word about who is behind them. Ring of Fire’s Farron Cousins discusses this.

According to a new investigation by Snopes and Politico from a few weeks ago, Republican consultants are getting together and they’re creating a new army of fake news websites and Snopes did some of the investigation trace some of the funding for these and actually found out that some of these little websites, they’re popping up locally in communities trying to seem like a local source of news, but it’s completely fraudulent. They’re actually funded, surprise, surprise by the Koch Network. Not all of them, but some of them. So we have the Koch brothers out there, we have other big money Republican donors according to Snopes out there funding these fake news websites. And they all are meant to serve a single purpose to spread misinformation and disinformation and lies ahead of the 2020 presidential election. And they’re becoming more common. They’re popping up over night, you know, usually with the word daily in them.

Yeah, like we’ve seen with the daily wire, the daily caller, the daily, whatever the hell it is. But they’re all fake news. And here’s what’s so interesting to me about this. First and foremost, this is 100% legal. You can’t just go down, uh, go out there and shut down a website because they’re printing nonsense and jibberish. But it’s that they’re taking a playbook out of both our psyops and what foreign countries are trying to do here in the United States. You know, US intelligence agencies have never been shy about spreading propaganda and other countries to influence their elections. And that’s a bad thing. We shouldn’t be doing that. Other countries took a lead from us and started doing it here in the United States. That doesn’t excuse what they did over here by saying, well, we did it first. I’ve seen people make that argument and it’s absolutely insane.

Now it’s bad when anybody does it and nobody should be doing it. But now, republican operatives, Republican consultants, and Republican donors have said, you know what? This isn’t just for greedy governments anymore trying to get their way in a foreign country. Why don’t we just start doing it because we have no scruples and we’re just as bad as all of those other bad faith actors on the global stage. So here’s the thing. As I mentioned, this is legal. We can’t just shut these things down. It’s a violation of people’s constitutional rights. So what do we do? Well, we do the only thing we can do, we fight back with information. We help to educate people on how to identify fake news. You know, look for links, look for sources. If you can’t find any of those, move on and don’t trust it. If a website only links back to their own articles and then you check those and they’re also linked back to their other own articles, uh, zero hedge is really, really awful about that move on.

If you can’t source from a not you source, I don’t trust you because it’s likely that you’ve made it up. If you post an article that has no links, don’t bother unless of course it is a reputable news outlet. You’ve got Washington Post or New York Times or La Times or Miami Herald. Yeah, they don’t have to post links because they have investigative journalists. But if you’re on a website that you’ve maybe never heard of and you’re reading something that sounds too good to be true, but there’s no source links in there, move on because it’s likely not true. And those are the things we have to tell people. It’s very sad that we have to do that. It’s very sad that people can’t tell when something’s complete nonsense. But here we are, and this is going to be our job probably from now on. Fake news is here to stay and Republicans are trying to weaponize it. The only thing we can do is fight back with intelligence and actual information and help expose who is behind these phony fake news websites.