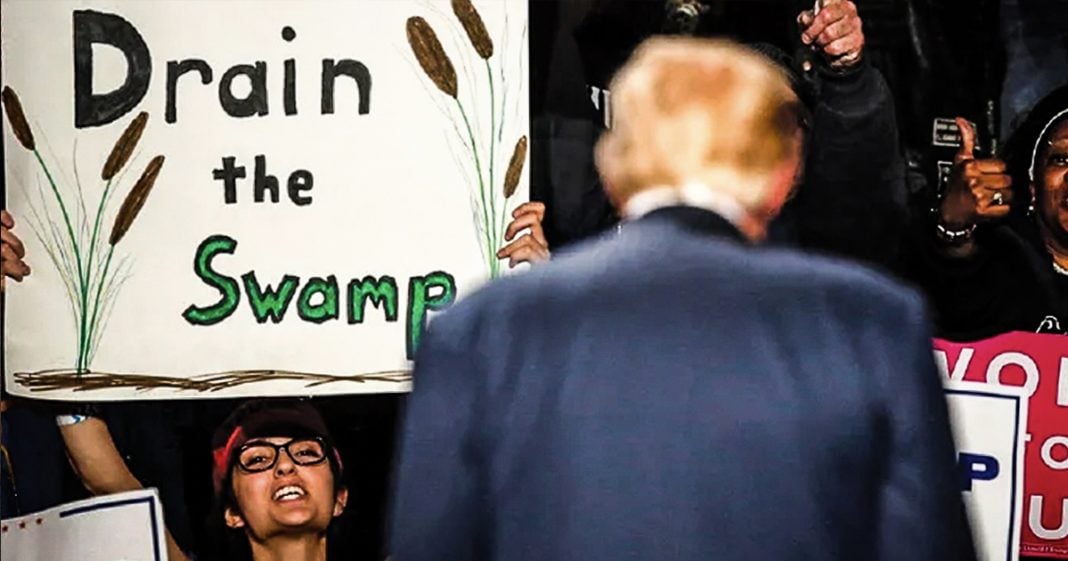 According to a new report, the working class in America lost roughly $323 billion thanks to the new tax code that Republicans put in place at the end of 2017. That $323 billion came in the form of deductions that were taken away from average, hard-working American citizens. Meanwhile, the wealthy elite actually get to write off the entire cost of a private jet, and we have to settle for picking up the slack by paying more. Ring of Fire’s Farron Cousins explains what’s happening.

Well folks, we are inching closer and closer to that day in April. That is the deadline to file your taxes. So millions upon millions more Americans each week are filing their taxes only to find out that these average hardworking citizens are paying more in than they had in past years and getting less back. And here’s the thing. According to a recent audit conducted by the Treasury Inspector General for Tax Administration, uh, average working class Americans so far have lost $323 billion under the new Republican tax plan, $323 billion that would have gone to the middle-class, to the underclass, to people struggling to make ends meet, living paycheck to paycheck. $323 billion lost for that group because of the changes that Republicans made to the tax code. Most of that money is actually lost because of the way they changed the deductions. You know, working class people, they took away how many things we could deduct, how much we could deduct things like property taxes, uh, teachers can’t deduct any more what they spend out of pocket for school supplies and a whole host of other deductions that middle-class people dependent on are now gone.

And as a result, we lost $323 billion. But if you’re a member of the top 1% and you bought a new private jet last year, guess what? You can write off the entire cost of that private jet. And I’m not making that up. That’s actually something that’s in the tax law. The cost of a new private jet, as long as your company made enough profits to cover the cost of the jet. So if you bought a $7 million jet, but you had $7 million in profit or more, you get to write off the entire expense of the jet that comes off your taxes immediately. $7 million. So essentially you get a free jet if you’re already wealthy. But we, everybody else just lost $323 billion. We didn’t get a break from any of this. Our paychecks didn’t increase because they changed the tax withholdings. As Republicans are telling us right now, that didn’t happen.

Our paycheck stayed the same each week and yet we’re finding out we owe you more because you said we did get a tax cut. They changed the withhold. You’re lying, you’re lying through your damn teeth, but your buddies, the ones funding your campaigns, they’re flying around and brand new private jets that they technically didn’t have to pay for. So where does that money come from? Well, you can sleep easy tonight knowing that that is part of the $323 billion, that working class people just lost your money. That extra money you’re paying in taxes is going to help pay for a millionaire or billionaires brand new private jet, a jet that you’ll never get the ride on a jet that you could never in your wildest dreams ever afford. But for the wealthy elite, it’s just another day for them. They take advantage of all the loopholes, the tax havens, all kinds of scams they can come up with to get everything out of the system while the rest of us are struggling, wondering how we’re going to pay this massive IRS bill that we never saw coming. This is what they do to us. There is no lying their way out of it. It doesn’t matter if you’re Democrat, Republican, independent, libertarian or whatever. We got screwed.

And if you need further proof, go look at the private jet tax. Write off and tell me how the working class benefited from this Republican tax code.