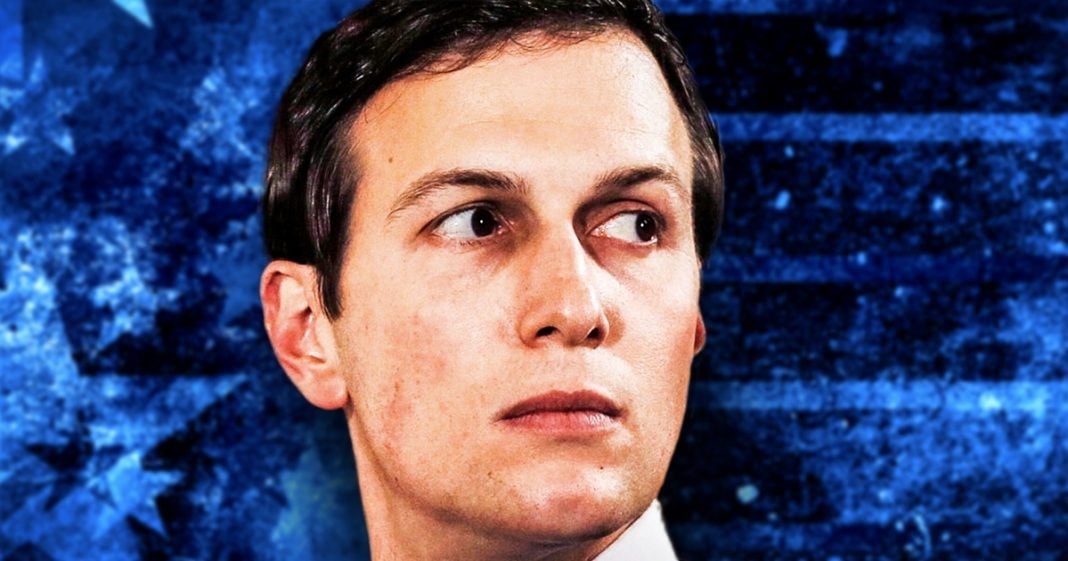 Democratic Representatives Ted Lieu and Don Beyer have called for a criminal probe into how Jared Kushner managed to get a security clearance over the objection of intelligence officials. They didn’t believe that Jared Kushner could be trusted with classified information, but as recent reports have stated, Donald Trump wanted them to go ahead and ignore their findings and give Kushner a full clearance. Ring of Fire’s Farron Cousins discusses this.

Democratic representatives, Ted Lieu and dawn buyer earlier this week submitted a request to the u s department of Justice in forming them and requesting that they carry out a criminal investigation into how in the hell Jared Kushner got a full security clearance. Now in their letter to the DOJ, they pointed out the fact that multiple sources have said, including Donald Trump’s former chief of staff, John Kelly, that Kushner was only granted a security clearance because Donald Trump insisted that he get it. Aside from that, the intelligence officials in charge of this, the people at the intelligence agencies who had gone through his records, they all determined that Jared Kushner was not worthy of having a security clearance. They viewed him as a risk, as a threat. He lied on his forms, and that is what Lou and buyer want the DOJ to investigate. If he lied on those forms, that’s crime. How about you at the ?

Look into this and figure out what the hell happened. This is one of those investigations that has to happen. You know, this isn’t something like, oh, we’re just going to stick it to Trump. No, this isn’t pie in the sky impeachment dreams. This is actually a very real threat at the moment. Jared Kushner cannot be trusted. Jared Kushner is a security threat. Jared Kushner lied about his foreign contacts. Jared Kushner continues to have meetings with dignitaries and world leaders where God only knows what he’s discussing with them and he is not qualified, nor is he worthy of having access to the information that he has access to. He didn’t earn it on his merits. In fact, by his own merits, he had disqualified himself and it was through the actions of the president that he was able to get this security clearance. Jared Kushner Mutts like Donald only cares about one thing in the world and that one thing is money.

Jared Kushner we know has met with the leaders of countries where he wants to do business or he’s met with leaders who have done business with him, who have helped secure loans for him. That’s what his entire tenure at the White House is going to be about. What can I get out of this deal? What can I give you to sweeten this up? And you can’t tell me that there’s not at least a handful of world leaders out there who wouldn’t love to exchange some sweet, sweet property in return. If Kushner hands over valuable secrets that that dumb ass isn’t even supposed to know. That’s what this investigation is about and that is why it’s so important.