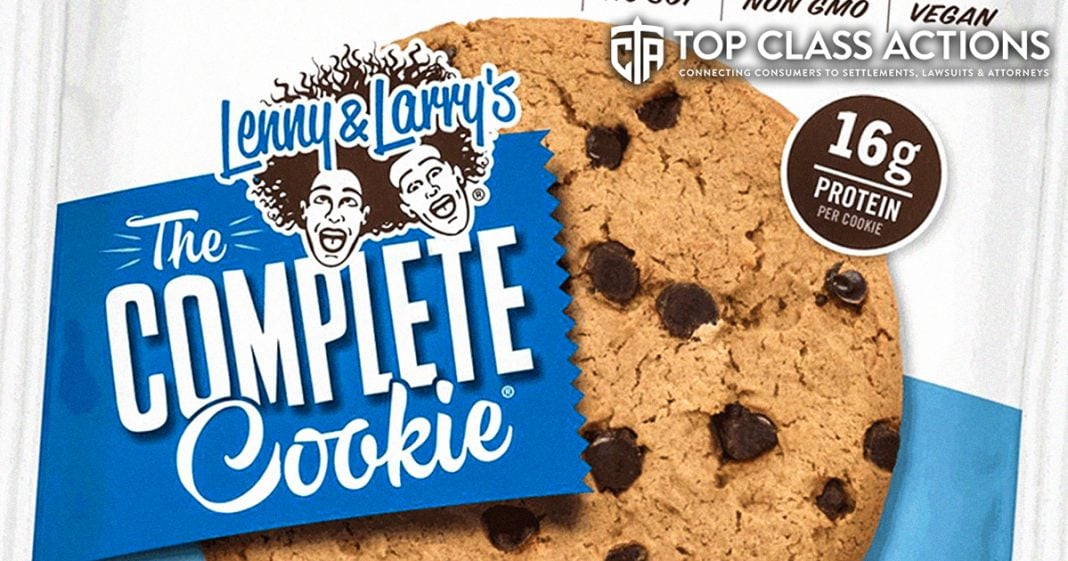 The U.S. government is urging an Illinois federal court to reject a $5 million settlement that would provide free cookies to Class Members affected by the alleged false labeling of Lenny & Larry’s The Complete Cookie. The government argued that the settlement plan serves only as a promotional opportunity for Lenny & Larry’s and will not provide substantial benefits for Class Members. Instead, the bulk of the settlement will reportedly benefit non-Class consumers. Ring of Fire’s Farron Cousins discusses this with Scott Hardy from Top Class Actions.

Farron Cousins:                  Typically any company out there that gets sued by their consumers is going to view this as a bad thing. Nobody wants to get sued. Nobody wants to be the target of a class action lawsuit. Typically it’s very bad publicity and ultimately will cost the company a lot of money. But according to the US government, there’s actually one company out there that’s trying to capitalize on a class action settlement that they agreed to and the government says they may actually be using this settlement as a form of free advertising for their product.

Joining me now to talk about this is Scott Hardy from topclassactions.com. Scott, Lenny & Larry’s cookies. They had a class action. Tell us about the settlement that they agreed to. What, what, what was the entire class action about? And then after we talk about that, let’s, let’s get into why the government thinks this is a really bad idea. Tell us what’s happening.

Scott Hardy:                          Right. So we covered the Lenny & Larry’s complete cookie class action settlement that was actually back in December. Claims have closed for it, which is why we’re seeing this, this challenge to the final settlement agreement now because the settlement is getting ready to pay out and be finalized. And so in the original class action, it alleged that the, the testing revealed the cookie’s protein content was far below 16 grams.

And so they advertise on Lenny & Larry’s cookies, you can get these at supplement shops, vitamin stores, you know, anywhere if you, if you’re buying protein, you want to get a lot of protein in there and they advertise it. They had to at least 16 grams of protein within their cookies and the test, the test came back not even close to that. So yes, it is a tasty cookie. I’ve had it myself now, tasty.

But sad that the protein wasn’t there, that it was promised if you’re working out diligently and trying to build up that bulk and that mass or just trying to replace a meal. So that’s what the settlement covered. And of course, Lenny & Larry’s had to update their labels and you know, say we won’t do this again. But what I think is, is genius, if this really was the point on Lenny & Larry’s part is what the government pointed out and the government said, hey, alright, this is a $5 million settlement and $1.85 million of it is cash.

The other $3.15 million is to be given away in free cookies. But the issue with that is that most consumers or claimants chose the cash option and now you’ve got of that $1.85 million, a million bucks of it is going to attorneys. So that leaves a, not a whole heck of a lot of money for consumers to actually get back in the firms, in the form of a payment.

In fact, it was originally proposed that consumers would get $50 per claim or up to $50 per claim, but now it looks like it wouldn’t even be half that. And so the judge has said, listen, all right, yes, you’ve got this settlement, but your claimants obviously want cash back, they don’t want free cookies. And by you saying $3.15 million of the settlement is free cookies that you’re just going to send out to your existing clientele to these supplement vitamin shops and these protein shops that are selling Lenny & Larry’s cookies, you’re just to be giving this away.

So you know, this isn’t really punishing you. Yeah, you’ve got to give away $3 million in free cookies, but you’re going to use those free cookies to sell more cookies. Right? All of these current vendors out there that are selling Lenny & Larry’s cookies still, will have a nice influx of free samples to give to their customers. So it really is an interesting point of view that the government has put out there regarding this settlement.

Because the people who were actually affected by it, they want the cash, they want their money back because they were lied to. So yeah, I mean, I guess from a business perspective, if you’re not looking at it from a consumer side, yeah. From a business perspective, this is awesome, you know? Wow. Okay. Yeah. We’re going to send out, you know, $3, $4 million in free cookies, but that is $3 or $4 million in free advertising.

You know, tons of people sampling our product and saying to themselves, this is a good cookie. I’m going to purchase this from now on. Wow. What an amazing deal for the company. Really bad for the, for the class, I think, you know, $25 or less dollars per person, that’s not a good deal whatsoever. And so I do agree personally with the government on this.

I think it’s a bad settlement. I think Lenny & Larry’s worked it out to their own benefit and that’s not what should happen. They should be the ones having to pay the price instead of consumers basically getting worked over again. They got scammed on the product and now it kind of feels like they’re getting scammed out on the settlement a little bit too here.

And of course, what we push at Top Class Actions is put that money in our consumers’ pockets, in our claimants pockets. Let’s make sure people are getting paid rather than use this as a marketing boost. Lenny & Larry’s is it going to be happy with that because of course they want the free marketing push and giving away $3 million in cookies from a retail perspective saves them a lot of money.

Cause you know, that’s not costing them $3 million bucks, but I think that they’ll go ahead and do the right thing for the consumers and switch around that ratio a bit. Make sure it’s more cash than cookies and hopefully we’ll get this one put to bed in the next two or three months.