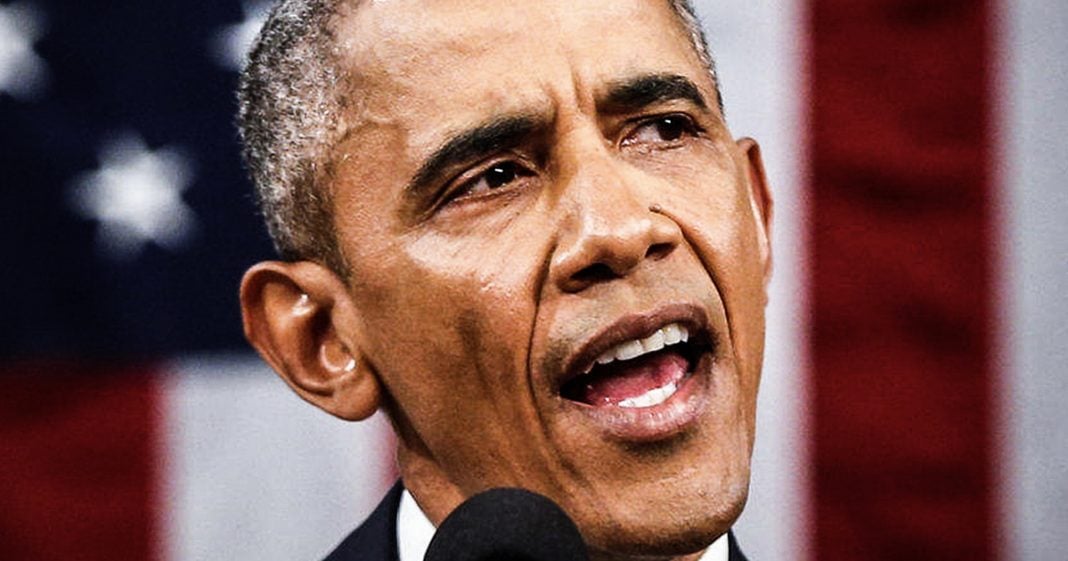 Former members of the Obama administration are warning the 2020 Democratic candidates to stop trying to play nice with Republicans because compromise just isn’t going to happen. They have a valid point, and the era of bipartisanship appears to have come to an end. But on some issues – the issues that actually matter to most Americans – there is no room for compromise. Ring of Fire’s Farron Cousins discusses this.

Several former members of the Obama administration have actually been out in the news recently where they have told reporters and journalists exactly what 2020 Democratic candidates need to remember while running for president. And that message is actually a lot different than the message they had when Obama was running. But the message is this, stop trying to be nice to Republicans. Now, to me, that’s a very good message to be sending to these 2020 Democrats after all. Joe Biden recently told us that Mike Pence is a decent guy ignoring his entire history of bigotry. But these Obama officials, no. From what they experienced, they, you can’t compromise with these people. There is no negotiating with these Republicans because they’re all so hyperpartisan. Now that bipartisanship is essentially dead. Yeah, sure. You can compromise and have bipartisanship on some issues. Criminal justice reform is one of them, but on issues that candidates are currently running on, there is no compromise and that’s what people like.

[01:17] Ben Lebolt, the former national press secretary for Obama’s reelection said, you know, we tried to play Nice. We did. Here’s what he said. Exactly. He said, believe me, we tried it. We set it, we prayed for it. It wasn’t going to happen. It’s not going to happen now and it’s not going to happen ever. That is obviously with regards to Republicans going along with what the Democrats want to do. We’ve been saying this for a very long time. In fact, this is one of the biggest issues we criticized Obama for during his entire eight years in office, is that you’re trying to work with people who hate you. People who made it clear that their only mission during your presidency was to see you fail. That’s it. That’s all they wanted to do. Undermine everything you did, and now that you’re out of office, they just want to erase your legacy.

And luckily people like Ben Lebolt, uh, people like Dan Pfeiffer have come out and said, don’t even bother. Don’t try to be nice. Don’t try to compromise with these folks. They’ll pretend to be your friends, eat you alive and spits you back out. You get nothing. They look like the heroes in their own party. Don’t bother with it. And for every single person running for president right now, which I believe there is a 896 of them. I don’t know. Um, that’s the message to go forward with, keep running on the issues, but do not compromise on those issues with Republicans because when it comes to things that matter, climate change, medicare for all drug pricing, $15 minimum wage, Republicans will never budge, seek compromise where you can find it, but on these issues that are truly going to determine the future of the United States, don’t you dare budge from your position because if you do, you will lose everything.