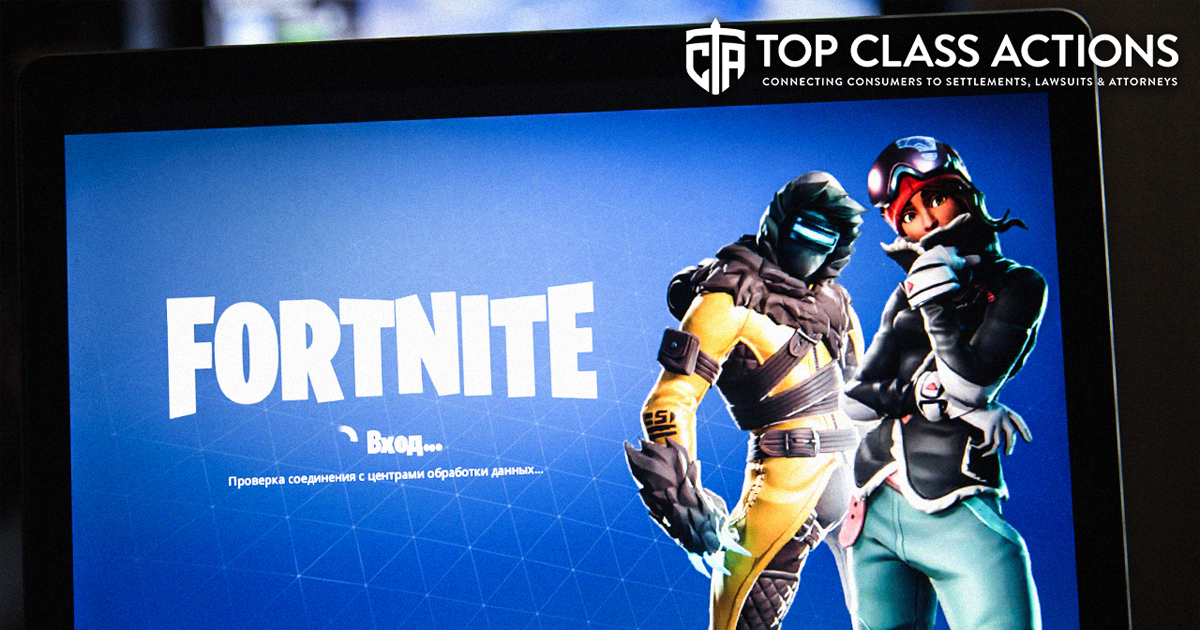 A gamer has lodged a class action lawsuit against Epic Games Inc., the makers of the popular multi-player game Fortnite, alleging his payment information was exposed in a 2018 data breach. “Security tokens” were reportedly accessed in the breach, affecting credit and debit card information consumers use to purchase money used in the game called “Vbucks.” Ring of Fire’s Farron Cousins discusses this with Scott Hardy from Top Class Actions.

Farron Cousins:                  Over the last 18 months. One of the most popular video games here in the United States and pretty much across the world has been Fortnite. But according to a new lawsuit, some of the people who made in app purchases with Fortnite have had their payment information stolen by hackers. The lawsuit also claims that had the company taken just a little bit of cybersecurity precautions. None of this would’ve happened. Joining me now to talk about this story is Scott Hardy from topclassactions.com. Scott lay this one out for us. I mean Fortnite is hugely popular. Typically among the, the younger Americans right now. They’re getting their parents, you know, debit or credit card, they’re letting them make purchases in the game only to find out later that this data may have been stolen because there’s not too much cybersecurity with this game. Tell us what’s going on here.

Scott Hardy:                          That was really cool. Nowadays you’ve got so many hackers and scammers that are trying to actually make money off of the hacks. And in this case they hack into the system. They get access to v-bucks, which is online currency you can use within the game. And it turns out that these cyber criminals can actually re-sell v-bucks through the dark web and through the Internet so that they can make money. So they hack into your account, they buy more v-bucks and then they take those v-bucks right out of your account and sell them to somebody else somewhere else in the world. And that is a, it sounds like it’s actually a big business for cyber criminals.

Farron Cousins:                  And any company right now, you know it’s a, if it’s an app company, if it’s a gaming company, cell phone company, they need to understand hackers are out there, they’re getting more sophisticated. If we put our personal information into any one of those items, it is going to be up for grabs. If the company does not take the necessary precautions to prevent it from happening, and that’s the other half of this lawsuit. It’s not just that their data, you know, was taken by other people. It’s that the company failed to put safeguards in place to make sure that things like this didn’t happen. The lawsuit says it would have been something very simple for this company to do. The company Epic that puts out Fortnite, they could have done it and they failed to. And they, they fully, you know, being a gaming company, a cell phone company, whatever it is, you do know that the risk is always out there. It’s not something that, oh we didn’t realize that hackers were a thing. No, you know it’s there. You know it’s your responsibility to do this and you failed to do it. Thereby failing to protect the people who play your game.

Scott Hardy:                          Exactly. So you have these players that are playing it, they expect to have some semblance of security over their account and it’s one of the world’s most popular games right now. So you would think that security should be a priority for Epic. You know, just it’s, it’s, it’s common sense. But the class action as you stated, it doesn’t just say it’s the v-bucks, but it also states that yes, even if your identity was stolen and you don’t know about it and no one’s used your information yet, you’re still covered under this class action because they want to make sure that if your identity is used and, and the information, cause it wasn’t just credit card information that was stolen, it could actually be a more identifying information about the gamers themselves. And so this class action is saying yes even if your identity hasn’t been used yet, if it does in the future, we want to make sure you’re covered, that you’re protected and that epic will pay you back in case someone does use that information for nefarious reasons.

Farron Cousins:                  Right, and as anybody who has ever had their information stolen can tell you having your debit card stolen, you know, having your address, anything out there stolen it, it is one of the biggest hassles. You know, and nightmares to be honest that any consumer can go through, you know, trying to get your money back, trying to get new cards, trying to get transactions canceled and it is absolutely horrendous. The hoops you have to go through through, you know, basically no fault of your own. And so hopefully this is successful and more importantly hopefully the companies involved and not just, you know, with Fortnite with, with anything out there. Hopefully they understand that they have to do a better job to protect their users. I mean this, this is something across the board that every tech company, game company, app company has to get better at because you know, you and I in the last few months alone have done too many stories about people’s data being leaked because the company didn’t take action to prevent it from happening. Usually action that would have been very simple to put in place.

Scott Hardy:                          Yeah. These things are, are, are fairly common safeguards. And I think if you’re running a website, if you’ve got, if you’re taking customers’ payment information, you need to make sure that is completely rock solid and safe. And you know, that’s, that’s something that when you’re making hundreds of millions of dollars a year, you can afford to spend $10, $20 million to safeguard your system, put the protections in place, otherwise, you know, they’re going to, would be what we refer to as that class action tax. So now they’re going to go ahead and pay out $5, $10 million to the viewers of their games in case they get hacked. And this is completely preventable from the corporation’s perspective. And they should address it on a global scale.

Farron Cousins:                  Absolutely not to mention the negative publicity that comes along with having to pay out these massive class, class actions because you failed to do the right thing in the first place. That’s going to make user’s not trust you as much. And that ultimately is gonna cost you some money as well. If anybody needs more information about this particular issue, you can follow the link in the description of this video. Head over to topclassactions.com and while you’re there, make sure you sign up for their newsletter. It is one of the best tools available for consumers to arm themselves with the knowledge that they need in today’s world. Scott Hardy, topclassactions.com. Thank you very much for talking with us.